Escape the Curse of the Temple

Set-Up Ease: Nothing is too hard for the brave at heart!5 / 5 Gameplay Ease: Just keep rolling dice like crazy 5 / 5 Replay Value: It’s a great filler game 3 / 5 Thematic: Haven’t you listened to the soundtrack? 5 / 5
Overall Rating: I have laughed myself to tears with this one 8 / 10

The reason I’ll be talking about Escape the Curse of the Temple instead of the more recent Escape Zombie City is simply because it was the very first real-time game I’d ever played, so it holds a special place in my heart.

I have two older brothers, so as a kid I used to binge-watch some films that little girls don’t usually care for. One of them was Indiana Jones’s Raiders of the Lost Ark. The game’s whole artwork immediately brings to mind the movie’s first scene, where Indie tries to escape an ancient temple that’s brimming with traps. As you play, though completely safe, you can’t help feeling an imminent dread. Moving along the dark paths and opening up new chambers takes a lot out of you, and you press your luck as you keep rolling your five dice, hoping to get the right combination to discover or enter a new chamber, to activate crystals or to break a curse.

Sometimes, a black mask might come up, which means that particular die is blocked until you roll a golden mask. If there are more people in the same chamber as you, they might be able to help you unblock it. This technically means you are all talking to yourselves, hoping that your fellow adventurers are close enough to hear your pleas.

Did I mention that there are no turns? Everyone plays simultaneously, so it all boils down to how fast you can roll. There is not enough time to actually sit back and consider your options, as is the case with other co-op games. The 10-minute soundtrack that transfers you to a dark and leaky cavernous temple is only interrupted twice during your entire gameplay to remind you that you need to hurry back to the safety of the starting chamber. The third time the gong sounds, you have to rush to escape the temple altogether. If you haven’t found the exit tile by then, you’ll hear the temple collapsing with you still inside it…

When you need a filler game that’s not too mellow to make your friends sleepy, this is what you need. A gregarious group of people will always enjoy playing it even just for once or twice every time you have a gamenight in preparation for a deeper game. You can also adjust the difficulty level by adding more crystals in the depot, so your exit will be harder.

Even though the rules are simple, the thing is that because everyone plays on their own, you can never be too sure that they are not cheating. It’s not such a big deal, of course, since they are on your side, but still, if you are a stickler for rules and a control freak like me, you might have a hard time playing. I should add, though, that all the hilarious moments the game can give you are totally worth the pain.

There is also the issue of variety. Actually, there isn’t. You have the same thirteen tiles, so don’t expect many surprises when playing the core game. I believe the Illusions expansion can kick the gameplay up a notch, but you will ultimately grow accustomed to that as well.

Oh, but the laughs…

I was born in the previous century, during a time when the hottest board game was Monopoly. Because of that, I stayed in the dark for too many years, until I discovered modern board games. It was the dawn of a new era for me, and there’s no turning back. I am an English teacher and translator and I divide my free time between trying to initiate my friends into new board games and pursuing my other passions, whose striking disparity establishes me as a Jack of all trades, or a completely unstable individual. You can never be sure, so tread lightly just in case.

Latest posts by MariaNerd (see all) 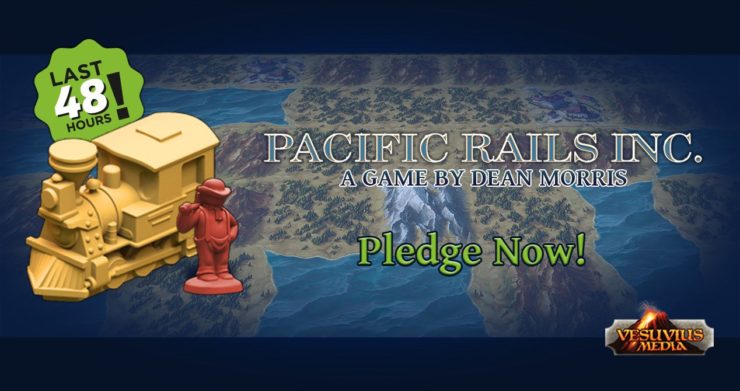