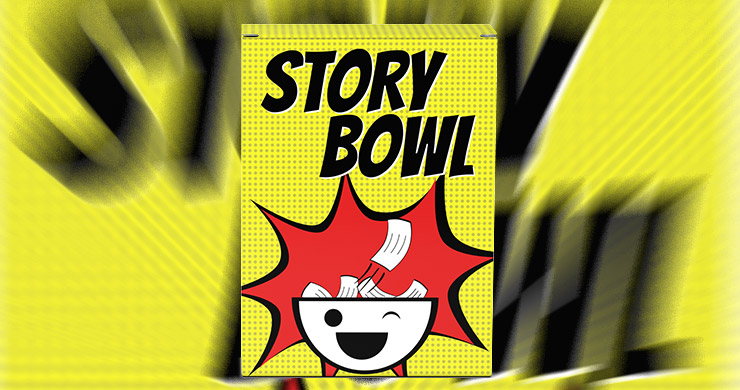 Story Bowl is a game that reimplements the old classic game, “Celebrities” and is the second game of Entrance Labs. But it comes with an interesting twist that enhances the team building and bonding between players.

The game contains a deck of cards with subjects that will trigger some good old stories from the players’ lives. You will be divided into two teams and will distribute 18 cards among the players. Then, each player takes a piece of paper (not sheets included) and writes down three words related to the subject on the card, for each card. Lastly, you will put all the papers into a bowl and you are ready to begin!

But let’s see an example of a card and how you create a micro-story. In the last game, one of my cards depicted: “A magic trick you remember”. So, I have to write down three cards related to that. As I have some street magic skills it was easy to remember some great moments and mind-blowing tricks, making me write down the following words: Freak – Shout – Laugh. Yeah, all these are related to that and will share the story behind it at the end!

Now that we have 18 unique micro-stories the game starts with the first round:
– SPEAK: On this round, each team takes a 60’ turn in which one player can say anything to their team, trying to make them guess the written words. You can guess them in any order and you can`t skip a micro-story! Guess as many as you can during the sixty seconds, after that is the next team’s turn. You keep taking turns until you discover all the stories.

When you have guessed everything, put back all the papers into the bowl and start the second round
– ACT: This works the same as the previous round but you have to describe the words only with charades and in only 45’. You can`t make any sound so unleash your creative body.

Lastly, you will get ready for the third and last round in the same manner
–SQUEAK: The same as the other rounds but you only have 30’ now and can only say one word, that’s it! Your team has to guess the whole micro-story with only that single clue, so get focused and keep your memory clear.

At the end of each round, each team counts the number of stories they have guessed and then gain one point for each. When the game ends, the team with the most points is the winning one. Now is the time to share the stories behind each paper. Don`t forget to be honest! For example, my story was about a time that I was making one of my favorite tricks, a card of the audience’s choice is getting revealed on my skin. People freak out every single time with that, shout to each other about what they saw and how they experienced it. Then, the best part comes, as they laugh but keep shouting about it, hehe.

The twist on “Story Bowl”, as you can tell, is that it brings a new element to the game with these micro-stories. Sure, it needs some effort from the players but it makes a great bonding-activity-party game combination. The fact that each card has three words on it may give you some hard time remembering them, along with the rounds getting harder and shorter. The game also comes with some variants for extra rounds that may appeal to some people thanks to their goofy feel.

THE RIGHT MOOD TO PLAY THE GAME
Many of you are already familiar with the base game so you know that this is a very enjoyable and funny game to play. Good with many people, for parties and can be used as an introductory game as it easy to learn and play. Its strongest aspects are its replay value and the social value it brings to the group.

You can find the game online if it seems interesting to you. 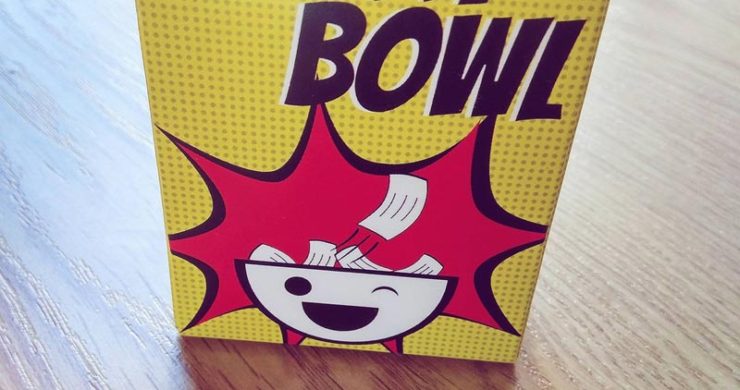 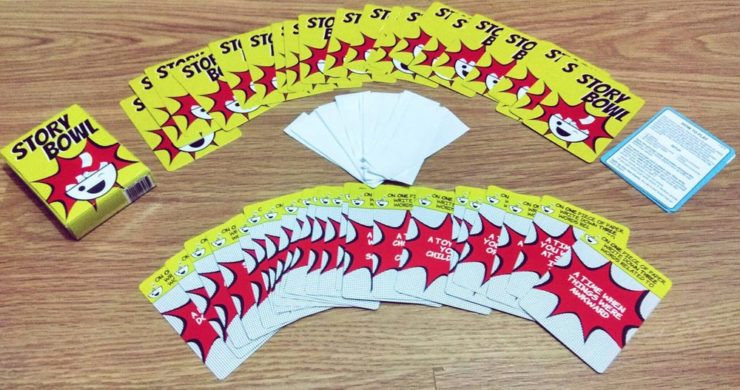