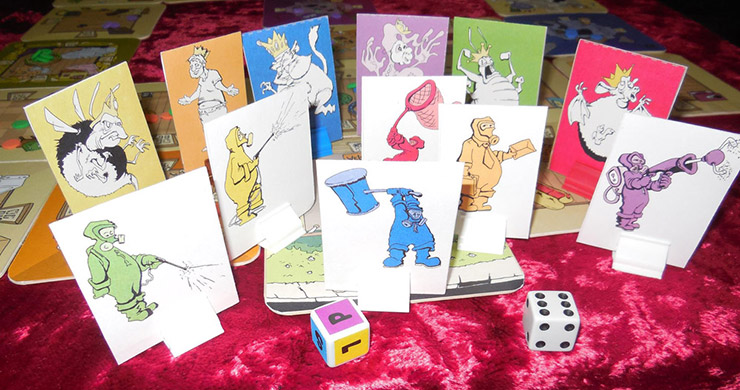 Pests! is right now on Kickstarter and the following preview is based on a prototype of the game. This means that the final product will have some rule changes and streamlining, higher component quality and some other slight modifications. Keep that in mind as they can change the player’s overall experience for the better. Also, note that it’s not paid by any means.

GOAL OF THE GAME AND GAMEPLAY OVERVIEW

You take on the role of a brave Exterminator, specialized in the eradication of a particular type of Pest. In this world, there are several types of vicious and playful pests trying to spread the chaos in the houses they infect. Being one of the best on your field, you will be hired to clear out the pests on a house infected by more than one species, meaning that your rivals will be there, trying their best as only the fastest Exterminator will be paid!
To be more precise, you will have to be the first player to seal the nest of your pests, eliminate them all and finally empty the trap with the Queen of your pests inside, after capturing her at any point in the game.
The game comes with six different sets of pests and exterminators to choose from, each with a unique ability and/or behavior. At the setup of the game, you will create and then infest the house using the various room tiles placing them one by one, along with your nest tile, resulting in a random house layout in each game! In addition, you will start with four toolbox cards, cards with offensive or defensive abilities that will let you change the tides of the game.
Your turn consists of two phases, “The Queen’s Turn” and “The Exterminator’s Turn”.
On the first one, you will roll the Queen die which can make her move, summon her pests towards her or populate, giving birth to (drops) four pests. If she didn’t populate, she drops a pest on the room she is in and then a pest emerges in the Nest room. You can stop both ways of pest growth in numbers by sealing your nest and capturing your Queen with your trap.
On the second phase, it is your turn to make your flashy moves and show to your Queen and pests who’s the boss here. You start with one optional “Free Move” action, deciding to whether use it or not and then have at your disposal two action points. There are many available actions to choose from, requiring one or two action points to be taken.

By spending 1 action point, you can take the following actions:
Move: Like your Free Move action, you move to another adjacent room.
Exterminate Pests: Roll the d6 and exterminate that many of your pests on your current room.
Drop Trap: You have one trap at your disposal which you can drop and trap up to seven pests on your room or your Queen!
Empty Trap: With this action you can empty your trap.
Destroy Opponent’s Trap: You can be a bad professional and return an opponent’s trap in front of them.
Play or Buy a Toolbox Card: Draw or play a card. These cards will definitely come handy, by giving trouble to your opponents or saving you time and offering some cool options.

By spending 2 action points, you can take the rest of the actions:
Seal Nest: I recommend to use this action asap. If you get to your Nest, spend the points to put your seal token on it and seal it so it can`t get life to more troubling pests.
Drag Trap: You can move and take a trap with you, even your opponents! This may piss people off.
Unseal Opponent’s Nest: This will definitely piss people off! If you are on an opponent’s Nest, you can unseal it!
The game will continue with players taking turns, until one fulfills the conditions mentioned above and is the best and fastest exterminator!
At last, there are some rule variants and a team vs team mode that may be more fun for you to play and cooperate.

The first thing that caught my attention was the unique and fun theme along with the cartoony artwork that fits perfectly. To let you take a taste, on my first game, I was trying to eradicate the most troublesome of all Pests, humans! Spoiler alert: they breed really quick.

The one game that came in mind after playing Pests! was the classic Munchkin. Not gameplay wise, but in the way that the winner of the game emerges. Both games have the “take that” aspect that is used to the player closest to victory, blocking them each time until someone manages to get ahead and win on the right timing. Some people may like that, laugh all the time and have a small adrenaline rush as they try to reach victory and stop their rivals at the same time. On the other hand, many despise “take that” on games and they don`t want others to get on their way, destroying their plans.
Luck is pretty noticeable in the game, but this can result in many funny situations or frustrating for some. In that type of game, luck doesn’t bother me, as it adds to the overall experience and the game doesn’t take so long (until now at least). The exterminators and some types of pests have different abilities, but I would prefer them to be more balanced, as some seemed quite stronger than others.
Overall the game has a nice mix of strategy, luck and chaos, making it fun and quite quick to play through turns. The aesthetics help a lot and it has an easy learning curve. In my opinion, it needs some modifications and tweaks here and there, but they already have their hands on that.

You don`t have to take games seriously and that is the case with this one too. Don`t play in order to win but to have fun, blast some pests and give a hard time to your friends! You may play smarter than the others, but in all games of that genre if you have some of them on your way you won`t get far.
Pests! will give you a cartoony feel, like Tom and Jerry or Ghostbusters, as you run in the house chasing pests and dealing with challenges. 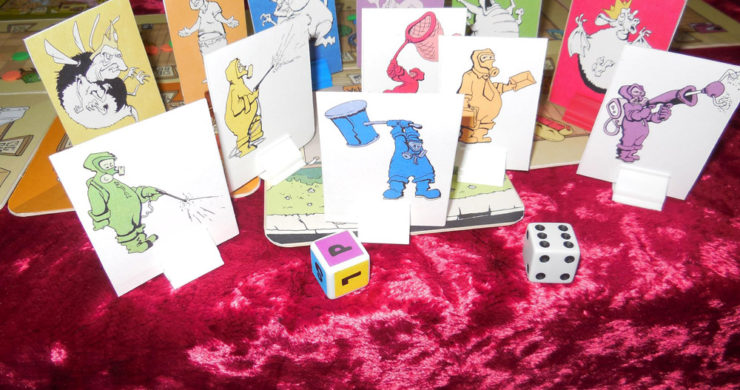 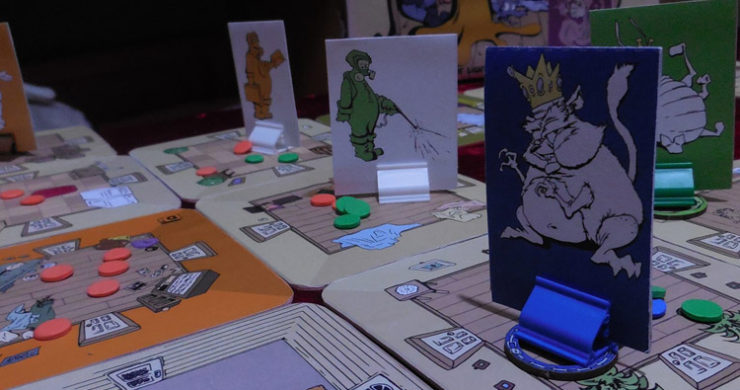 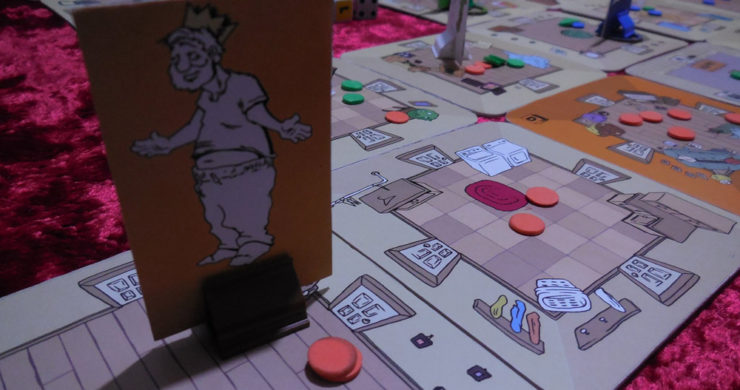 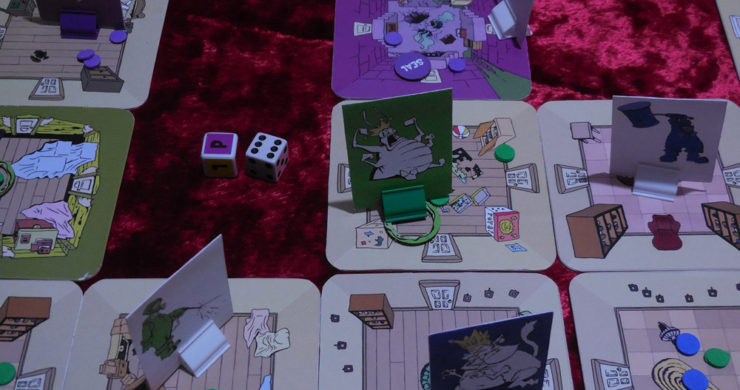 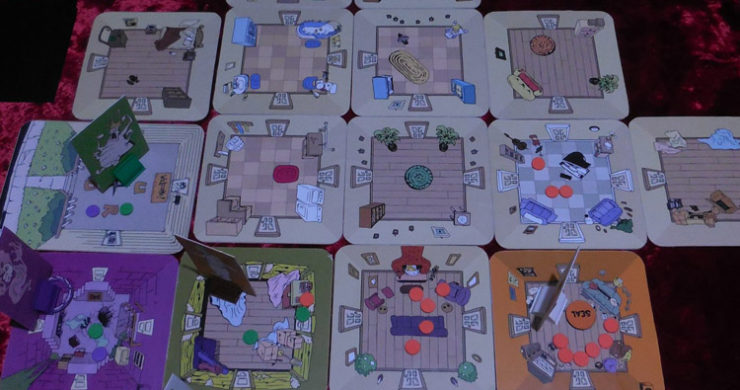