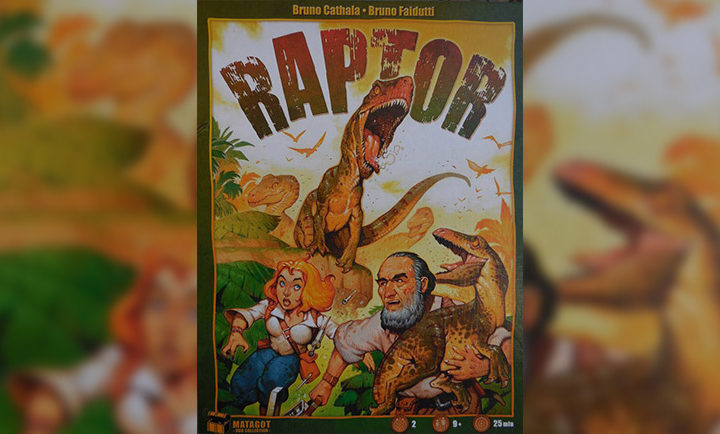 Goal of the game and gameplay overview

Raptor is a card driven 2 player boardgame with a slight asymmetry as each player has different win conditions and some unique gameplay elements.
One player takes control of the Mamma Raptor, trying to protect her babies and either successfully let three of them (out of five) escape to safety or eat all the scientist that threaten their peaceful lives. As you can tell, the other player takes control of the Scientists that have to either neutralize the Mamma or capture three of her babies before they run into the wild (Everything for Science!).

Each player has a nine card deck, numbered from 1-9 and each card has a unique ability, different for each side. The players have always three cards on their hand and each turn they simultaneously choose one card to play, placing it face-down. When the cards are revealed the player with the lowest numbered card will trigger its ability and then the other player will gain movement/attack points equal to the difference between the two cards values.
This is the main mechanic of the game and in my opinion is brilliant! The game comes with modular board that will be randomly created in each game and has two different skins, jungle and savannah!

What a unique game! Both its theme and mechanics are fresh and interesting. Many say that it is an abstract game and they are right, it’s essentially an abstract game BUT it has a great theme on it. I don`t know if it was a paste-on theme but it fits the feeling of the gameplay really well. The aesthetics and quality of the game (miniatures) really enhances the thematic experience of the game. When you play the Raptors you can feel that you have to protect your newborn or hunt and eat all the scientists if they get you mad! On the other hand when playing the Scientists you can feel that you hunt the babies down but also experience the fear of the angry Mamma that hides through the jungle and ruthlessly attack you.

What I like the most in Raptor is the fact that you have to read your opponent and can outplay them, the perfect mechanic to have in a one versus one game. As the game goes on you can narrow down the cards that your opponent may have in their hand before they reshuffle their deck, giving you some deep strategy and hard choices to make.
Another great element in the game is the asymmetry of play in the two different sides. The different actions, abilities, game pieces and win conditions are enough to make each side feel different. I think that the game is pretty balanced and it is up to you to make the best out of each team’s advantages but I would recommend you to play the game twice each time, once with each side.
Overall it is a game that I will definitely keep and would recommend for it’s interesting theme and deep but easy to grasp gameplay.

Put your hat on and load your weapon or just sharpen your claws and let the hunt to begin.
This is an easy game to learn but definitely not a non-brainer! When you want to challenge someone but you don`t want to play another wooden abstract game and need some excitement, this is the game to bring out. It can be stressful as you wait for your opponent’s move or to see if they chose the card you foresaw. In addition sometimes it can be a bit frustrating if your opponent outplays you in each turn but you can always turn the tables on them so don`t let it to affect you.
So, don`t let your Jurassic Park experience go in vain, hunt or be hunted! 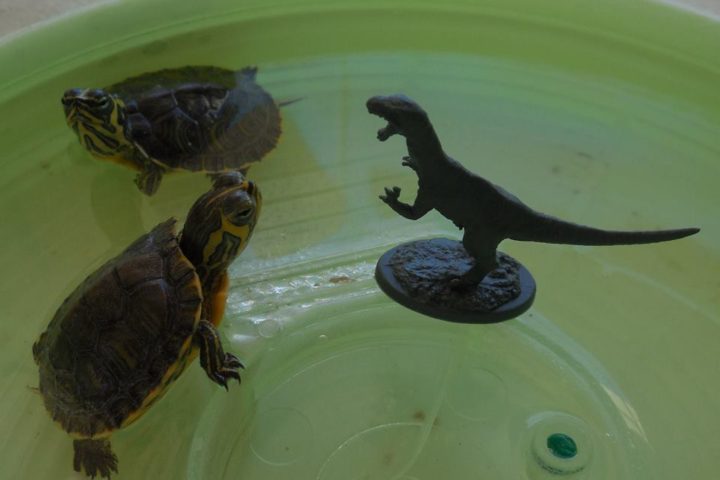 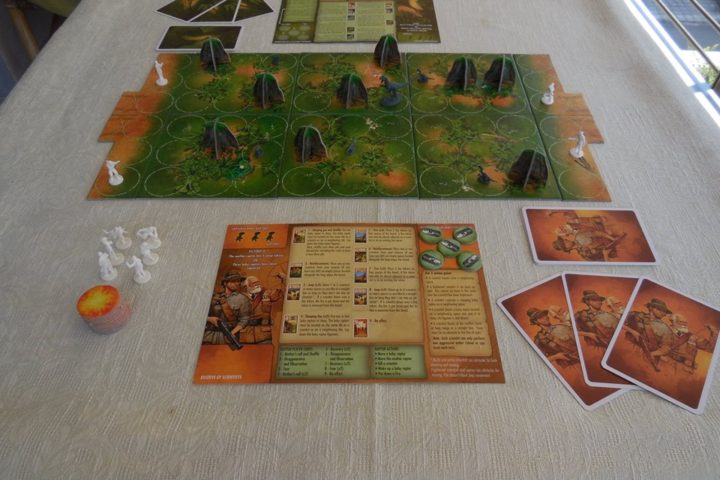 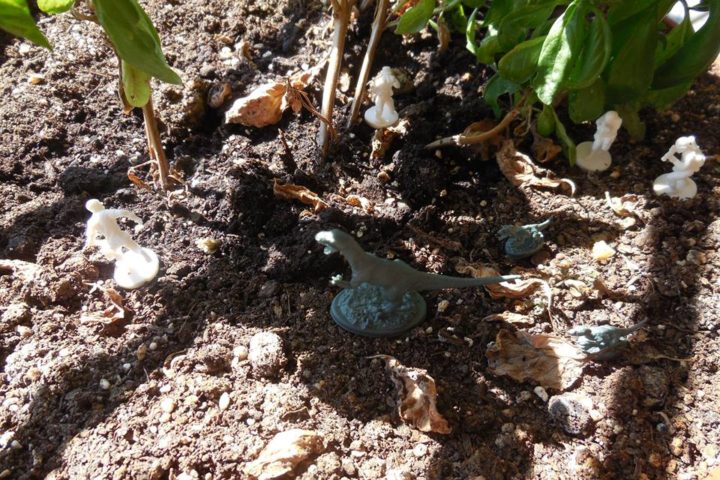 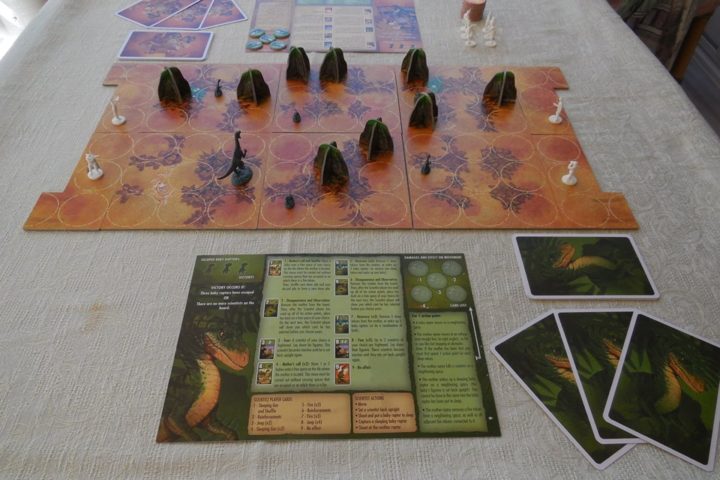 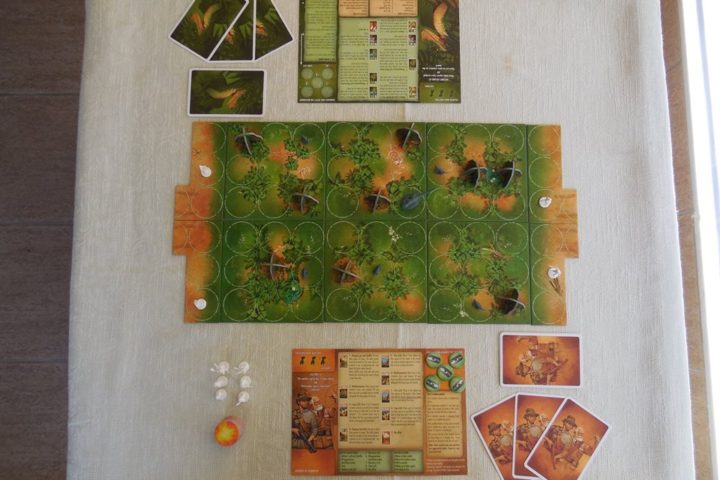