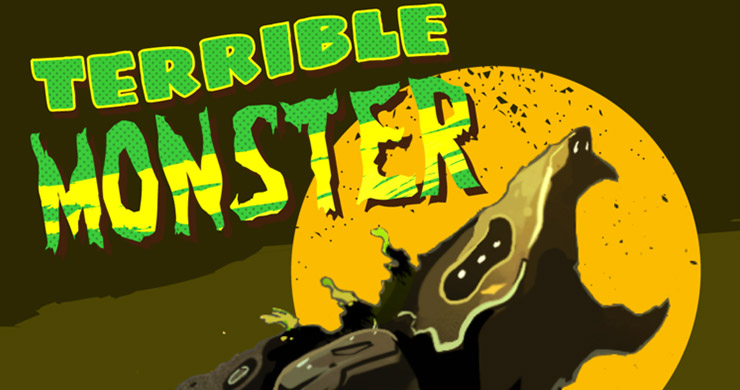 Terrible monster is the first game published by “Sweet Lemon Publishing “, designed by Japanese designer, Shun. A very smart micro game with only 16 cards, elegant and fast as expected. I also got my hands on the mini expansion for the game, so this review will cover both and give a separate rating.

Goal of the game and gameplay overview

The rules of the game are very well written and compact, so it will be a matter of minutes to read them and start your duel. The goal of the game is to reduce your opponent’s life points to zero! I call this the child of Love Letter and Magic the Gathering.

To setup the game shuffle the cards and deal 5 to each player, these will form your starting hands. The remaining cards are set aside to form the main deck. Then, give each player four life and two counter tokens. On your turn, you have to follow these simple steps:

(Only on the first turn of the game, the starting player doesn’t draw a card and can only play up to one).

Then, it’s the next player’s turn. You go on until one player eliminates the other.

Let’s get down to the card types and in what these mysterious counter tokens do.
There are two types of cards in the game, “Monster” & “Spells”. When you play a Monster, it stays in front of you and has a specific effect from which you benefit. On the other hand, Spells are one time use cards, which get discarded as long as they are played and their effect is over.
Whenever you play a card, your opponent can use one of their Counter tokens, by discarding it, to nullify your cards effect and discard it. BUT, if you want (and have) you can use two of your own tokens to counter your opponent’s counter reaction. So, as you can tell, these tokens are really powerful and can change the tide of play.

The 16 cards of the base game are the following:

The expansion of the game brings 4 new cards to add to your deck, along with 7 Hero Cards. These are a new type of card, letting you have a unique ability each game, according to your character. How do they work? Just deal a Hero card to each player, face up, at the setup of the game. Each one has a once per turn ability which you can use instead of playing one card. The cool part is that these abilities can`t be countered by the use of counter tokens!

Let’s take a look on each card.

That’s everything you have to know about the game and how it plays!

The first thing I have to say is to give this game more than one play. I say that because it has an interesting learning curve and you may jump to conclusions faster than it should. I was excited to see how it could work, cause, gameplay wise, seemed so weird; a Summoner Vs Summoner type of game with only 16 cards. So, after each game I started to understand more and more about the game, one of the reasons that I was undefeated for about 10 games.

It’s an extremely tight bluffing and deduction game that makes you feel the tension of the 1vs1 battle and that every wrong move can be fatal. For me, the strongest and most interesting mechanic of the game is the Counter tokens. Seems like a small touch to the game but it is the whole game! Burn them too fast and your doom is coming sooner than you thought. That was a mistake that many did on their first plays and I make sure to punish them as they couldn`t react to any of my cards as they run out of them. Also, countering a counter is very important too, so everything is about the right timing or the right way to bluff.

Learning the cards is an essential aspect too, as you can narrow down every possible move or combo that your opponent may have up their sleeves. The cards are well designed, taking advantage of each element in the game in a way that every card feels powerful and useful. You can`t play just one game, that’s for sure, as it is quick and fast paced, so I would recommend a best of 3 match. It sure can feel repetitive but each opponent will give you a new challenge, making it almost a mind game.

Now, about the Expansion. After I played the basic game so many times, I was ready to bring in new stuff, always excited to do so. I`ll be honest, this expansion is a must if you like the game. As long as I put in these 4 cards, I would never put them out, as they don`t add to the complexity at all – to an already very easy game – and they put interesting new abilities and create new combos with the old ones. The Hero cards are cool too, as they are not mandatory to play but if you feel like having a unique ability to take advantage over your opponent at the right time they give a nice flavor and strategy. Even if you don`t get to use their ability, it’s there to give you an extra option and path for combos or even to victory.

As I played the game my initial rating went up in each play, even I am not a huge fun of 2 player games. So, another game that showed me that Japanese designs tend to be elegant and smart, with depth in such a small box.

This is a light game but you mustn`t take it lightly, as you must use your brainpower to read and outsmart your opponent! Are you in the mood for a fast battle or a series of battles that are fast paced and will make you stretch your deduction muscles? Do you want a game that you can learn it to your friend in a minute and it’s easy to play? This is right up that alley. 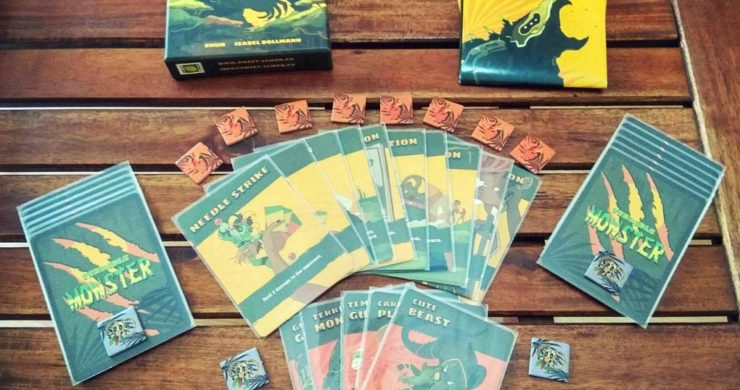 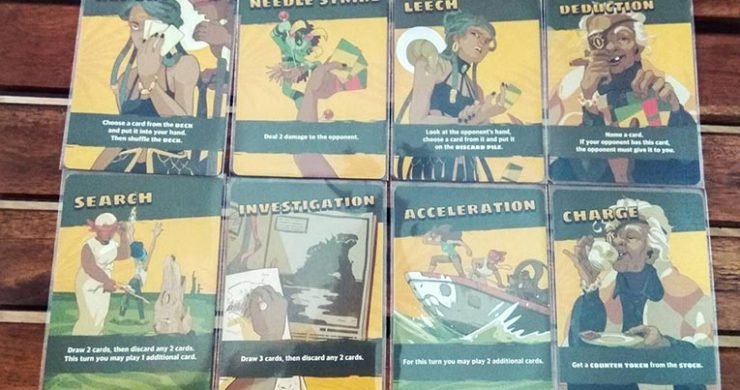 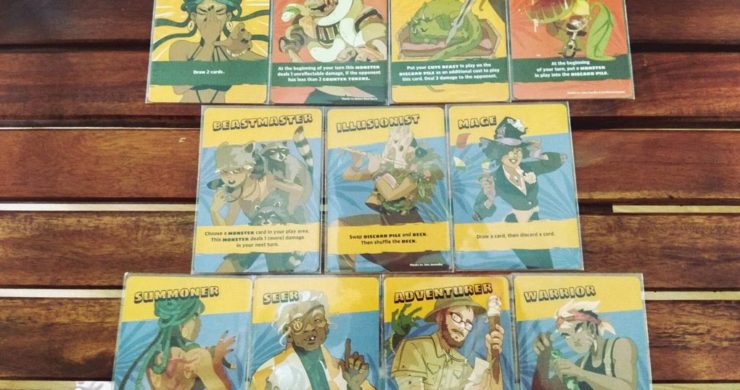