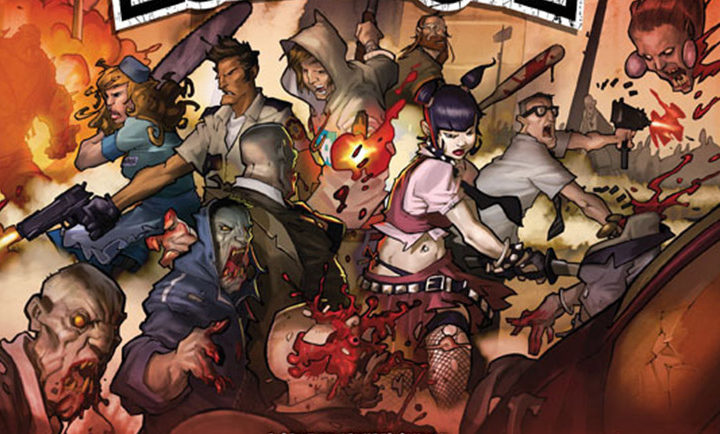 Set-Up Ease: It takes some time, but it will be worth the trouble2 / 5 Gameplay Ease: Even the ‘easy’ scenarios can be quite demanding 2 / 5 Replay Value: Double-sided tiles and 10+ scenarios 4 / 5 Thematic: The minis and illustrations make the experience eerily realistic 5 / 5
Overall Rating: Give me a zombie-themed game any day! 7 / 10

Zombicide: Season 1 was the first game of the series that ultimately changed a lot of gamers’ lives. It now has a bunch of expansions and extra cool stuff that establishes it as a collector’s much sought-after treasure.

What it is about

Zombicide is a collaborative, action point-based board game, which is largely dependent on chance but also tests your strategic skills. The base game comes with six unique characters, each one with a special ability that can help the whole team if you use it wisely. In one word, replayability. There are nine double-sided tiles in the base game, which make it possible to create a different board every time you play. The rulebook contains ten scenarios for you, but there are more available in the official page, created both by Guillotine Games and by fans. Also, because fighting zombies is quite dependent on dice rolling, you might have a different experience even when you replay a scenario. If you like the Walking Dead, I’m sure I don’t have to convince you. The dozens of zombie miniatures that gradually fill up the board are enough to make you want to try this game out. Have you ever wondered what you would do in a zombie-Apocalypse? Here’s the chance to find out what you’re really made of!

The plethora of extras allows you to constantly build your game with different characters, their Zombivor versions (they do not appear in this version, sadly) and new types of zombies and locations.

It takes a little while to get accustomed to the rules, so be ready to leaf through the 32-page rulebook several times. If you’re not so much of a reading type, you’ll probably get frustrated.

Even if you do like reading, you still might hate some of the rules. One that bugs me, in particular, is that when zombies are in the same zone with other survivors, you have to shoot at the latter first if you’re using a ranged weapon. Um… why? Whether you like it or not, you will inevitably establish some house rules. I, for one, never accept a frying pan as a weapon that can be found in a police car. Duh.

Sometimes, characters have to take one for the team. This could lead to their doom, so it is likely that some players might be left without a survivor to control. If this happens during the first half hour of a three-hour-long scenario, someone will have to resort to playing solo games for two hours and a half…

One practical aspect that I’m not a big fan of is that item cards are too slippery and you cannot disturb them so much, otherwise they’ll end up on the floor. Luckily, Zombicide: Black Plague has this one all straightened out, using plastic trays with various slots. Yay.