Rather Dashing Games have started taking pre-orders for Element, a new board game where players use the four elements block another player’s movement to lead them to victory. The area control game will be released in March. Learn more here.

Level 99 Games has been fulfilling Kickstarter contributions for Millennium Blades, designed by D. Brad Talton, Jr. So what better time than now to announce their next big game: Seventh Cross, a dungeon crawler-style game where you defend your church and the world against ancient creatures below the surface. A theme similar to The Others: 7 Sins mixed with Anime, expect Seventh Cross to appear on Kickstarter this fall, with fulfillment in 2018. See an early preview of the game and its art here.

Another game coming to Kickstarter later this year is Street Masters: Rise of the Kingdom, the first release from new publishers Blacklist Games. Designed by Brady and Adam Sadler who helped create Mansions of Madness and Star Wars: X-Wing Miniatures Game, this modular miniatures game takes a page from classic arcade-style beat-em-up games like Street Fighter and Mortal Kombat, offering a story mode and an arcade-like ‘Showdown Mode’. No preview of the game yet, but expect it to appear on Kickstarter late this year. 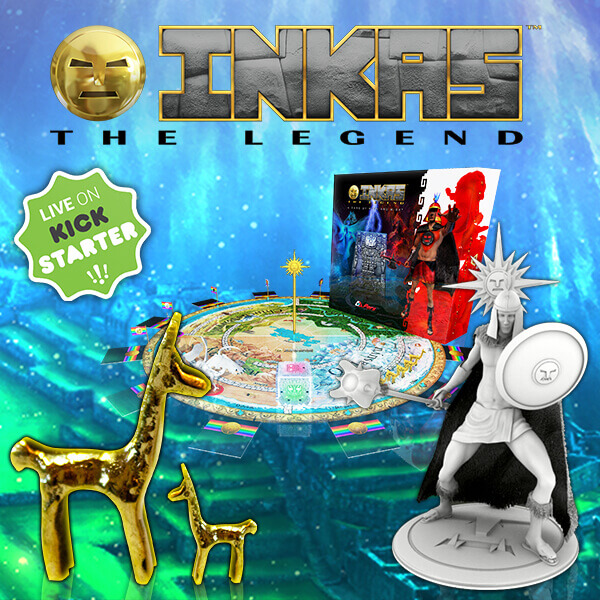