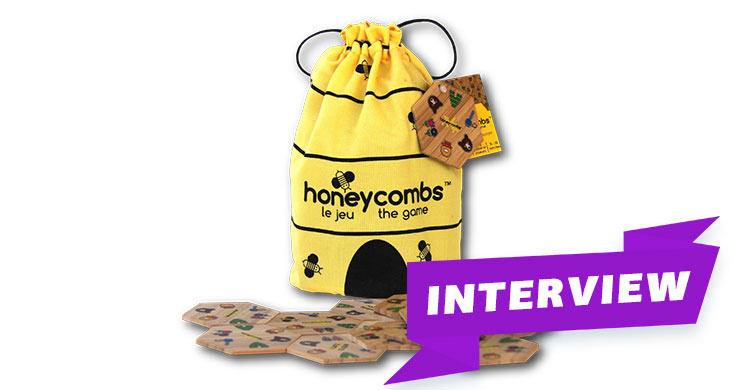 It’s never easy to have to make the tough decision to cancel your Kickstarter campaign for a board game you designed, especially when your worked so hard on your game. That’s what 4 Sisters Games did when the cancelled their family-friendly tile placement game Honeycombs ten days into the campaign. But it is perfectly normal to cancel a campaign, go back to the drawing board, and come back with a new campaign so you can reach those funding goals. But it’s not usual to see a board game cancel its campaign, plan for a comeback, then suddenly announce they are now available for purchase online and in stores. What happened? I spoke with Heather Clarke from 4 Sisters Games to find out what happened with Honeycombs.

Bubbles: Thank you for taking the time to speak with us, Heather. How did you come up with the idea behind Honeycombs?

Heather Clarke: Well, my husband has always been the ideas guy. He’s come up with a few ideas for games in the past, and always would try them out with our four daughters, and we always ask them to be honest and not to worry about hurting anyone’s feelings. So when he came forward with the initial idea for the game before it was Honeycombs, every one of us was excited, and we were all on board! He came up with the idea of using the hexagon shape for the tiles with matching symbols, which looked like a honeycomb, so as he was shaping and tweaking the game, it transformed into that theme.

B: Was there something that triggered that idea for the game?

HC: He really came up with it out of the blue. He’s always thinking about ideas for games.

B: Is this the first game he or you designed?

HC: No, it isn’t actually. This is actually our fourth game. We do have one you can find on Amazon called Hashtags, and we’re just in the process of repacking that game. His first game was called Numero, a party game where you had to guess a number that would appeal to all ages. It didn’t do well, but that was just part of the process to get us where we are today. And he has another idea now, so we’ll see if that comes to fruition.

B: How long did it take to design the game, from idea to physical product?

HC: I would say he presented the very first concept probably about a year ago, and development was pretty quick because he already had experience designing and developing games and knew who he need to speak to to find out what the costs would be. After some research we immediately started testing it.

We’ve tested the game with friends and family, who may not always be very critical. We went to a couple of board game cafés in Toronto, and that was really huge for us. I’m really thankful for having those game cafés that have those game designer nights. We’ve also tested the game with children as young as five, with seniors, and even alzheimer’s patients, and had really good feedback. But for those serious gamers as the game designer nights, it was very encouraging.

B: Great! So you came up with the idea, you play tested it, you settled on a solid foundation of the concept of the game. Did you immediately decide then to bring the game to Kickstarter?

HC: It was a bit more of a gradual step in that direction. Kickstarter was on our radar, but you need to put out so much money up front, and there is that risk that comes with a Kickstarter campaign for both designer and backer, especially when you self-produce the game. But it was another great way to test what strangers think of the game, so we went for it.

B: So you put the game on Kickstarter. What happened next?

HC: For the campaign, we decided to produce two versions of the game for a broader reach – a version with plastic pieces and a version with eco-friendly bamboo pieces. Because of that, our target goal was considerably higher, about $22k. But we quickly saw that the bamboo version was the crowd favourite, and that was going to affect our minimum orders with the manufacturers where we had to produce far more versions of the plastic version to meet that minimum order. So we decided to take our Kickstarter down, and we intended to restart the campaign with just the bamboo version.

B: Was that discouraging that you chose to take down the Kickstarter campaign?

HC: Oh yeah, it was so discouraging! To put all of that work and energy and emotion into the campaign and then to have to take it down, I was heartbroken to be honest. But I knew it was the right decision. This was a family affair, so we sat down and ran through the pros and cons of keeping it up and taking it down, and we all agreed that was the right decision.

B: So dropped the plastic version and stuck with bamboo. Is that the cheaper option?

HC: Actually, no. Ultimately, plastic is cheaper, but it required a larger minimum order and some more set up costs at the beginning, so at the time bamboo was the cheaper option based on the volume required for a limited run. Maybe we’ll make the game available in plastic, maybe another material, but for now we made the game in the bamboo to see how it sells for the campaign.

B: But you never did restart the campaign, and now you’re in stores!

HC: Well, what happened was we had an opportunity to attend a trade show, and at that show we met a lot of people excited for the game as well as several distributors who wanted to carry it and small family stores who wanted to sell it. And it was at that show we found a distributor we liked and trusted with a history of great relationships, and signed a deal with them. At that point, we didn’t think it was right to put it back up on Kickstarter.

B: What was the takeaway from your experience on Kickstarter?

HC: That was a great learning experience, and I would recommend Kickstarter to other people. I was pleasantly surprised to discover such a beautiful community of really great people who are interested in your product and cheering for you and willing to give you feedback, that was fantastic!

But the biggest takeaway was that it is not a failure to take your campaign down, reassess and find out what you need to do to make sure game is the right product for the market. And in our case, the Kickstarter campaign may not have been a success as we were not backed, but had we not took it down or if we did relaunch the campaign, we would not have been at that trade show and met our distributor.

B: So a failed Kickstarter campaign that turned into a success through alternate ways. Based on this experience, what advice would you give to anyone looking to use Kickstarter to sell their game, or to yourself for your next campaign?

HC: Don’t be afraid to make changes if you have to, even if you are so emotionally invested in that game. People really want to see you succeed, and they backed you because they believe in you, but you won’t success if don’t really listen to your backers and their suggestions.

B: Awesome, that’s all my questions. Thank you for your time, and good luck with the game!

Heather Clarke is the co-owner of 4 Sisters Games and a mother of four. Honeycombs is now available for purchase for your family game night. You can learn more about the game and for ways to purchase here. 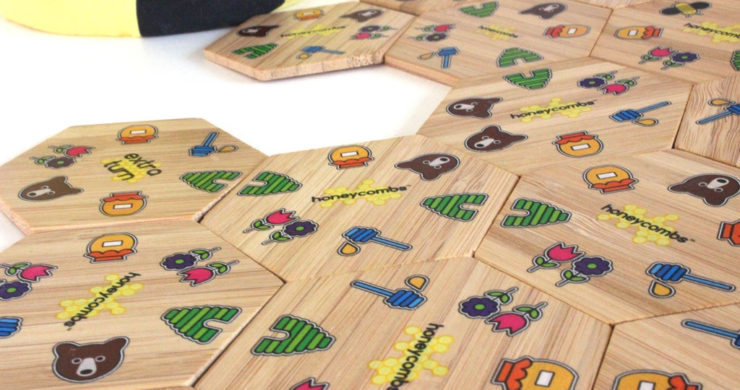 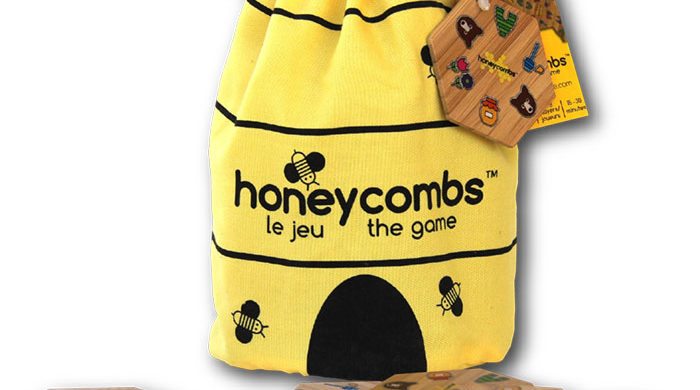