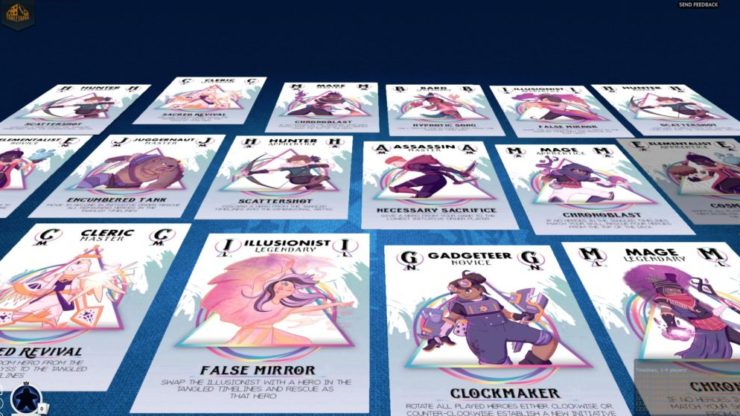 Tangled Timelines – a Look at the Solo Mode Gameplay

You probably know how much I love solo modes, especially after announcing the Tentaccolade for the game of the year. Tangled Timelines is a card game, that has popped up on Kickstarter this week, and despite being described mainly as a multiplayer game, solo mode was what drew me in.

Thankfully, the author did what most creators should do to attract backers. He used Tabletopia and Tabletop Simulator. Allowing people to test the game quickly and see that it’s fun is one of the best practices in the Kickstarter tabletop community. Now here I am, after testing the game, and checking out the official livestream. So how is it?

Tangled Timelines takes you to the world, where time travel is possible, but as a result many heroes from different timelines get mixed up and need rescuing. This may often include helping their past and future selves: kind of what we’ve seen in Back to the Future movies…

We share new & upcoming Kickstarter board game projects and deliver crowdfunding news straight to you. Our experience and knowledge comes from supporting a multitude of campaigns in the tabletop category.

Latest posts by KickAgency (see all)