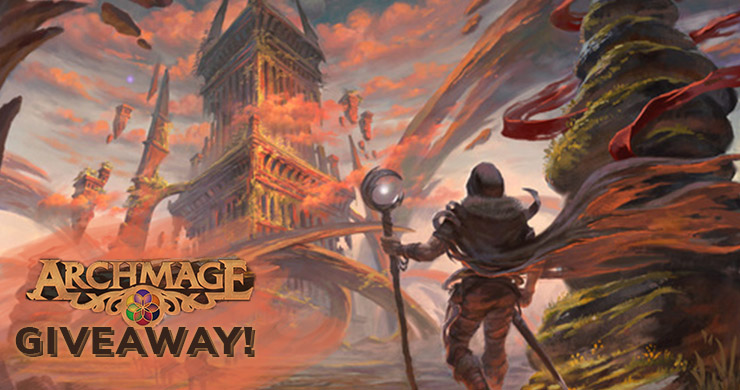 The world is in ruins. You take the role of an inexperienced but talented mage who is trying to become the new Archmage of the land. An Archmage is born when the six planets are aligned and has the power to weave all spheres of magic to one. Can you become the next Archmage and restore the ruined world back its former shape?

When setting up the game, you must build The Lands according to the rules with the location tiles. Each player gets a tower board, a spell book and a set of 18 spells along with 25 followers. Also, the players get a mage tower, relics and planet tokens for tracking. The final turn is triggered when the 6 planets align.

There are six spheres of magic in the game. Time, Will, Death, Blood, Nature and Matter. These Fundamental spheres of magic can be combined to perform Advanced spells and Master spells. There are 6 spell cards for each level. In the game, you use spells with the help of your followers. Each follower at the beginning can only learn a spell of the fundamental sphere, but if you want to have more advanced spells in your spell book, you must blend the magic spheres to promote your apprentices. An apprentice can be promoted by fighting another apprentice of the same level. The other apprentice is returned to your company. When an apprentice is promoted you learn or forget spells and you have to refresh your personal spell book.

But how can you learn those spells? In the game, there are The Mythic races. Elves, Demons, Dwarves, Dryads, Goblins and Gnomes. Each race can help you learn a different sphere of magic but only if you seek, find their lost relics and return them back. There are also three hybrid races: Drows, Trolls and Gremlins. These relics can be found in the locations of the game or through combat.
In order to cast a spell a mage has to pay the cost with relics. One relic for a fundamental spell, 2 for an advanced or 3 for a Master spell. Combined spells can be paid with combinations of relics.
Now that we know some basics for the game let us see a player’s turn. There are 3 phases:

The kickstarter campaign offers the game with a discount and there is also a limited deluxe edition for those who want something special. The price of the game is very fair considering the number of components that there are in the box. The shipping costs vary from 12-34$. If you like area control games and euro style games, Archmage is a unique blend with much strategy and depth. Check out the game on Kickstarter! 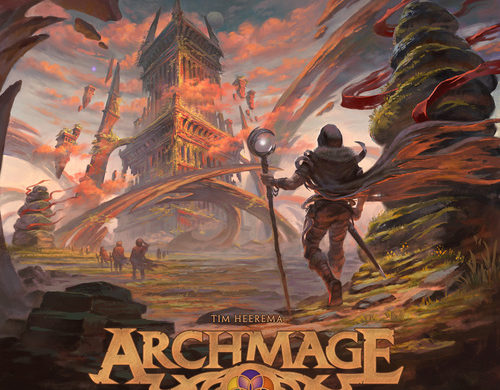 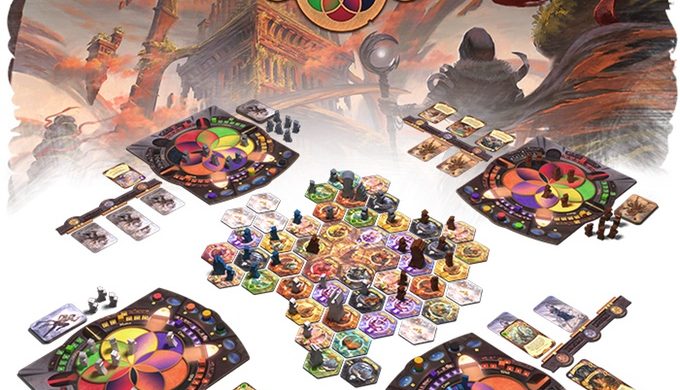 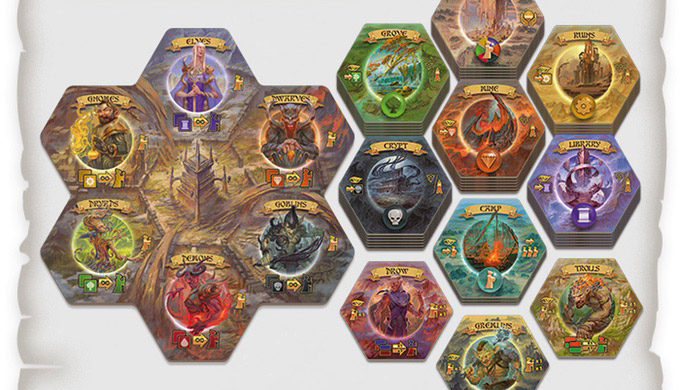 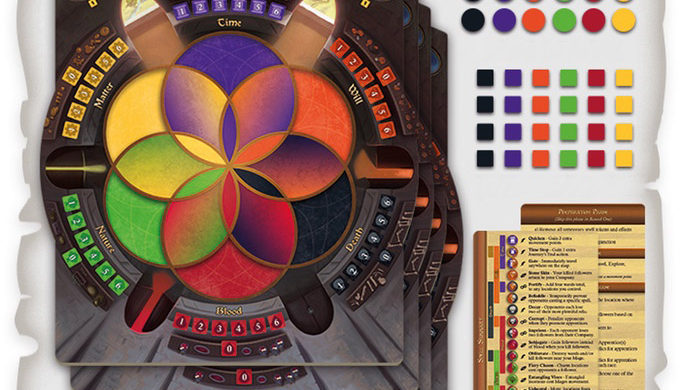 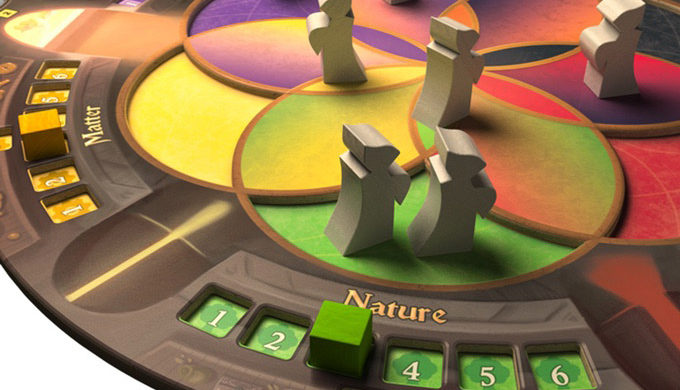 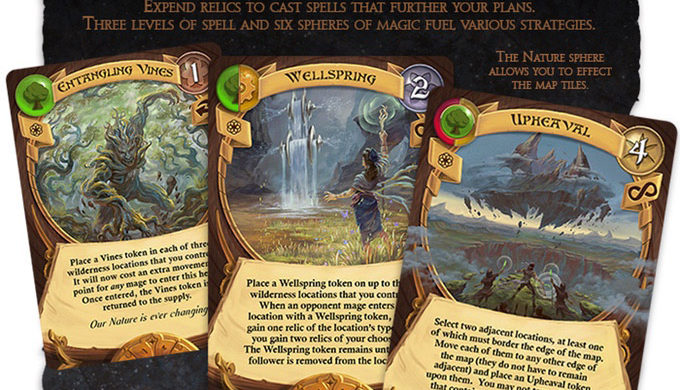 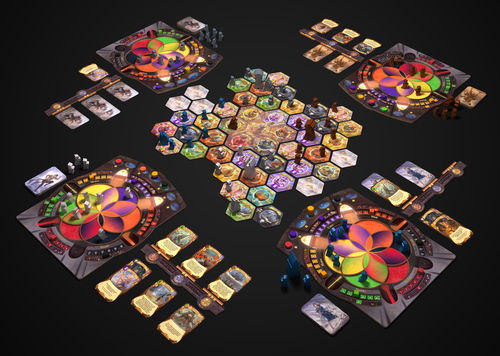 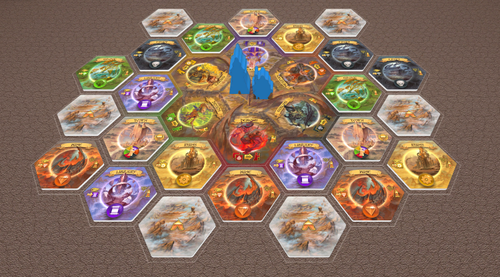 Game Salute is giving away a Collector’s Edition copy
of Archmage!

Complete the actions below and get as many entries as you can for a chance to win!

The game will be given away and shipped by Game Salute. The winner is picked randomly and will be informed within a week after the draw! All giveaways follow BoardGame Stories’ Terms and Conditions!