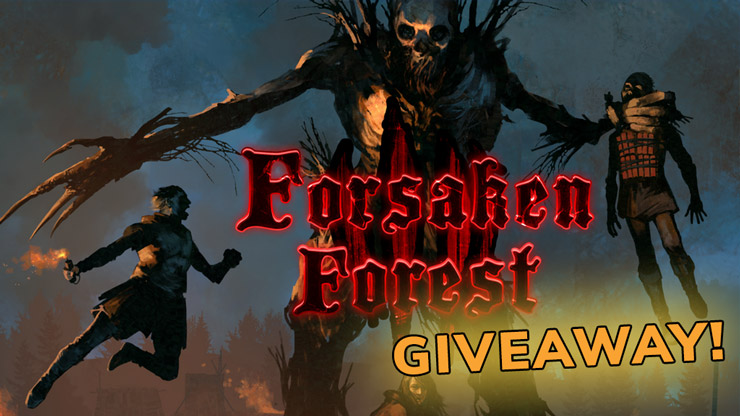 Forsaken Forest is a new social deduction game that just launched on Kickstarter! A mix of the classic Mafia/Werewolf and strategic card play mechanics, adding a twist to the mafia-based games.

Game Overview
The game follows some of the same principles as Werewolf, having the Villagers(good) and Forsaken(bad) teams, but it adds a whole board which contains some secret destinations. After dealing the secret roles you will go through the standard phase of closing eyes and letting bad guys recognize each other. On this game they will also be responsible to place each destination card to a spot, receiving knowledge of each locations true destination.
The game revolves around a deck of cards, the Travelers Deck, which is the main mean of action for all players, giving you a plethora of options throughout the game.

Theme
You are trapped within a forest, enchanted with dark magic, trying to get back to your Village with the cure for a mysterious plague. But, among you there are the Forsaken, Villagers that are controlled by the Forest’s dark power, instructing them to manipulate your group and bring you to the Void to feed on your innocent souls – wahaha!

Goal
Your role will determine the group you belong to, thus which is your goal.
As a Villager you win in either situation:
All Forsaken players are eliminated from the game.
Your group is successfully lead to their destination – Village.
As a Forsaken you win in either situation:
The Villager – Forsaken ratio is 1:1 or lower, meaning that they can overpower the Villagers.
The group is lead to its doom, destination: Void!

Basic Game Flow
The game is played over a series of Days and Nights, until a winning condition for either team occurs.
A Day is composed of a non-fixed number of Day cycles. A Day cycle consists of six player turns and a Forest turn, in which a Forest card is drawn, bringing deadly challenges to the players. If the Forest card drawn is a Darkness card, the Day phase ends and you continue to a Night phase, otherwise you continue with a new Day cycle. That means you can go over many cycles before night comes!

The Night is composed by a fixed narration and the various actions resolved by the Forsaken and all the active special roles that must take action on that phase. As you would expect, eyes closed, the Forsaken team will choose a player to be eliminated before the Day comes once again.
The game revolves around the various decks with the Travelers Deck being the main mean of manipulating the flow and elements of the game. Its cards have two basic characteristics: Speed & Sub-category. Their speed depicts when they can be played, Slow Actions can be played only during your turn and Fast Actions can be played at any time! There are 9 available sub-categories (types) in the game that pretty much depicts what you can expect from the card and this characteristic can also be used by various effects that mention a type.

I already briefly mentioned Forest cards, which are part of the Forest deck and you can find Curses, Diseases and Darkness cards inside. None of them seem positive, because that’s the case!
Then, there is the Artifact deck which has some powerful cards inside and can be used by certain players after landing on an Excavation site on the board.
Finally, the Night action deck is compiled by cards that are used by special roles that need to do certain actions without revealing their identities. These cards help them resolve their abilities without worrying about that!
The board of the game plays a vital role to the whole experience and outcome, as you travel through it as a group, discovering the destinations while the Forsaken try to manipulate your course and why not take you to the Void too?
Keep in mind that this is just a brief overview of the game, as I didn`t go into depth about the path, card abilities and roles.

Final Thoughts
I like the whole idea, taking a successful experience and trying to enrich it in many ways. The replay value seems to be insane and the blend between social deduction and a more tight gaming structure is something that can`t go unnoticed by me.
If you want a twist on your typical hidden role games while maintaining a classic feel make sure to check out Forsaken Forest on Kickstarter and see if it fits your taste. 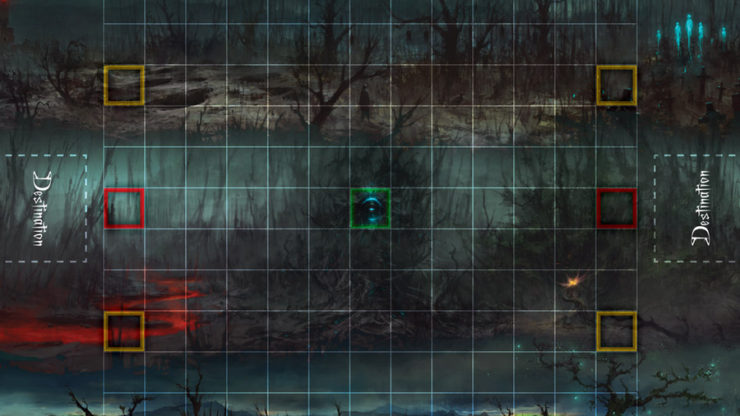 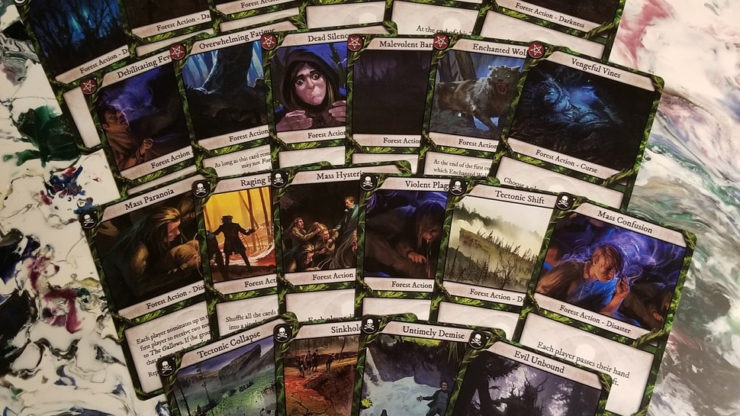 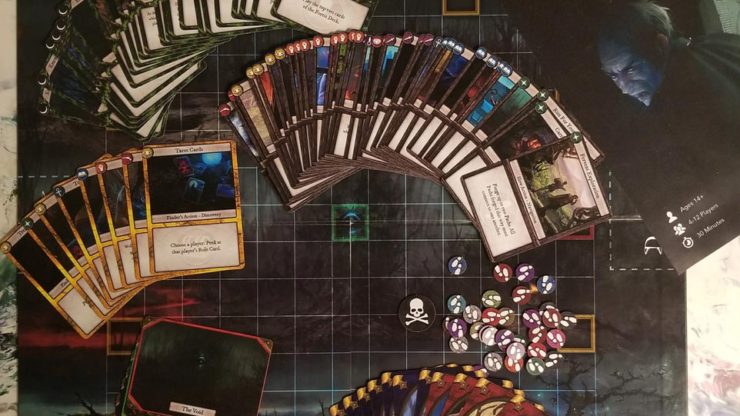 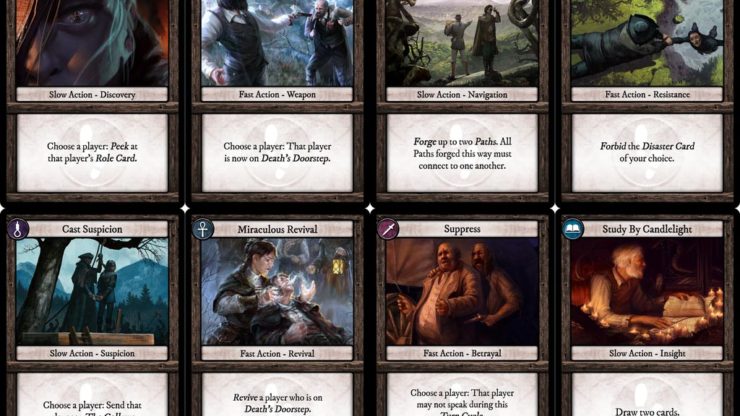 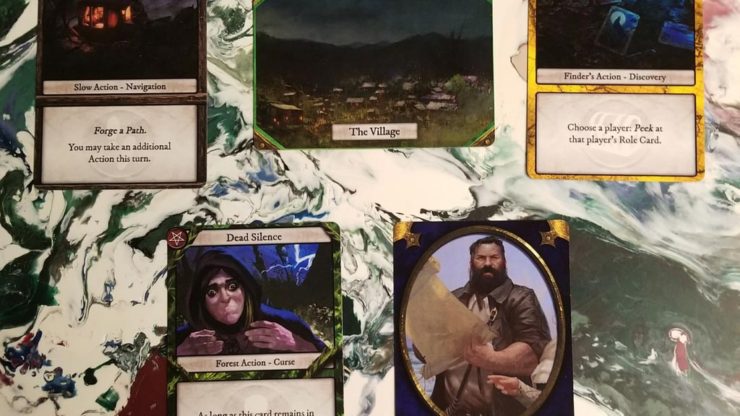 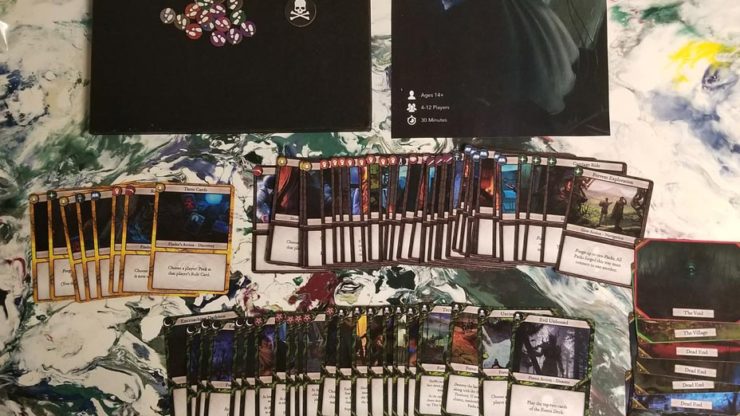 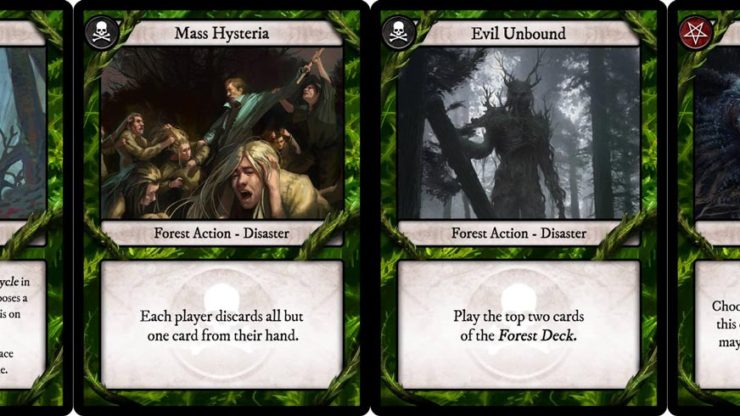 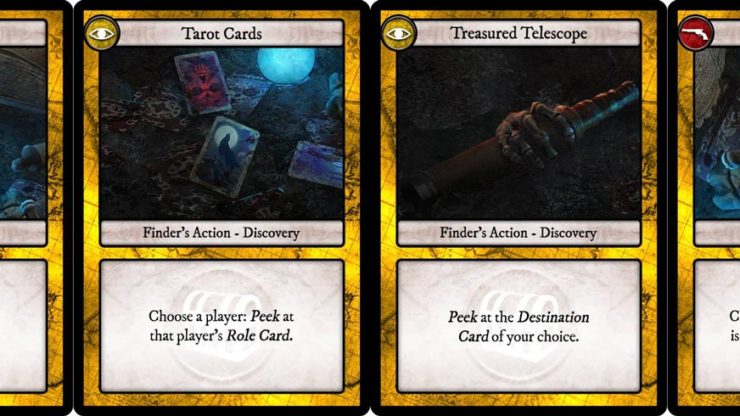 The game will be given away and shipped – if Forsaken Forest gets funded on Kickstarter – by the Producer. The winner is picked randomly and will be informed within a week after the draw! All giveaways follow BoardGame Stories’ Terms and Conditions!