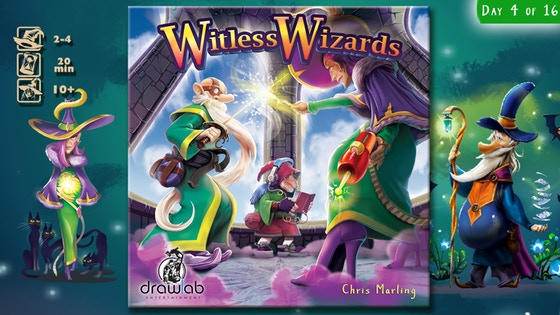 Drawlab Entertainment, after 6 successful campaigns they just launched their 7th, Witless Wizards! They are best known for their awesome Legendary Metal Coins and for being the parent publisher of When I Dream. Having a tendency towards magic themed games they bring to life this comical game of battling wizards. In addition, I had the chance to play it with the team behind the game, concluding in a pleasant surprise for me! Let me explain why.

Witless Wizards is a 2 to 4 fast-paced humorous card game of magical battles. Learning it is a matter of minutes and its flow is just smooth. Recommended for an introductory game thanks to its entry-level, high replay value and table-talk!

You believe to be the most complete wizard in the known universe, with unlimited knowledge under your belt. Now it’s the time to prove that to the world, as you fight against other wizards who claim to be as powerful! The battle of everchanging magic styles begins, will you prevail?! 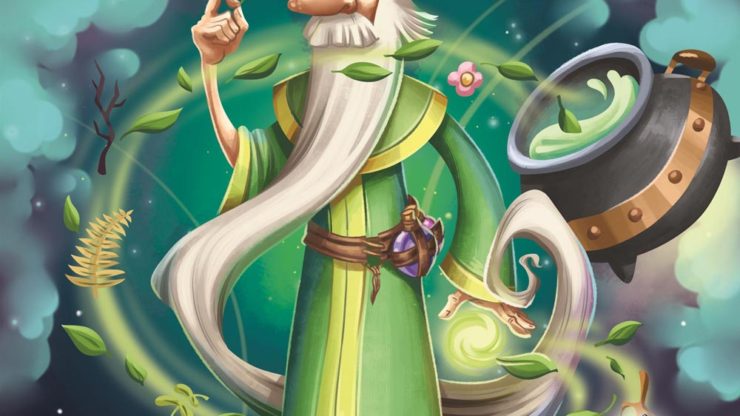 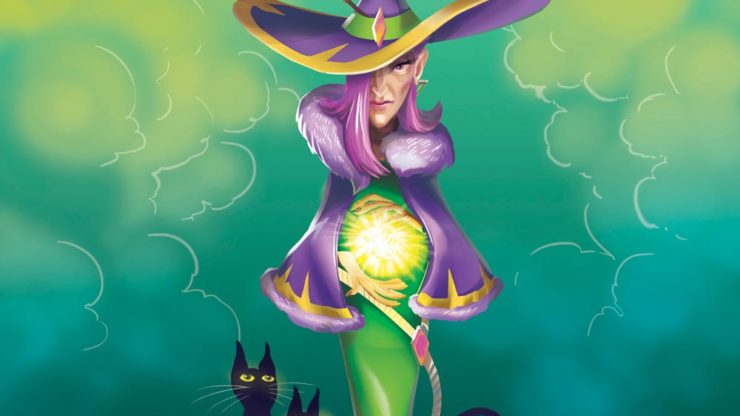 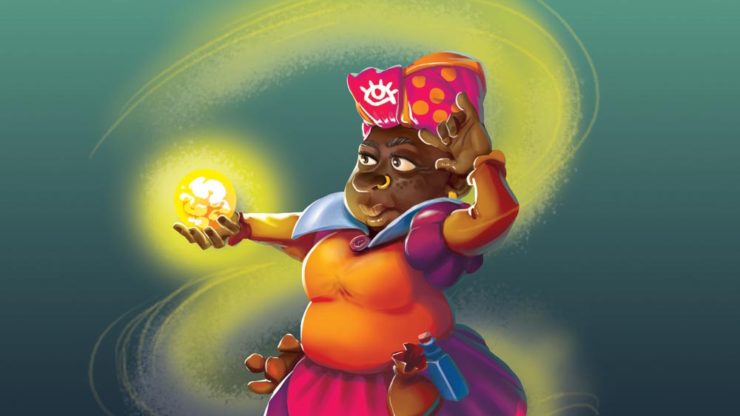 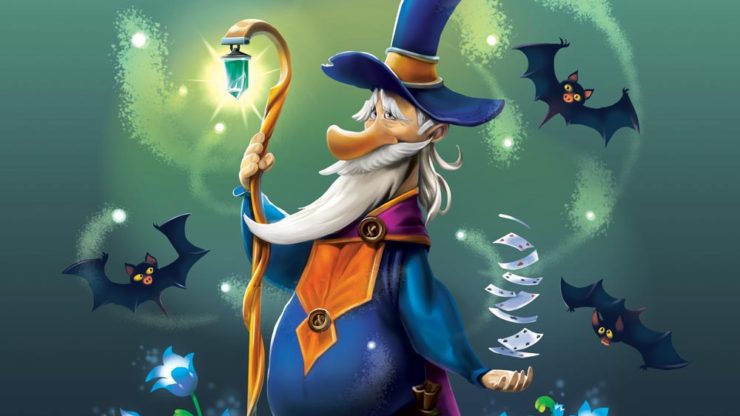 Your goal is simple, showcase absolute dominance! Be the last wizard standing and put them in their place.

In Witless Wizards, your spellcaster comes with three different equipment slots, each with the capacity of holding one equipment of the corresponding type. Offensive, Defensive and Special are the available types, letting you attack, defend and use some special effects accordingly. In addition, there is a space to store your Concentration cubes, potions of energy which you can utilize in a few ways throughout the game.

The first positive sign for this game was when I got all the rules in maybe what was less than a minute, ready to show my true power. So, the game plays with players taking turns in a clockwise manner until one player remains. But before we go into that, you have to set-up your common equipment deck, by choosing three decks of different areas. At this point, 5 decks are available, Samurai, Medival, Wizard, Sci-Fi, and Pirate. Thus, each combination is valid for you to play with, adding high replay value to the game! New decks can exponentially increase this value. 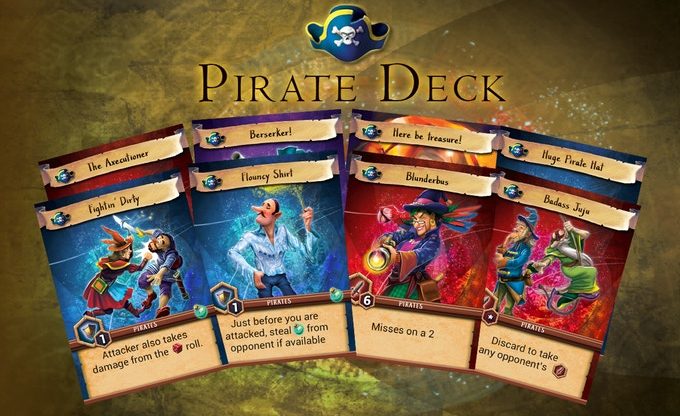 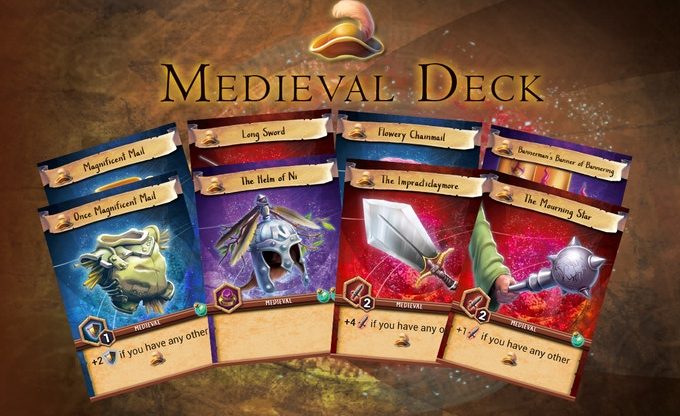 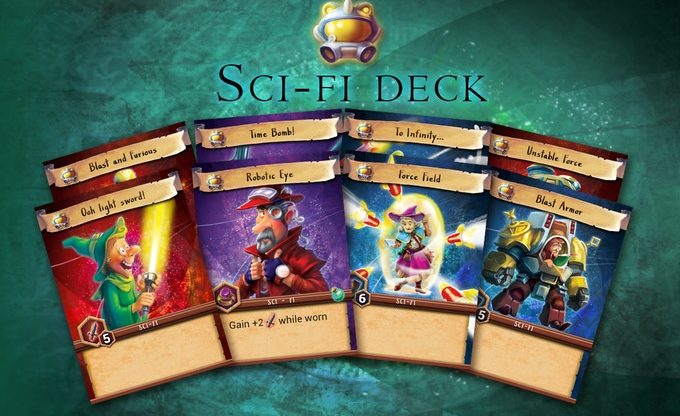 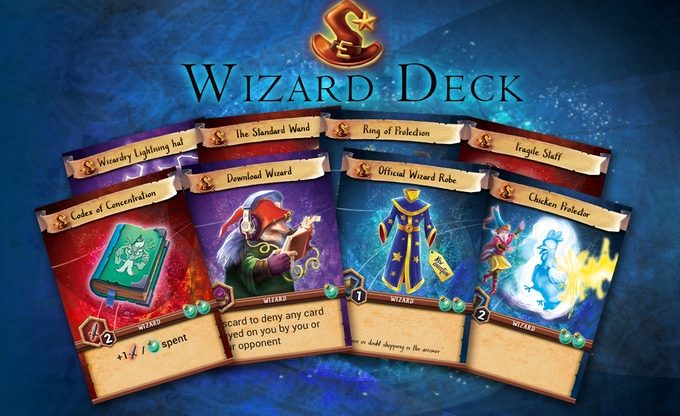 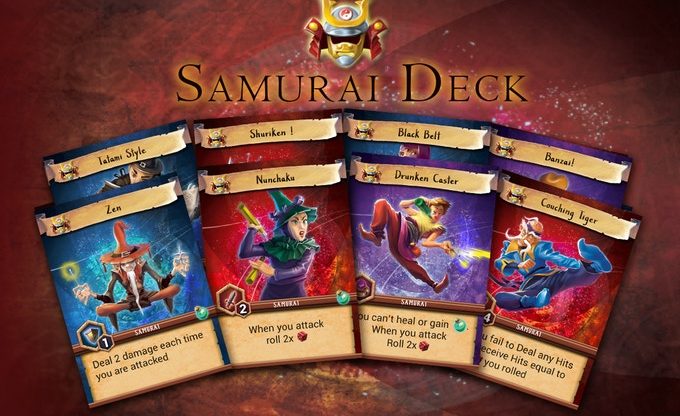 Now, let’s see how a typical turn unfolds in these two simple phases:

This is pretty much the game, explained in two paragraphs. You can feel its smooth structure that lets for a nice gaming flow with addictive micro-decisions. You keep going this way until the ultimate wizard arises!

I think that Witless Wizards grasps the feel of modern gaming, as time is short for most of us. Games that are easy to learn and grasp while being fun and interactive keep taking the spotlight; this is exactly that. This actually reminds me of one of my favorite games, Epic Spell Wars, but is lighter and quicker. The different decks have quite unique abilities and it’s interesting to mix and match them for some awesome combos. I`m looking forward to the new decks, possibly some will come through unlocking Stretch Goals. Lastly, the game will support 2Vs2 team battles, free-for-all and why not more than 4 players in the future!

Witless Wizards is live on Kickstarter, in a 16 days campaign. Make sure to check it out and if interested, show your support with useful feedback or by backing the game.
Lastly, make sure to join the Giveaway for a chance to win a copy! 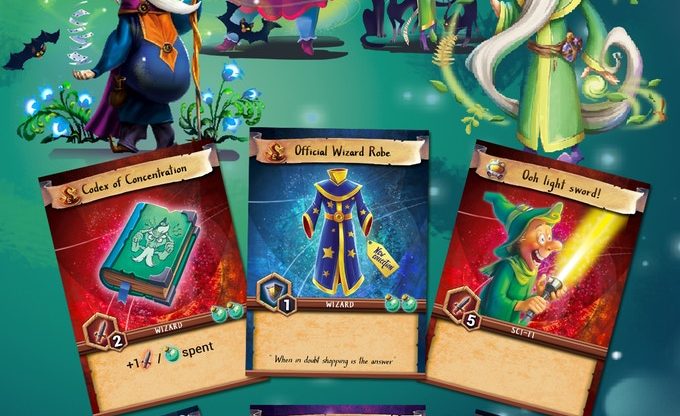