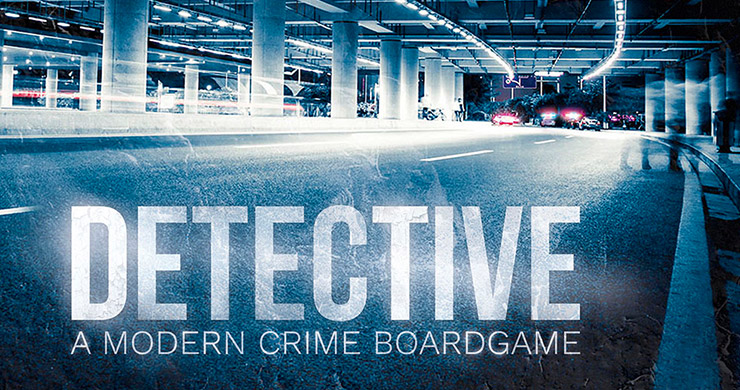 Detective – A Modern Crime Board Game by Portal Games

Yesterday, March 14 2017, “Portal Games” announced a new exciting game which promises a game experience like no other. “Detective: A modern crime boardgame” will be their first release for 2018 and it’s a unique story-driven co-op for up to 4 players.

As the title gives it away, you will take on the role of detectives/investigators that work for a government agency called ANTERES. We still don`t know what ANTERES stand for but it seems like a well-organized agency with high tech gear. The “agency” has an online database which you, as investigators, can use and have access to top secret information about key suspects, witnesses, trials and other vital data that will help you solve each given case. Of course, as real life agent you can`t restrain yourself to your government’s data and you are free to use other resources like Wikipedia. Every little detail matters, a crime is like a puzzle, you have to carefully look at the pieces before placing them. The game comes with 5 different scenarios that can be played independently or as a campaign.

Portal Games seem to heavily tilt towards technology, like using apps as we saw in their latest game “First Martians: Adventures on the Red Planet” that has a company app used with the game, turning their games into apps (Neuroshima Hex is a great success as an App) and now using the internet itself and an online database.

As mentioned by one of the games designer and CEO of “Portal Games”, Ignacy Trzewiczek, “The Fourth Wall Is a well-known concept in theatre. With Detective, we are breaking this Fourth Wall”. This is achieved by having the players themselves being the investigators and don`t play a certain character, not having an avatar to project themselves on. One of the most popular “Fourth Wall-breaker” is our favorite “Deadpool” that breaks it by talking to the viewers or readers on its comic.

The company’s moto seems to be turned into reality once again “Board Games That Tell Stories”, with a release that promises “an immersive experience like no other”. I am more than excited for this and for now I will wait with anticipation for more info to come into light!