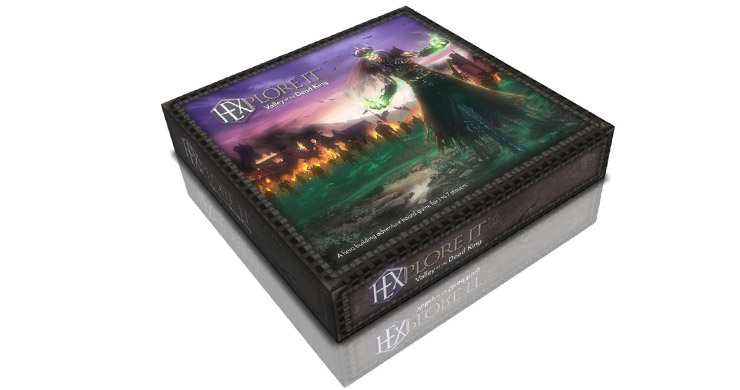 HEXplore It: The Valley of the Dead King – Will You Defeat Him?

HEXplore It is a fantasy-themed hero building game of adventure and exploration, where each one of you is going to create their own hero, so as to gather the power needed to defeat the Dead King that threatens the Valley.

Each hero has specific traits according to its role and race. The role determines the profession and the part you play during the game, whereas the race is your species. There are five types of roles: Assist, Healer, Sapper, Striker and Utility. The race you will choose has modifiers that strengthen your role, so you are able to make different combinations and get a different game every time you play. After you have created your own hero which is defined by its strengths, weaknesses and special abilities, you will use your own player mat, which is a durable dry erase board and you are going to keep track of your scores with a dry erase marker.

When the adventure begins, you will travel across the map and complete quests or fight against foes of various types, earning in this way power-ups. The game features a modular board with four main quadrants that can be placed in any way you like and affect the game for all characters. Moreover, when you reach the edge of the map, a random extension is revealed, which may be a Quest, a Ruin, a Boss or a Shrine.

Of course, your heroes are not alone on the board, as the Dead King is also there and he is on the move. He destroys cities in his path, and with each city he wipes out, he becomes even more powerful. But, that’s why you are here. Your goal is to power up your heroes as fast as possible, so that they will eventually beat him and save the Valley.

HEXplore It: The Valley of the Dead King is live on Kickstarter where it got funded in 5 days and the campaign is set to go until April 5th. 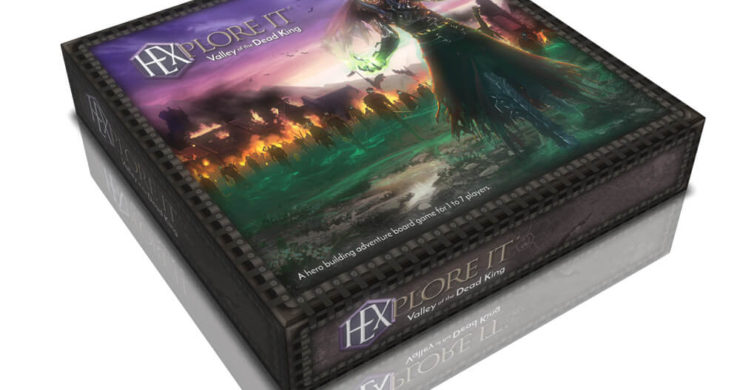 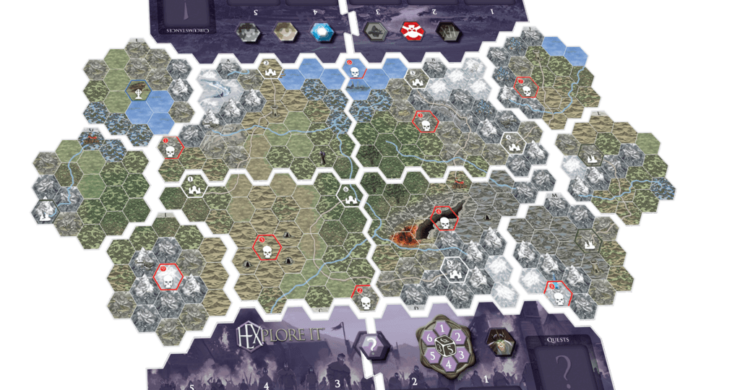 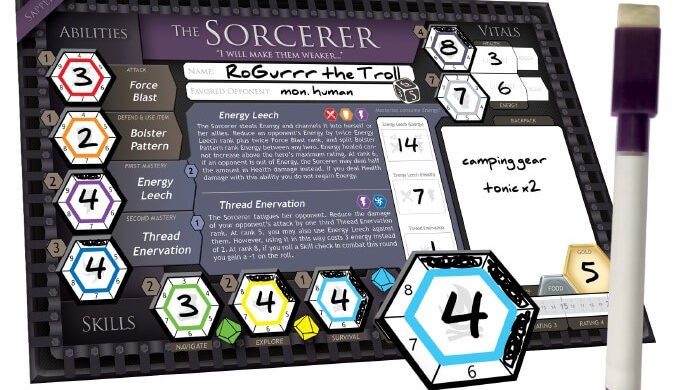 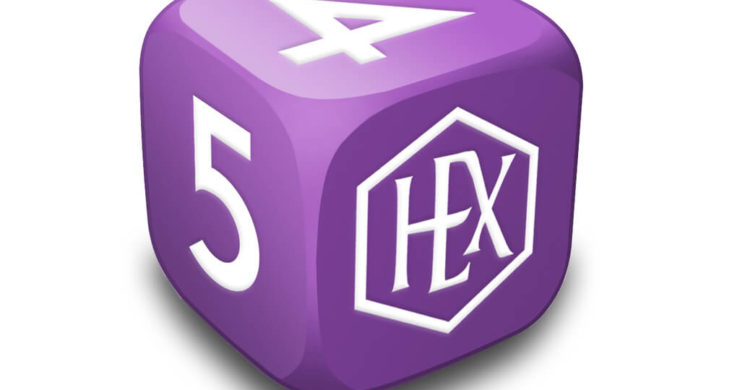