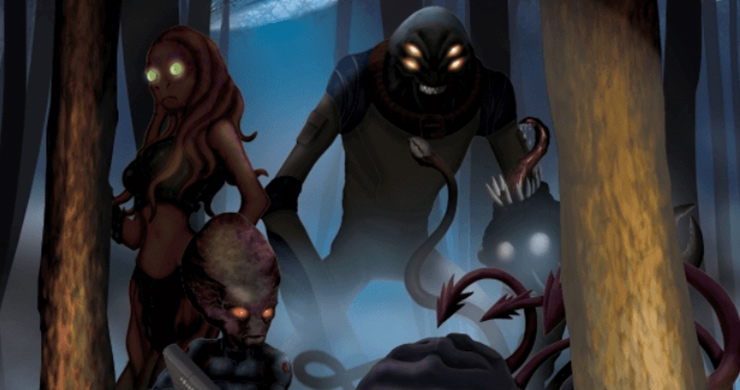 Nightmare Forest: Alien Invasion – The Horror Is Back…

The last time you went to that forest (you know which one I’m referring to…) you faced dozens of zombies running after you, yet you made it and survived the threat. You are thinking of going back to that forest, since you have cleared it of those undead creatures. However, it won’t be a carefree walk under the trees, since you know that this time an alien force lives there aiming at gathering human specimens that they will use to conquer the planet.

In Alien Invasion, players work together in order to clear the forest of the Aliens before it is too late. You must kill them all before they manage to summon the rest of their force and take the City and eventually the entire planet.

There are four kinds of Forest Cards which you deal out. In every round, you move around the forest and explore it. In order to clear it, you draw a Forest Card that may hide Aliens, deadly traps or valuable Allies and gear that you can use to get rid of the aliens. If you successfully clear the forest of all the Aliens before time runs out and you stay alive, you win and save humanity. However, if the game ends before the forest is cleared, the Aliens’ evil plans will materialize and human beings will vanish.

Note that this is a fully cooperative game, since every single player must survive in order for the team to win, whereas in Nightmare Forest: Dead Run the first person that escapes the forest wins and the rest of the players get swallowed up by the zombies.

Nightmare Forest: Alien Invasion is currently on Kickstarter and will be running until February 22th. 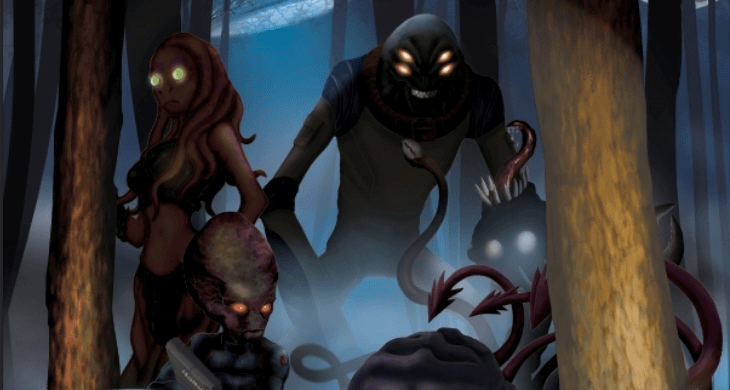 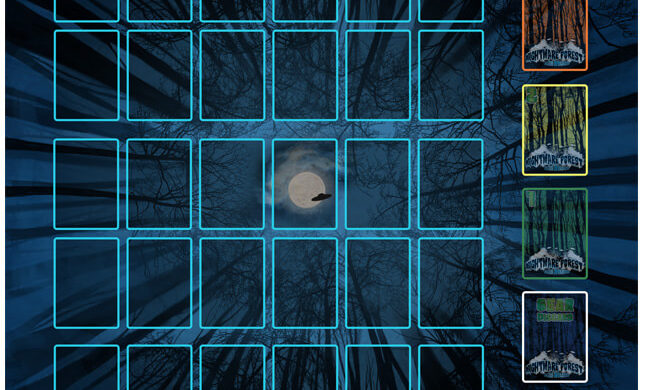 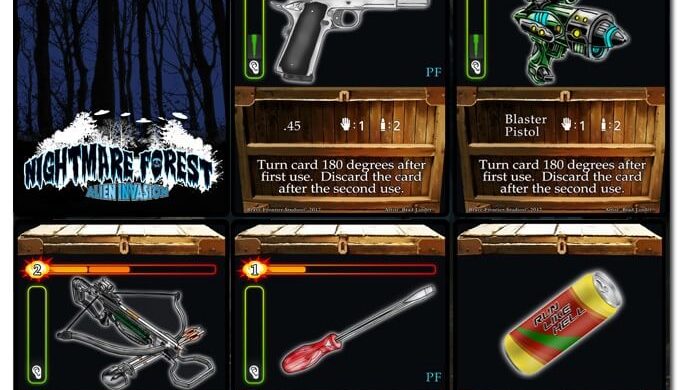 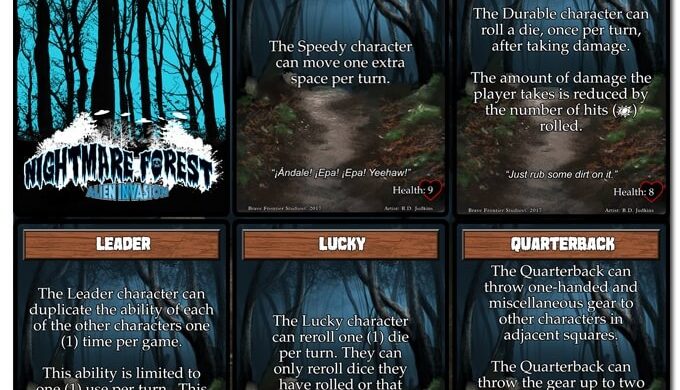 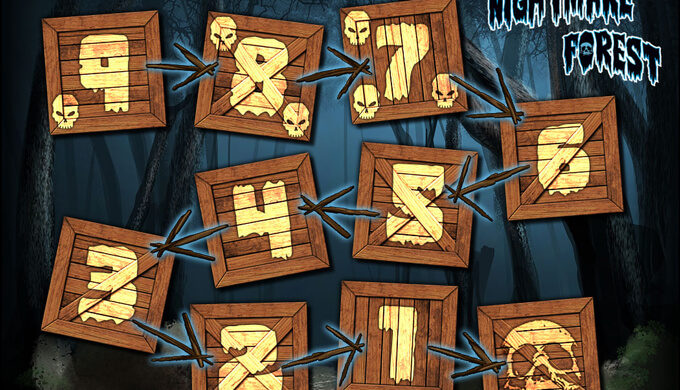