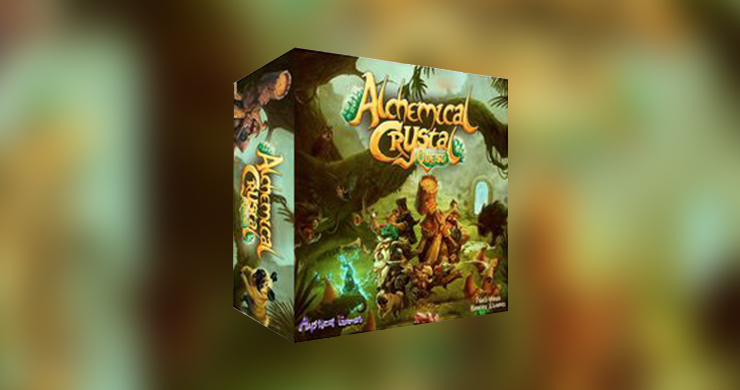 Are You Ready for an Alchemical Crystal Quest?

You are an alchemist’s apprentice wizard and you set out on a quest to rescue your alchemy teacher Blue Hat. He has been kidnapped by the evil sorcerer Darkthony who wants the 7 Crystals of Power that exist in the Bat islands and has sent his army of minions to bring him the Crystals. So your adventure begins!

Alchemical Crystal Quest is the second edition of the cooperative narrative game, coming with new illustrations, fantasy miniatures, rules and mechanics. The apprentice wizards will cast spells, collect crystals and defend themselves against the enemies, so that they can advance through the story and achieve their goals. The game consists of 12 missions and wizards will have to solve all situations in every one of them, in order to move to the next mission. After overcoming all of the missions, the campaign comes to its end and players learn the outcome of the story.

You are wizards, so you may reduce your size, ride a pet and even fly with one to the sky or use crystals to make combinations and cast powerful spells. This is a fantasy game that features a modular board and dice rolling mechanic for battles, as well as high detailed miniatures for wizards, pets and enemies.

Alchemical Crystal Quest has been above its funding goal on Kickstarter and the campaign will be running until February 9th. 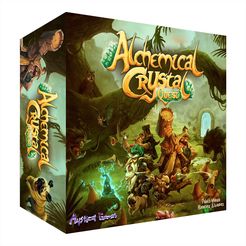 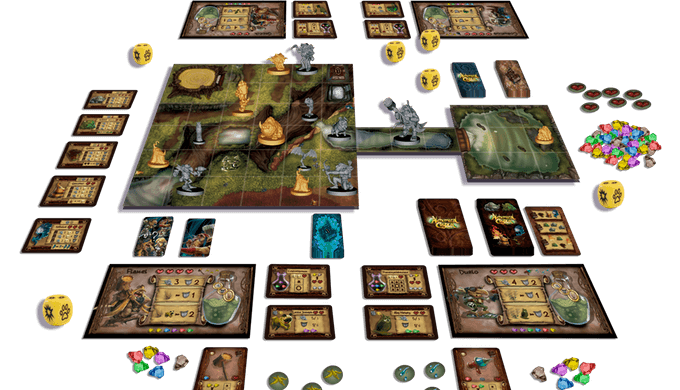