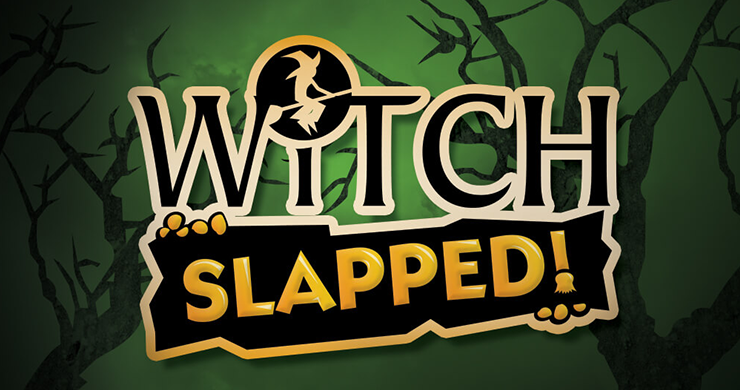 You Are Going to Be Witch Slapped!

You are a witch and you want to settle in the dark forest claiming it as your own and start gobbling up the local children. However, you are not alone, since some other witches seem to share the same idea. So, it is time for you to cast your spells and make sure that those witches will get witch slapped!

Each player takes a set of Witch Targeting Cards and begins with 9 Lives. Then, five Spell cards are dealt to each player which they take to their hand and one card face down to each one of them.

Each round is made up of three phases. The first one is Super fast set collecting, where witches have to be really really fast and decide whether they are going to add a new card to their hand or pass it to the witch on their left. Their goal in this stage is to collect the same spell type in their hand. Slapping is the second phase. If a witch has the same type of cards, they may initiate the slap round and the other witches may slap one of the cards in the middle of the table that is equal or less than the number of spell cards in their set. Finally, the spell casting follows and all witches secretly choose a witch to cast a spell at. They reveal their targets and the spell they are casting, and damage is applied. The last witch standing wins the game. 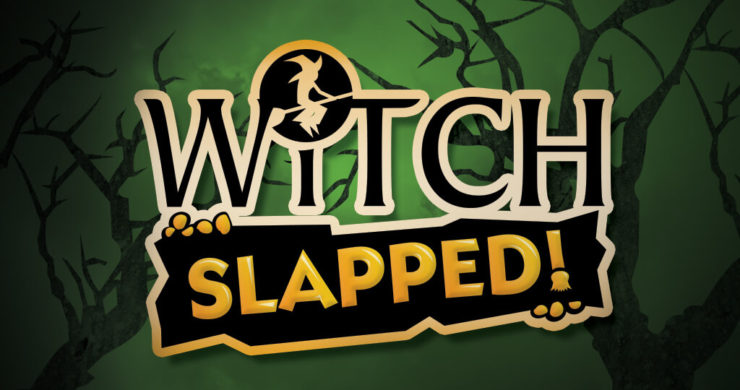 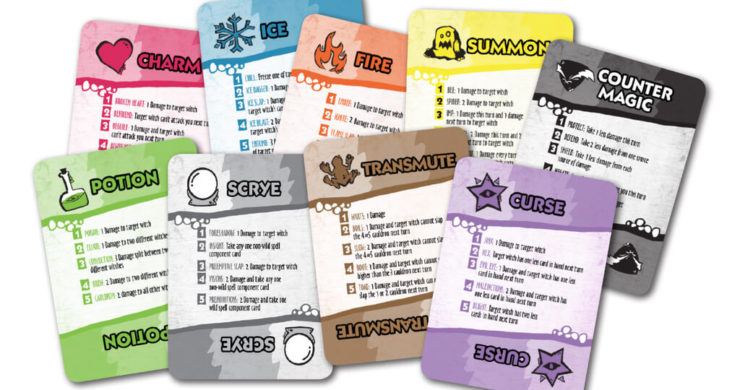 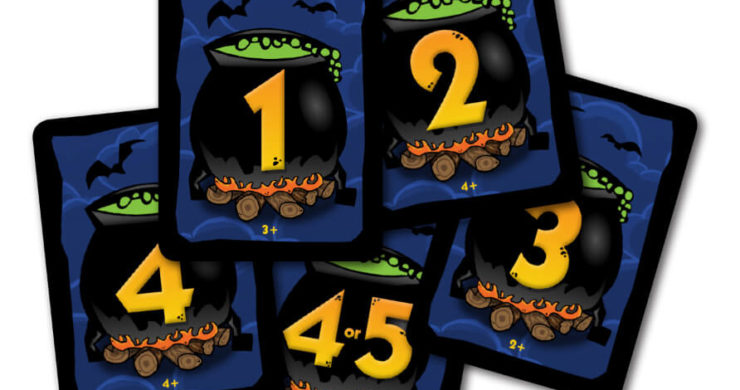