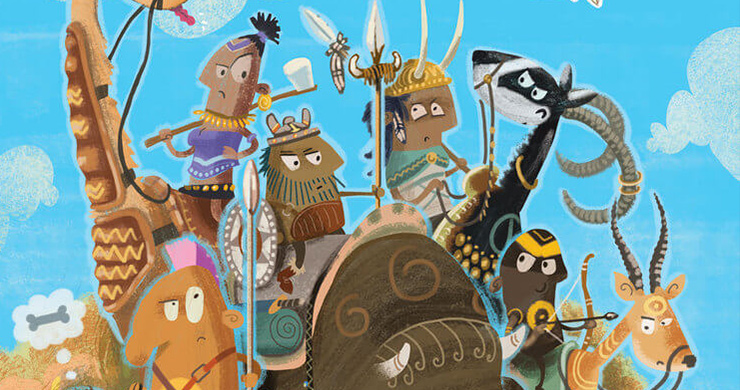 Will You Be the Khan of Khans?

You are khans of the great tribes of Prax in Greg Stafford’s mythic world of Glorantha. The High Priestess has decided that the khan who brings the most cattle from Dragon Pass will be known as “Khan of Khans”, the greatest warlord of Wastelands! And guess what, one of you is going to be that Khan!

Each player’s goal is to collect the biggest herd, while facing the enemies’ magic, stampedes and attempts to steal their cows and their glory. You choose one of the Khans to play with, each one of which has different abilities, and get a number of Coral tiles. The cards are divided into ten Location Decks. On your turn, you can perform one of the following actions:

Raid a location by revealing a card from one of the Location Decks and placing it in front of you as part of your herd.

Corral your herd, which means protecting it from Stampede, Enemy Magic and Waha’s Blessing.

Use Waha’s Blessing against another player to steal one of their Raid cards and place it in your own herd.

Use a Khan ability.

When the raiding season is over and the Location Decks have been played, the game ends and the player with the most cows is declared “Khan of Khans”!

Khan of Khans will be up on Kickstarter for a few more days and it has already surpassed its funding goal by far. 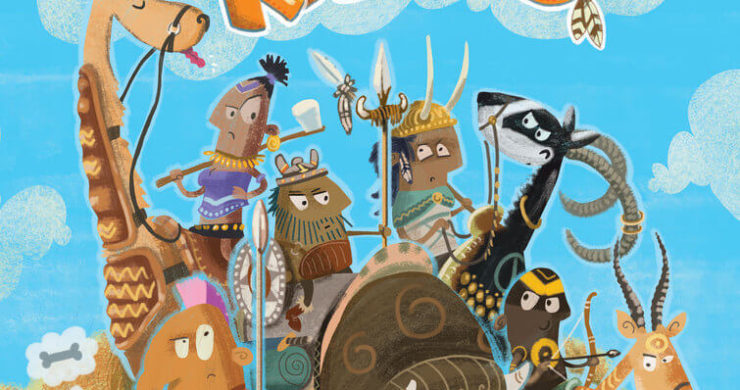 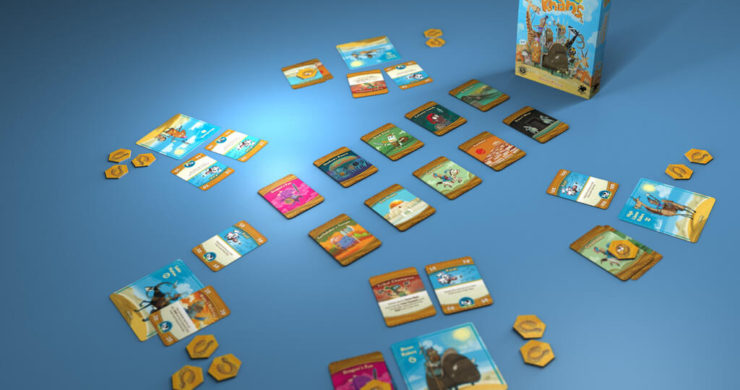 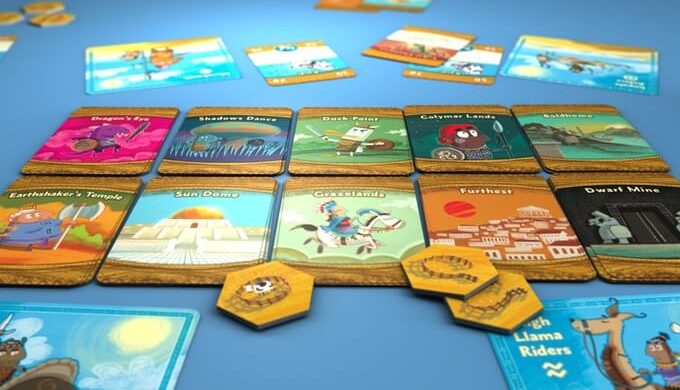 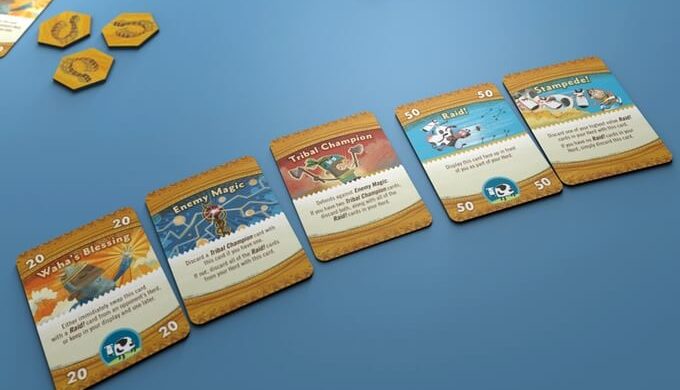 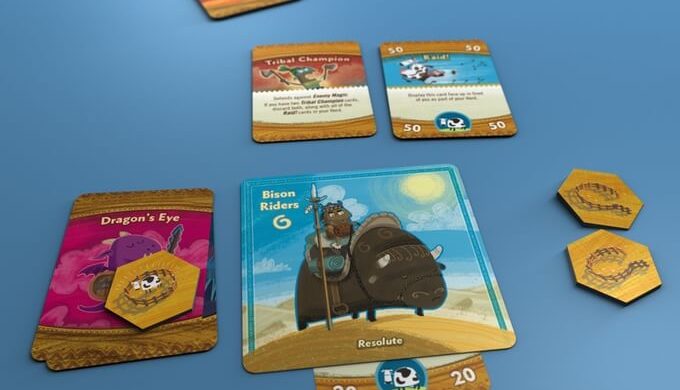 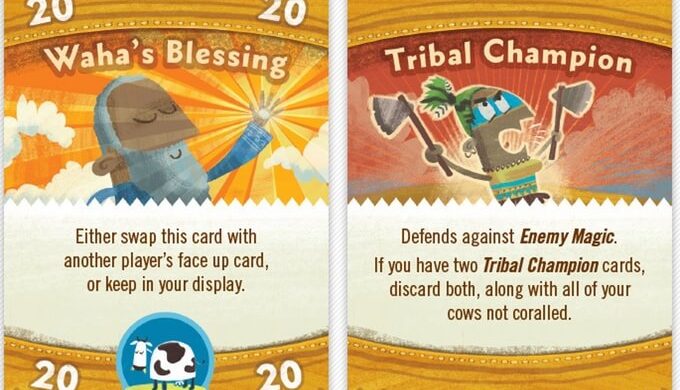 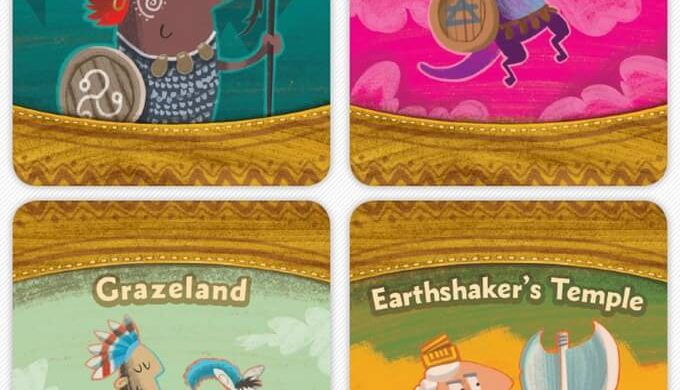 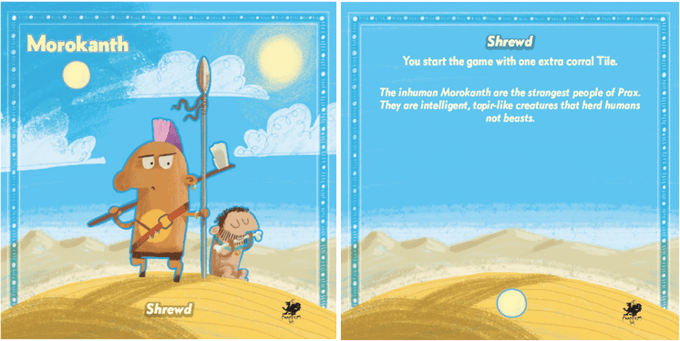 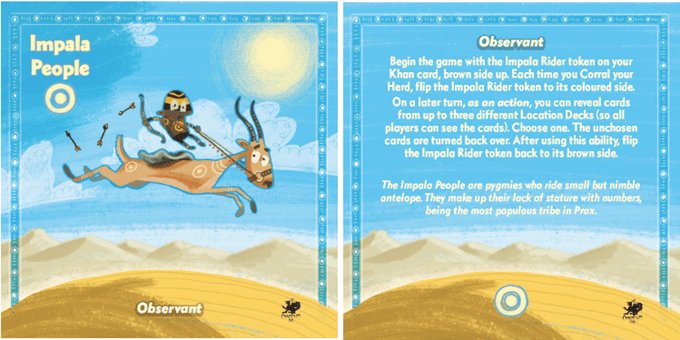