Arena: the Contest is Dragori Games’ first title and it just launched on Kickstarter! A five-year in development design that promises an epic experience with strong narrative in the fantasy world of Arena. I had the chance to try some content of the game and go through all the rules, so let’s see what they offer in this package.

In the Arena: the Contest universe the world is unified under the “Empire”, an authority that forbids army formations and declarations of war. All conflicts are set to be resolved in the ARENA, with brave warriors called HEROES representing whole nations.

The game comes with four booklets, Quickstart, Rulebook, Campaign Tome and Quest Guide. Each serves a specific purpose, aiding your gaming experience. With the Quickstart, which is only 6 pages, you can play your first game and know all the core rules. The Rulebook goes into depth, explaining all the rules for each mode of the game with detailed examples and further diving into some advanced optional rules. The Campaign Tome lets you follow a story-driven campaign and the Quest Guide lets you play the quests individually if you prefer it that way.

As you will understand later or by checking the game’s campaign, Arena comes with a ton of components and replay value as it contains many dynamic variables.

The two available modes are competitive TeamVsTeam and Cooperative against the game, either following the epic campaign or playing the quest of choice.

In the competitive mode, players will form a 3 or 4 Hero team to fight each other and the number of heroes controlled by each player depends on the final player count. Then, you will go in an all-out war and the surviving team will be crowned the winner.

In the coop mode, you will collaborate against a variety of challenges such as riddles, puzzles and deadly enemies which are controlled by a pre-made set of action cards. This will be done with a team of 4 heroes. The quests vary and there are a lot of encounters, including powerful bosses.
You can follow the main story through the campaign and your heroes will evolve along the path, leveling up and becoming stronger. But if you don’t want to commit or it’s hard to find a loyal group to clean the campaign you can always choose a quest and play just that.

The basic set-up is about choosing the right party members, with the restriction of having no more than one hero of any one class in your team, in either mode. According to the mode, you will get some Heroic Action cards, which give you some extra one-time use options to your heroes and for an advanced gaming experience you can add Artifacts & Scrolls.

You can play on the preset Arena board or fully customize it, adding any elements you want for a different stage each time. In the cooperative mode, you will have to create the board as specified in the given mission-quest, as you play a certain scenario.

The rest is trivial, such as getting each hero’s kit, placing tokens, shuffling enemy decks Etc. You are pretty much ready to play after that!

If you are familiar with RPGs in any form you gonna find yourself familiar with most terms in the game, making it easier and faster for you to start playing and everything will make sense thematically.

Heroes are the essential part of the game, so we will go into more detail on how they work and what they got up their sleeves. There are seven available classes or as they called in the game, Combat Roles. Three are ranged (Healer, Shooter, Controller) and four are melee (Brute, Tactician, Tank, Bruiser).

Each hero comes with a Heropad, which shows their attacks and stats.
A hero has Hit Points – when they get that much damage they die, Basic Attack – the basic damage they deal if depicted in an attack, Defense – a d20 is rolled when a hero gets attacked and if the result is less than the defense value it’s a miss, and Movement – the maximum number of spaces a hero can move (diagonal movement allowed).
There are four available attacks in the game apart from the basic attack which you can use, dealing your basic damage with your combatant’s range. Primary attacks can be used as many times in the game as desired and Special attacks can only be used once and a hero has two of each both depicted in their Heropad and in separate cards.

Lastly, you can find their passive power at the bottom of the pad and as you can expect it will be a unique one for every character.

When fighting against each other you activate a hero of your team, going back n’ forth until all members of a team are dead. The heroes of a team are formed in a queue, so you can activate them only in that order as the game unfolds.

When activating a hero you may take a Move action and/or a Prime action, in any order.

A Move action can either be a Move or a Sidestep:

A  Prime action can be spent on the following:

To perform an attack you just have to roll a 20-sided die and activate its effect if you roll equal or higher than your target’s defense. Otherwise, you execute the attack’s miss effect which is a low amount of damage most of the time.

This is pretty much all you have to know about how the game plays on your end. Unique abilities, terrain, barriers, quests, and challenges will make the rest of the work for the game to tick.

We won`t go deep into that, but when you play together against the game all the enemies will act in a predetermined way following the instructions of cards drawn from the respective deck. Minions and bosses have their own decks as their philosophy of act vary a lot, along with their stats.

There are some options in the game that come as advanced rules and are recommended after you got the hang of all the basic ones. Sidestep, Reaction Attack, Mob, and Focus are these moves but I already explained briefly the first two as they make sense and are easy to understand.

Focus is an attack used by a ranged combatant when there are no other characters in a 3-space range. Then, the hero can focus, forfeit their move action and make a precise hit. That essentially makes their target to be “Exposed” which is a state effect that lowers the target’s defense. Mob has the same effect for the target, of being Exposed, but it happens when the target has no allies but at least two enemies adjacent. But this will apply only if the enemies are not adjacent to each other, so they can gang up to you from the right angles!

All state effects make slight changes to the basic rules or values of the game, giving you brief advantages or disadvantages, making them a tool you have to properly use. The game has some situations to explore but everything is answered in the rulebook, so if you know the basic turn structure you are good to go.

Arena: The Contest campaign is a well structured one with every single detail you will need to know about probably anything. It comes with five pledges for you to choose from according to your taste. The typical “$1 Thank you” comes with a lot of digital goodness, so it was something worth mentioning, a good initiative to bring people in without risk on their part.

The Heroes & Dungeons expansion box will be available which adds new cool heroes to the base game and upgrades all the dungeon element to 3D ones. Lastly, there is an exclusive free add-on character for the first 24-hour backers! But don`t worry, it will be also available as a normal add-on in the campaign.

The game has a lot of things going on for sure, content-wise, and follows your typical hack n slash dungeon crawls based on an easy to follow core system. All the booklets are available so you can see for yourself some more details and decide if it is a game for you.
Finally, you sure can’t deny the stunningly realistic artwork of the game along with the cool minis which definitely add to the final experience. It’s time to decide if you are brave enough to step into the Arena!

Enter the Arena: the Contest – Worldwide Kickstarter Giveaway
by “Board Game Revolution” ! 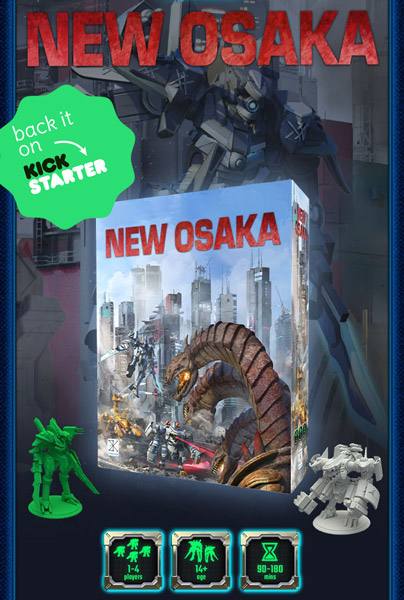