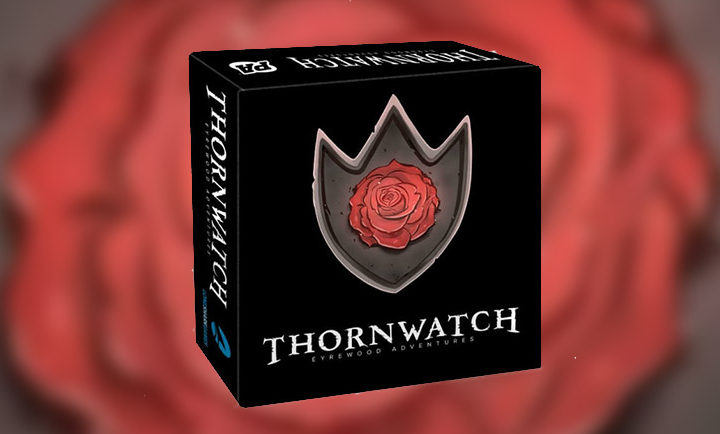 Thornwatch is a graphic novel adventure that bridges the gap between narrative-driven RPGs and pick-up-and-play board games.

Thornwatch are sworn guardians within the dangerous magical forest known as the Eyrewood, and all players, except for one, take the role of these guardians. One of the players takes the role of the Judge, who makes sure that the will of the Judging Wood will be accomplished. He selects stories in a choose-your-own-adventure format, allowing the other players – the Thornwatch – to prove their heroism. Each member of the Thornwatch is represented by a deck of action cards and trait cards.

Players are not bound to play one role during all sessions. At the beginning of each session, a desperate denizen of the forest ties a knot of thorns around a birch tree and binds the Thornwatch to their aid. Thus, this knot determines which of the spirits of the forest is best suited to be summoned that day.

There are many maps depicting forests, swamps and villages of the Eyrewood where the game takes place. The pawns lay flat, as if the heroes, enemies and denizens of the forest are characters in a set of comic book panels.

At the beginning of each session, the Judge selects a story board, while the other players choose to play one of the five members of the Thornwatch. If players overcome the first challenge, the Judge offers one of three paths: two of them lead to new storyboards and more adventure and the third one takes them immediately to the ending storyboard. Each storyboard reveals a piece of the greater mystery of the Eyrewood and of the Thornwatch guardians.

The unique choose-your-own-adventure structure allows players to get the experience of an RPG without having to spend a long prep time. Moreover, they are able to determine the length of each game session.

Thornwatch has been launched on Kickstarter and it has been scheduled for release in 2017. 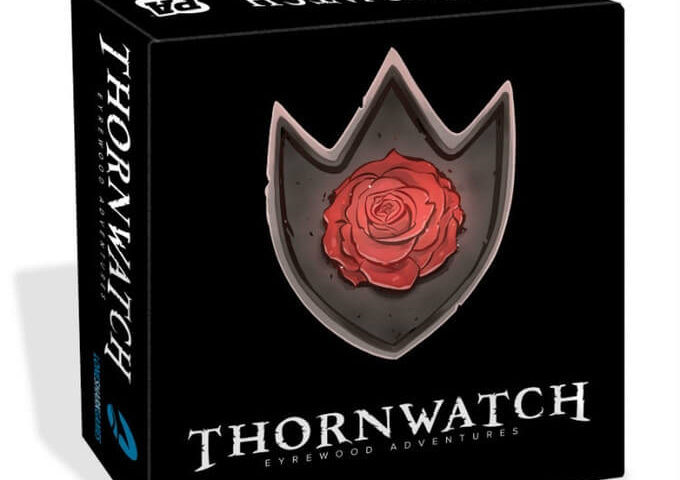 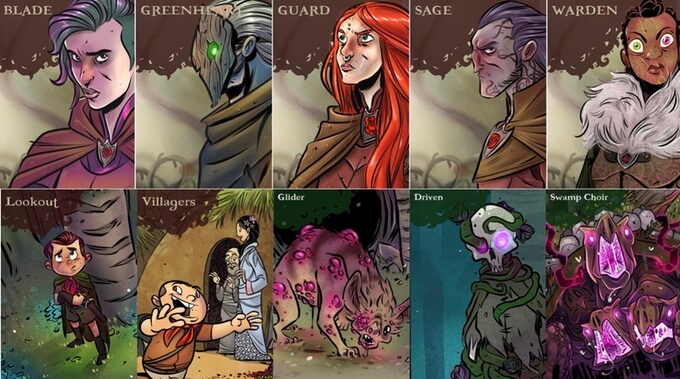