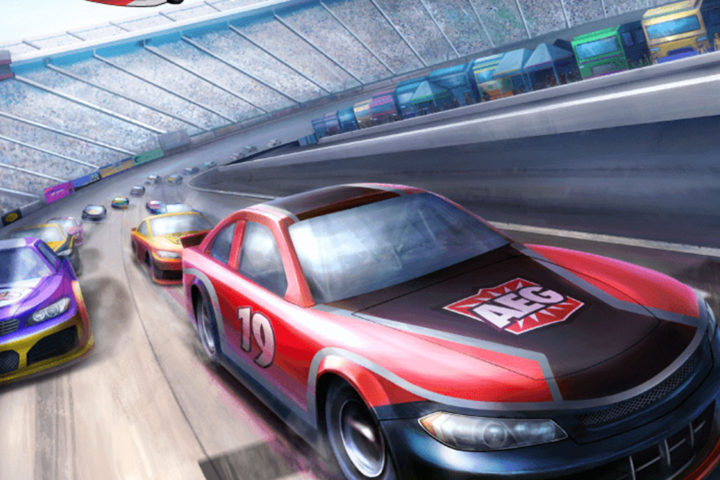 It’s time for the big race to begin! Who is going to cross the finish line first?

Automobiles is a racing deck-building game. However, you do not build your deck with cards, but with cubes instead. Yes, that’s right. Each player has a collection of cubes, which allow him to race his car around the track, update the car, improve the efficiency of the pit crew and boost his speed, and all of these in order to be the winner of the race.

At the beginning of the game, players have a small set of cubes at their disposal and they get more of them, as the game proceeds. The cubes are represented by action cards that display the rules associated with each cube and there are several to choose from for each specific component of your vehicle, allowing for variable setups. On each turn, you will draw a number of cubes and make the best use of them that you can. Will you choose to increase your gears, balance all parts of the car or will you take the biggest block of nitro and run like the wind, even if this means that your car won’t be suitable for another race after that? It’s up to you.

When a car crosses the finish line, all other players keep on playing until they have an equal number of turns and the driver who is the furthest from the line is the winner.

Automobiles is part of the AEG’s Destination Fun series, along with Trains and Planes board games. 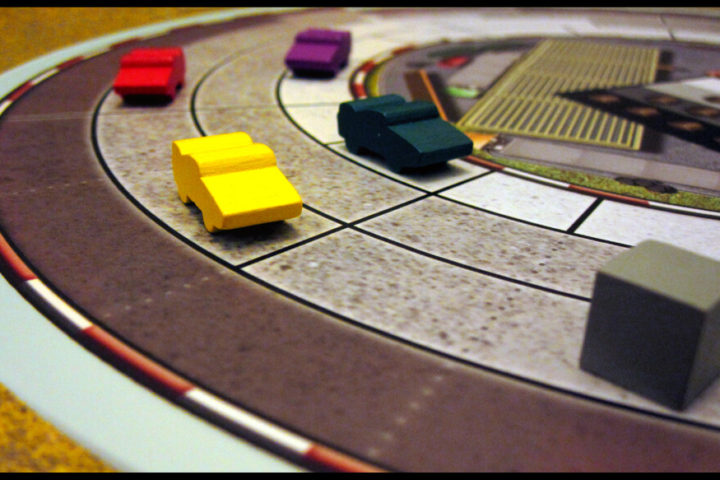 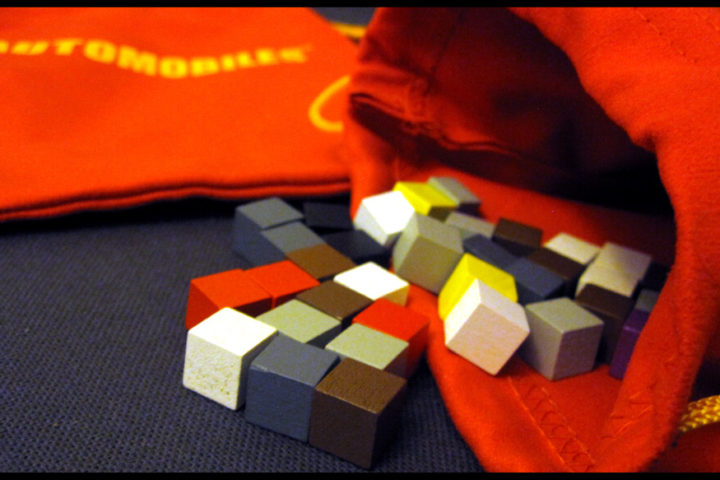 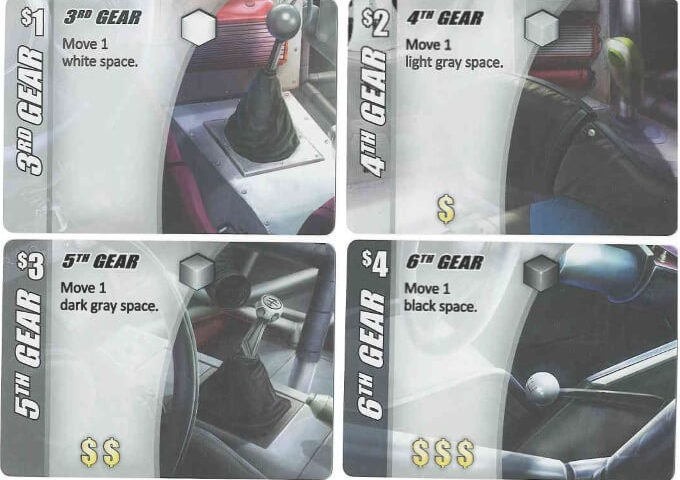 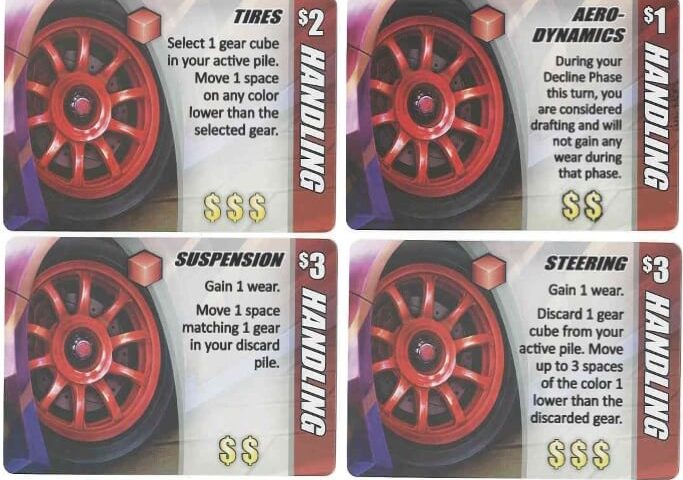