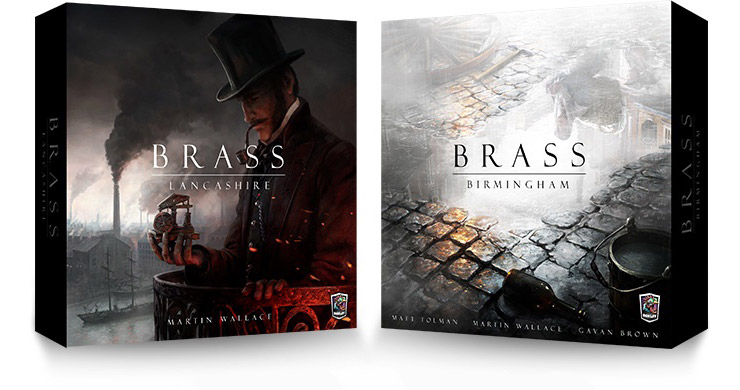 Brass – An Industrial Revolution is up on kickstarter and is doing really great!

Since I haven’t played the first edition, I would like to share my thoughts on the aesthetics of this version which in my humble opinion is stunning!

It all starts with the box covers from both Lancashire and Birmingham that create a sense of mystery and a feeling of exploration – the one that makes you want to open the box and see what’s hiding inside!

Then the mystery unfolds with the board and game components. The atmosphere that’s emerging from the artwork, with the high contrast (shadow and light), the colors that have that cold rusty metal feeling, but at the same time leaving you with a sense of warmth and coziness, its like time-travelling back to this era and pulling you instantly into the game! I believe it absolutely represents and supports the game’s theme in an exceptional way.

With only a few exceptions, most games of this category rely on the gameplay and feature images, drawings, etc. just to represent what they are referring to and don’t lay so much emphasis on the artwork.

This game just turns the table and launches a new era of strategy games.
It plainly says that a great game MUST have great art to support it! I really love it and I hope many games will follow its lead. 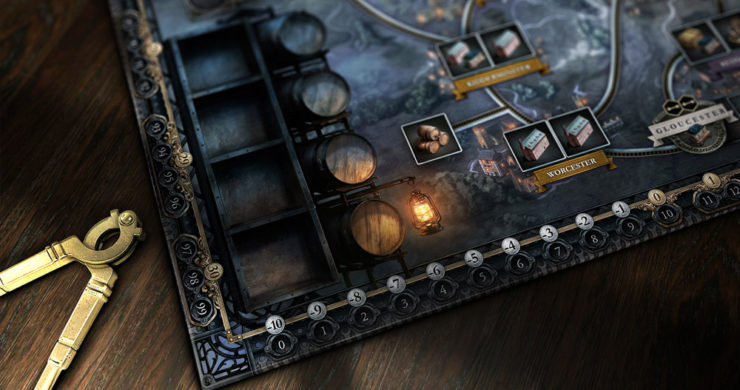 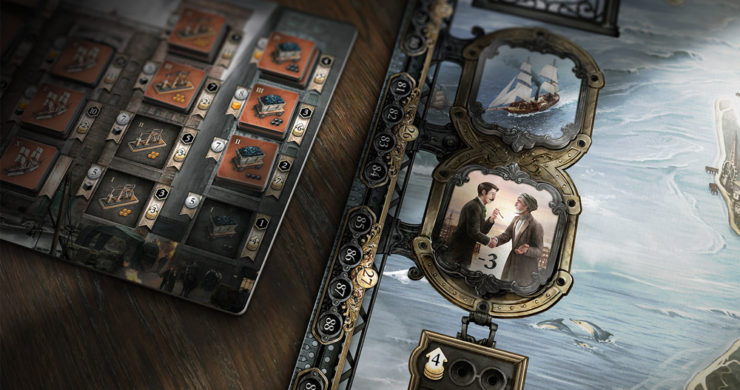 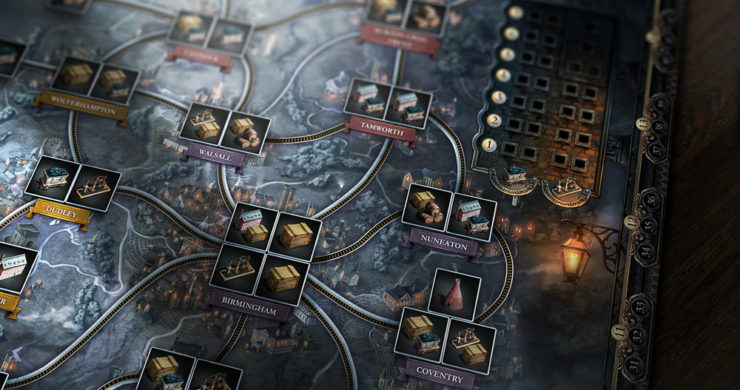 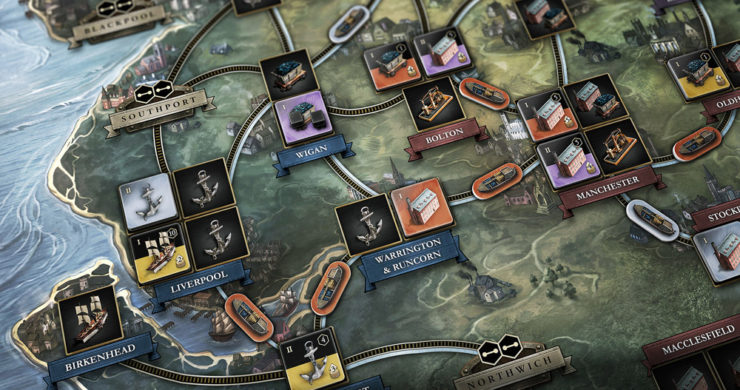