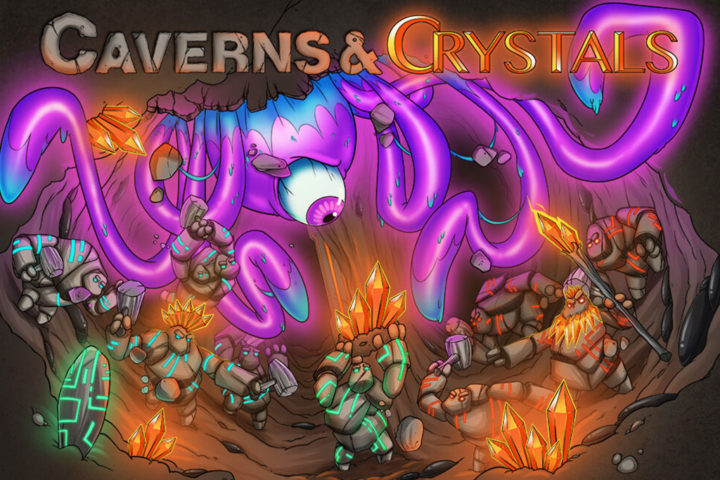 Players take control of a tribe of stone creatures, the Stone Imps, which fight in order to survive the hazards and the enemies that dwell an asteroid. Each player begins the game with two Imps, a king who has a different ability each turn, and a base to their Totem Tower. The board of the game is made up of six hexagonal cards which are placed in a circle and they represent the asteroid travelling around in space. Three resources, stone, metal and power crystals are placed on the cards and you should place your Stone Imps on different cards of the board in order to dominate an area and take the crystals, which will help you win the game. However, beware of the traps that your enemies might have set somewhere on the asteroid.

Of course, your tribe is not without a leader, since there is the Imp king, who has a different power during each turn, according to the card he has taken. At the same time, he should try to guess what kind of card their opponents might have drawn and make the right decisions.

Moreover, players can increase the size of their tribe by building up their Totem Towers.

The player who builds his tower and tribe first or collects the most crystals before time runs out is the winner of the game.

Caverns & Crystals is currently up on Kickstarter and there are several days to go for it to be funded. 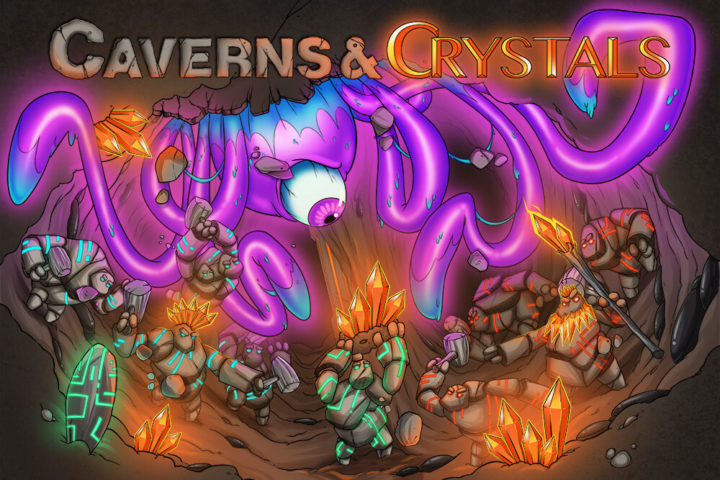 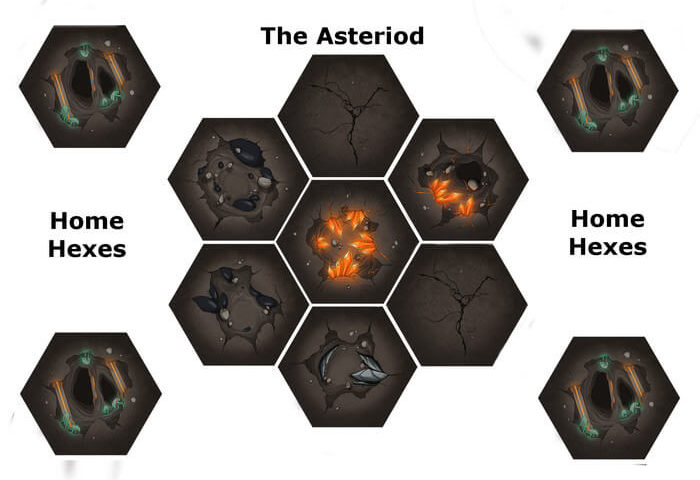 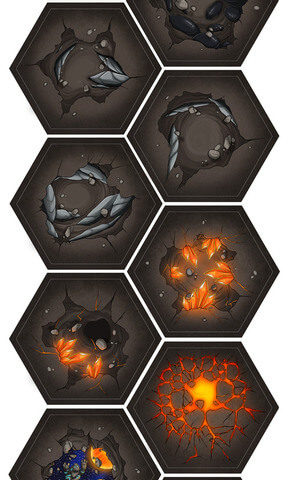 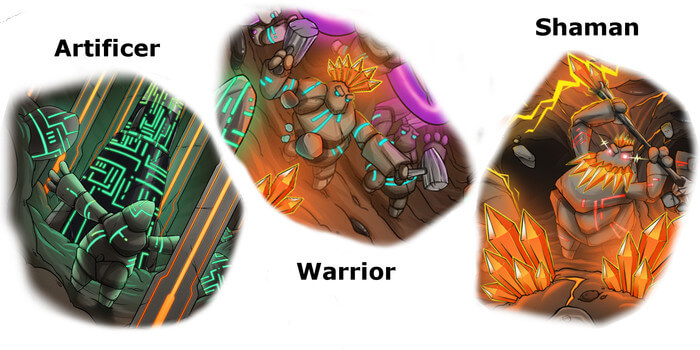 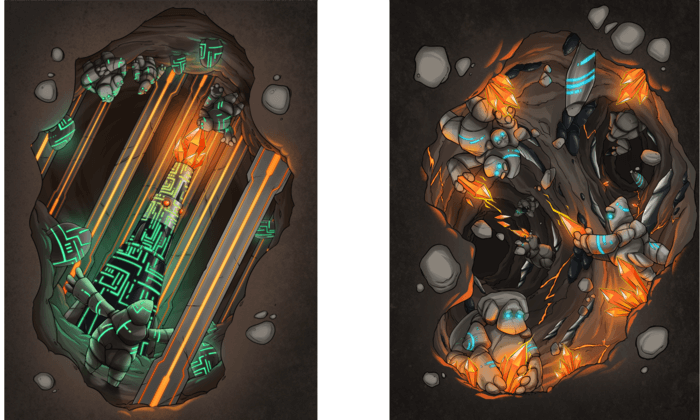