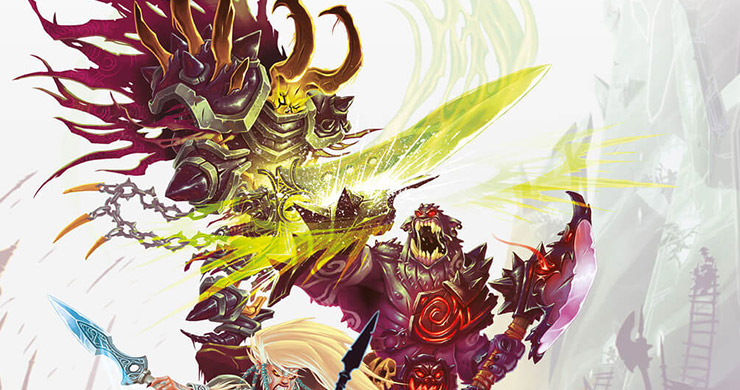 Clash of Rage Live on Kickstarter

In the world of “Clash of Rage”, Elves were always the dominant race, but no more. The fall of the Emerald Empire is imminent. The Borhorg tribe, the Steamfield Barony, the Godleif and the Army of the Tomb are trying to bring an end to the Elves by conquering Elven cities and stealing their invaluable crystals that hold the power to forge legendary equipment. Who will dominate the world at the end?

Clash of Rage is a miniature game that focuses on conquering and battling. Goal of the game is to conquer Elven cities and forge Legendary Equipment. The Elven cities appear when you set up the region tiles as well as the Forges and the Reinforcement Stones. If you have 4 victory points at the end of your second action phase in a turn, you win instantly. But what grants you victory points? Each Elven city you control as well as each Legendary equipment you forge earns you a victory point. The victory points for the Elven cities are not permanent. If someone else conquers the city he gains that particular VP.
Every clan is unique with its own abilities, strengths and weaknesses. Every unit has a strength value, a movement capacity and life. There are also tactics cards that have a turn order value, an income value and reinforcements values.
Every turn the player has 5 simple phases to take.
– Improving the Elves. The elves in this game are like an extra player that plays for himself. But in this case every player draws cards (equipment) to improve the strength of the elves. So, every turn that passes makes the Elves stronger and stronger.
– Playing a tactics card. This phase of the game is simultaneous. All players choose one of the 3 tactics cards that they have in their hands and place it phase down in front of them. This card defines the turn order, the reinforcement units and the gold income for the current turn.
– Playing the 1st action. A player can either move or equip his army. He can do only one of those actions. When moving your army, you can move from one territory to the other at the cost of 1 movement point. Every army has its own moving capacity. When entering a region controlled by others (including Elves) the movement stops immediately. The equipping action is another story. When you choose to equip your army, you can buy as many equipment cards as you want if you have the appropriate gold. You can forge only one legendary equipment with crystals (you must control at least one Forge to do that) and you can recruit only one hero card. Hero cards cost gold and crystals, they never die, they have bonus effects, movement capacity, special abilities and they are yours forever (Until your next game). Lastly, you can reorganize all the equipment of your clan however you wish.
– Activating the Reinforcement Stones. In this game, there are Reinforcement stones on the map, that allow you to gain 1 backup unit depending on the symbol they have. All players do it simultaneously.
– Playing the 2nd action. Same as the second phase.

Battle system. Let us see how the battle works in this game. A battle is triggered when you enter an occupied territory. The first thing you do is see what kind of bonuses you have in battle. Some types of units have bonuses in battle. Having only one unit of the specific type is enough for a player to have its bonus. This ability is not cumulative.
Secondly, you determine which player has the initiative of the fight. This is determined by the amount of hourglass icons among the units of each player. The one with the fewest icons starts first. In a case of a tie the defender goes first.

LET THE BATTLE BEGIN!
The attack is done with dice. The player who goes first, throws as many dice as the attack value of his strongest unit in the battle. Each dice has 4 hits and 2 misses on its sides like Summoner Wars. Count the hits on each die and this is the attack value (plus any automatic hits that he may have). The defender then cancels one hit for each shield icon his units may have. The remaining hits are the total damage done. Every damage reduces the life points of the units. The attacker allocates the damages however he wants. When a unit has no life points it is destroyed. Like MTG the damage does not remain on the units, so if any unit is not fully destroyed it recovers to full health. During a battle, any player can retreat at any time before throwing the dice. If anyone retreats, the remaining units are sent back to the player’s bastion. If no one retreats the battle continues to the end.

That is basically what Clash of Rage is all about. Cool miniatures, battles and a forging system that can change the tide of the war depending on what equipment you forge. It has many similarities with other games but all the elements seem to blend nicely. The price is 85€ which is high enough plus the shipping. Shipping costs vary from country to country, so you should check the region you belong to. In some countries, the shipping cost is so high that maybe it is better to wait for the retail version of the game. On the other hand, the retail version will cost 100€. Also, the kickstarter edition has bonus goodies that are exclusive.

Personally, I think this might be a fun game to play. The battle system is nothing new but the recipe is good enough. The Elves and the forging system is those things that make the game stand out in my opinion. Which item to forge? Should I attack the Elves now or should I equip my army first? But if I equip my army this round, the Elves will become stronger next round. Should I attack the other player then? These are some of the decisions that you are called to take while playing this game and that makes it quite interesting. If Clash of Rage caught your attention check it out here! 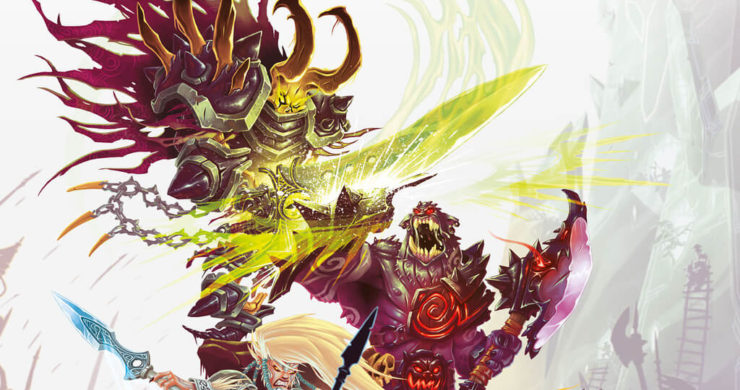 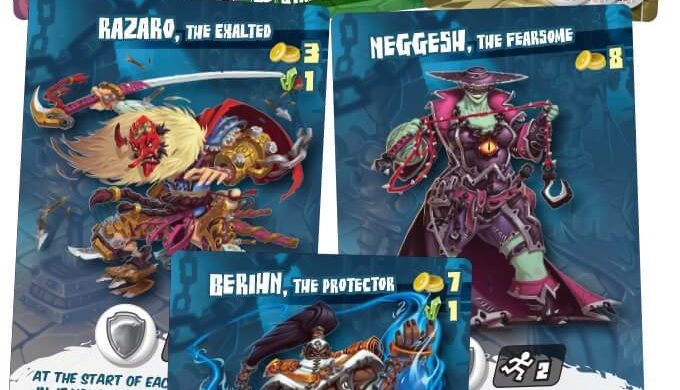 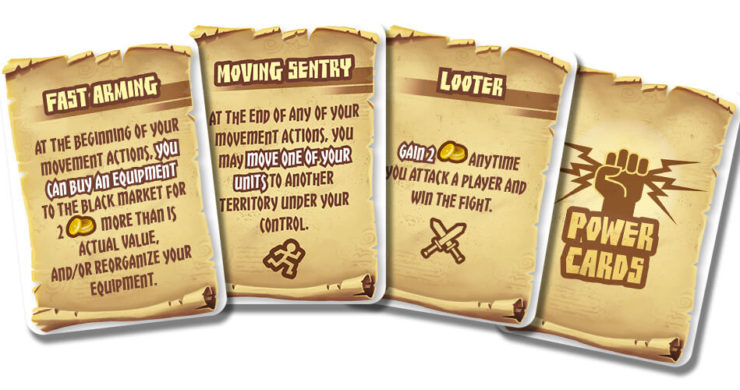 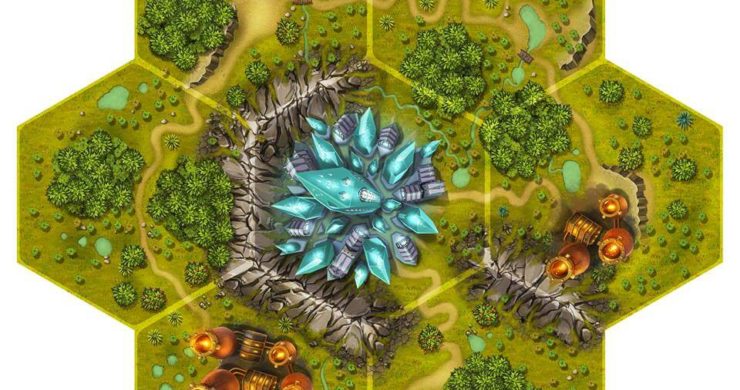 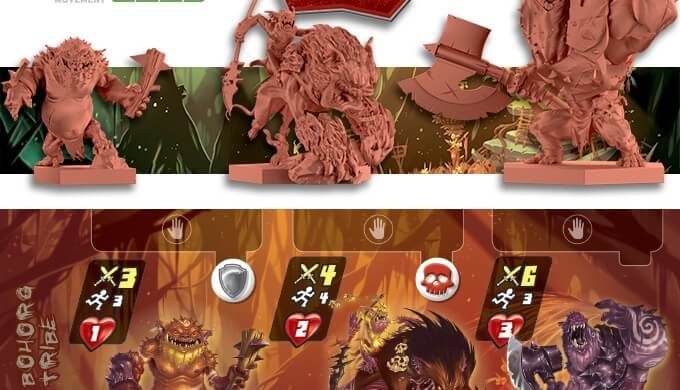 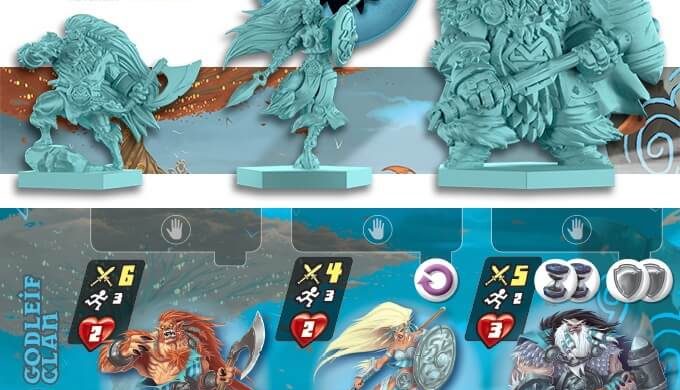 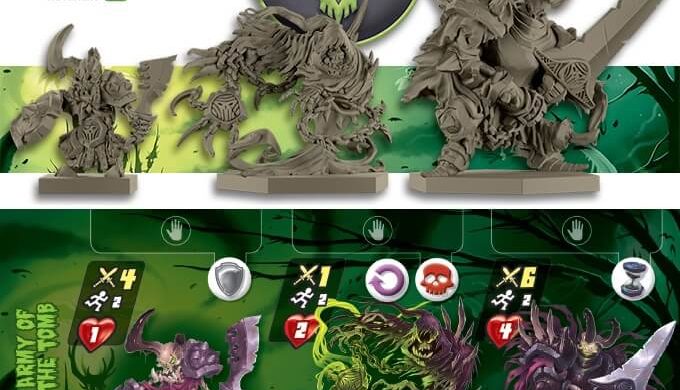 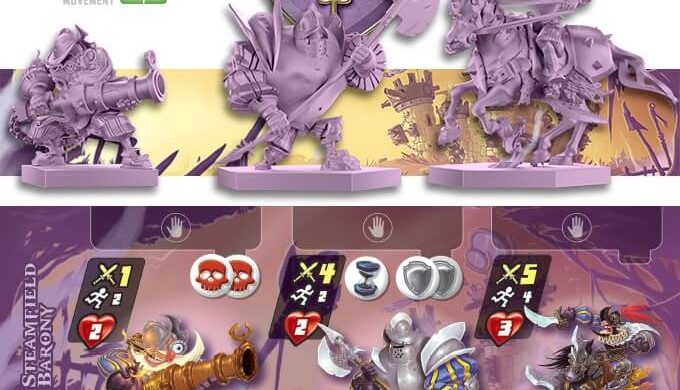 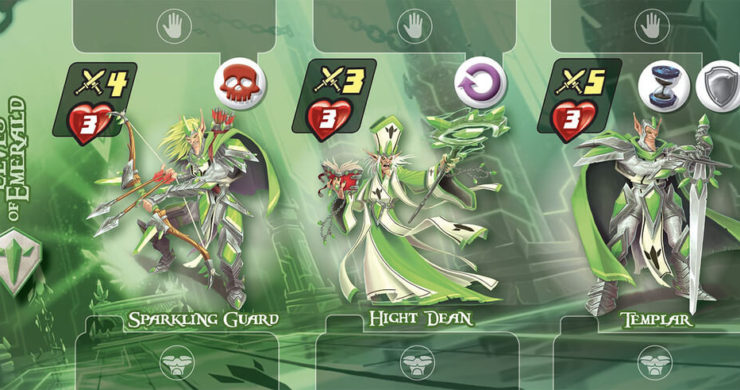