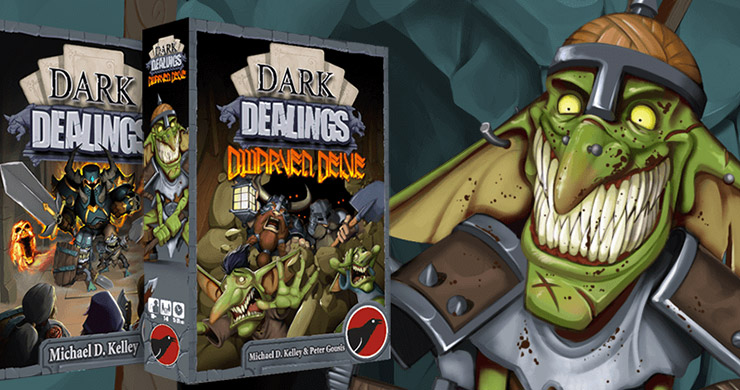 Dark overlords are under siege by heroes! In Dark Dealings, you take the role of a dark overlord who tries to defend his stronghold. Will you hold or you will be evicted?

Dark Dealings was published in 2016 and with this kickstarter you get the chance not only to get the base game, but also a bunch of expansion packs plus the new 2017 expansion.
Let us see how the game plays. There 3 phases at total.
Hero Phase
At the start of the game, each player draws 9 cards, he keeps 2 of them and the rest are given to the next player. This goes on until everyone has 8 cards. This is called the Hero Phase.

Defense Phase
Defense cards are dealt to the table (2x the number of players). Each player chooses 2 of their heroes and reveal them simultaneously. The player with the highest challenge value picks a defense first and adds it to their tableau. This is repeated until there are no defenses. As players use their heroes in this manner, a deck of 8 cards is formed. This is very important for the next phase.

Combat phase
Players reveal their topmost hero card. They combat each hero they reveal by rotating and/or discarding defenses that match the heroes’ vulnerabilities. Heroes have a defense value. If strikes reach or surpass this value, the hero is defeated. Whoever lets the least heroes to invade their stronghold is the winner!

The game as you can see is played through 3 simple phases, is fast and easy to learn. There is also a hardcore mode where you are eliminated when you let a hero pass your defenses. There are also numerous expansion packs that add a lot of replay value to the game and of course the new expansion that comes with 54 new cards and a new mechanic called “Tough”.
The pledge tiers are numerous. You can get only the base game if you want or the game plus any expansion or you can get the super deluxe all in one wooden box. The shipping costs are quite a lot if you buy only the base game, so you have a better deal with buying more content. If your dream is to become a dark overlord, check out Dark Dealings here! 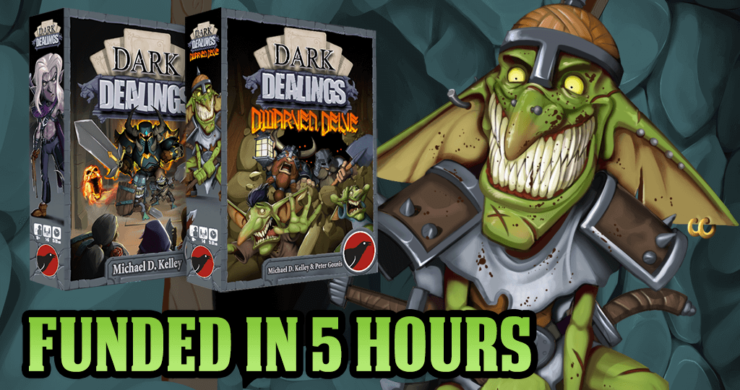 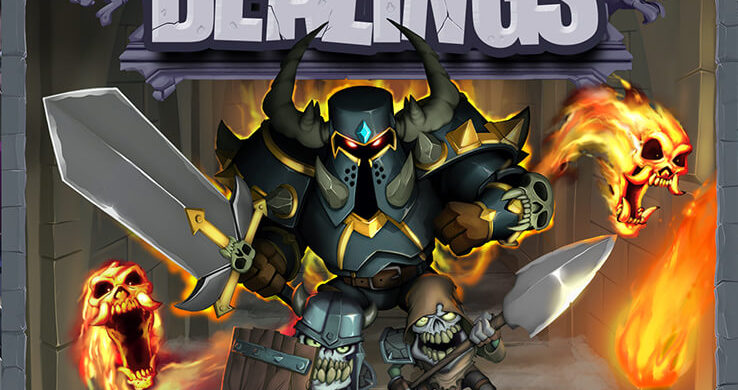 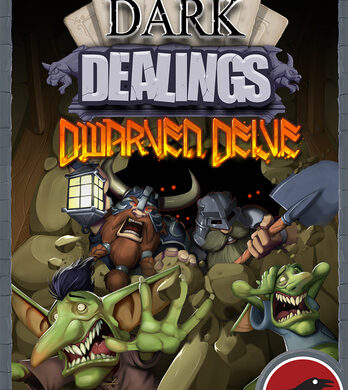 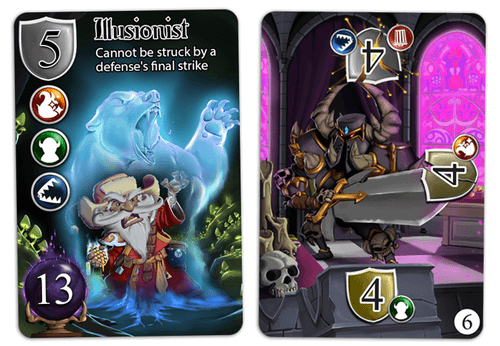 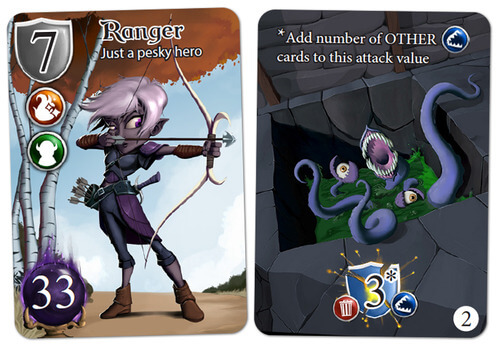 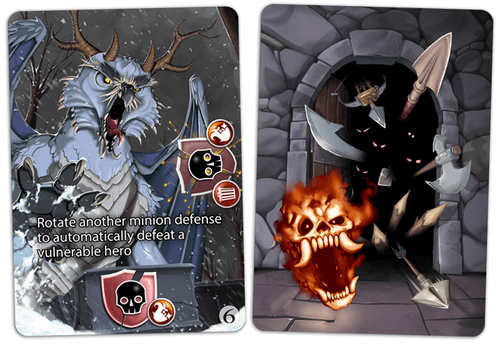