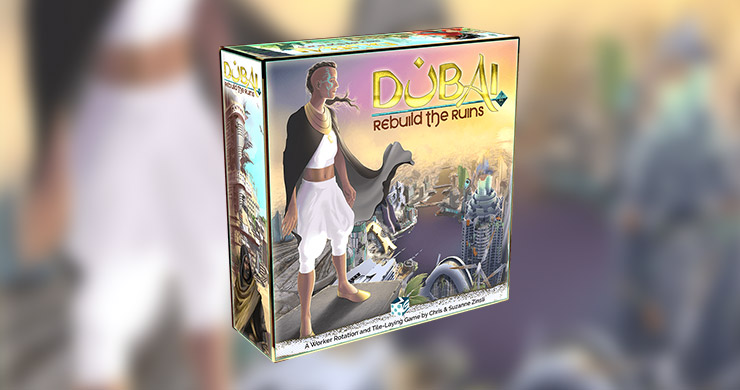 Dubai: Rebuild the Ruins… and Become the Leader of the City

Dubai: Rebuild the Ruins takes place in 2299. The Great War left only ruins in Dubai, but now it’s time for it to rise again. Each one of you is a faction’s leader and what you want is to rebuild the city and make it the new home for all people.

Dubai: Rebuild the Ruins is a resource management board game that features a worker placement mechanic in a very interesting way. By using roundels, it allows all players to be fully engaged in each round and turn order is always changing.

Three roundel tracks are included: the Docks, where players collect new resources, the Engineers Guild, in which players receive money or purchase plans for Structures and the Ruins for receiving Goal cards or rebuilding Structures. The roundels are made by slotting three pieces of punchboard together making three dimensional towers.

According to the worker rotation system of the game, players place each worker on the spots of one of the roundels clockwise. Then, they bid for the actions on that roundel in a counterclockwise order. The player whose worker is placed on the last spot of the roundel starts first in the next round. In this way, there is no static turn order, but a dynamic interaction among the players.

If Dubai: Rebuild the Ruins has intrigued you, you may take a look at the Kickstarter campaign that is set to go for another 15 days. 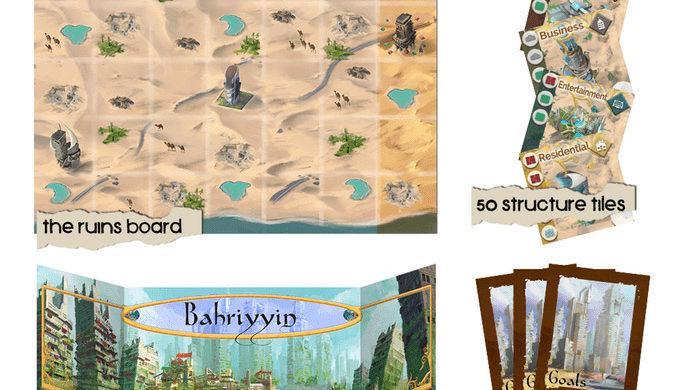 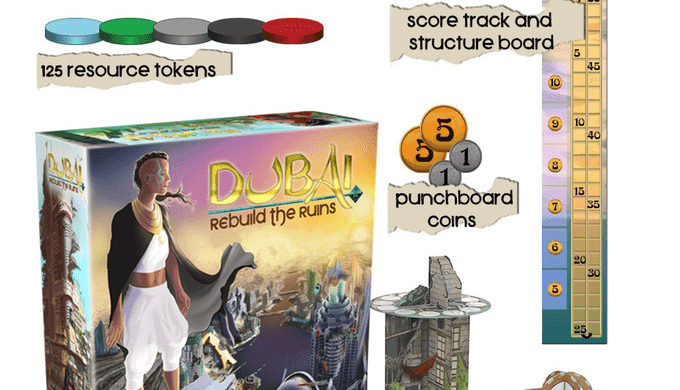