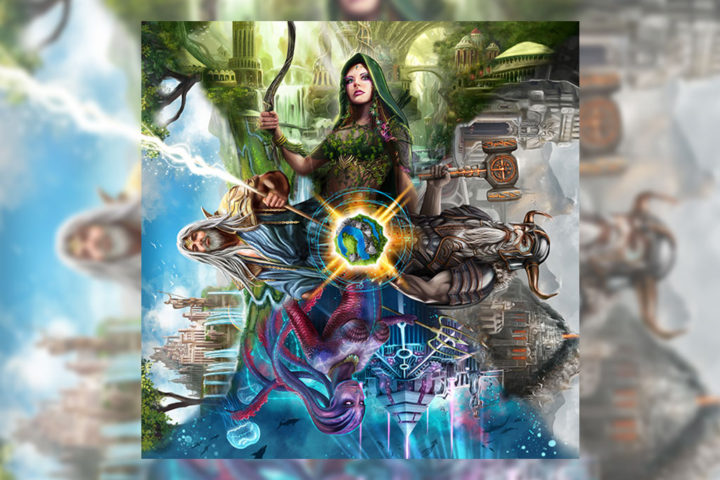 Feel the Power of a Deity With 4 Gods

4 Gods is a world building and tile placement game in which you play as gods. Together, you will create a whole new world and then you will vie for exerting the greatest influence over it.

Unlike the majority of tile placement games, 4 Gods is played simultaneously. From the start of the game, you will be competing to quickly and correctly place tiles into the world, building seas, mountain ranges, forests and plains. Each type of terrain is the domain of a different god. If no tile can be placed in a location, you can put a legendary city instead. However, such cities cannot endure, since if a new tile that can go in that spot comes up, the city is destroyed and you get points for the act of destruction.

As you create the world and its cities, you will also place your prophets throughout it. Whenever you place a tile, you can also place a prophet upon it, no matter what type of terrain that tile depicts. You earn Divine Influence in areas where you have a majority of them.

The game ends when the world you’ve been building is completed and no more tiles can be placed. Apart from the legendary cities and the prophets, you also earn points if your god has the largest continuous area of terrain in the world and the largest number of kingdoms.

4 Gods is a real-time tile laying game, designed by Christophe Boelinger, also known for Archipelago. 4 Gods is a game of creation, in which you will have to place prophets, establish legendary cities and shape kingdoms in a balanced way. It will be available in the fourth quarter of 2016. 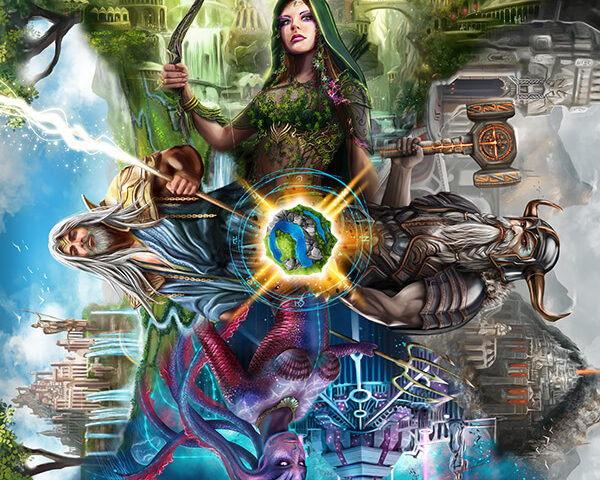 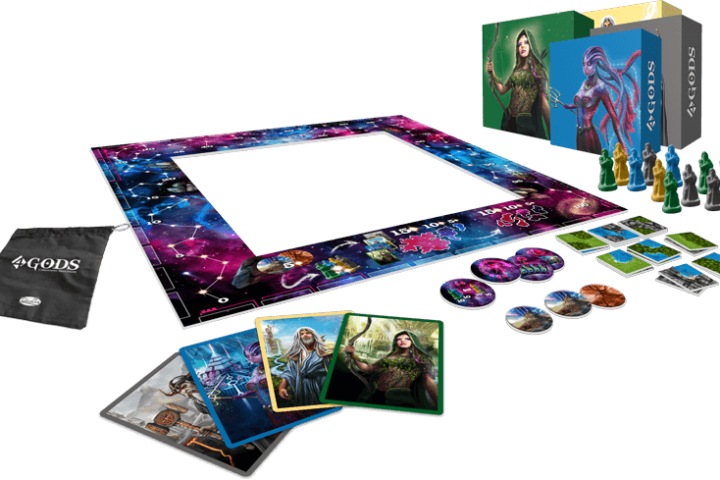