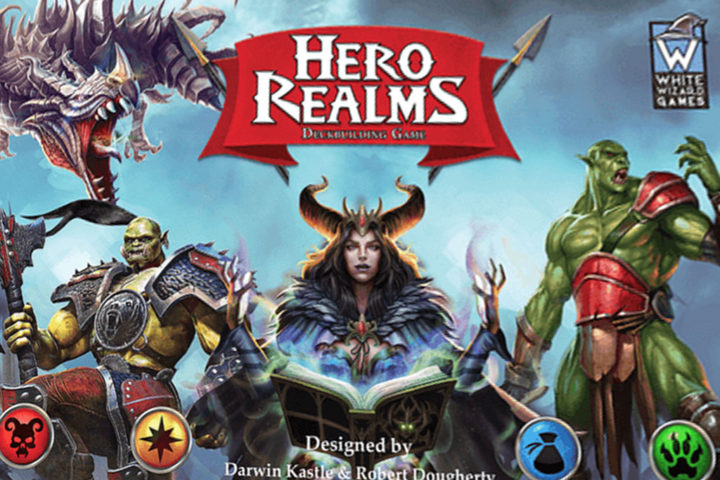 Welcome Hero Realms, a deck building fantasy and adventure game from the creators of Star Realms.

Each player starts the game with a ten-card personal deck that contains gold and weapons. Every round you begin with five new cards which you have drawn from your personal deck. When it runs out of cards, you shuffle the discard pile making up a new deck. There is, also, an 80-card deck, which is accessible to all players. At the beginning of the game, five cards are revealed from that deck to create the Market Row. During the game, you use gold to buy champion cards and action cards from the Market. These champions and actions can give you plenty of gold, combat and other powerful effects. You use combat to attack your enemies and their champions. When you manage to reduce your opponent’s health to zero, you win.

There are many Character Packs, with which you can play as a Cleric, Wizard, Fighter, Thief or Ranger. In addition, you can work together in order to fight a Boss, take Boss decks and fight against each other or take part in campaigns, where you will gain XP through different missions and you will obtain skills, equipment and new cards for your character’s starting deck.

Hero Realms has been launched on Kickstarter and it is doing great so far. It is planned for release in autumn 2016. 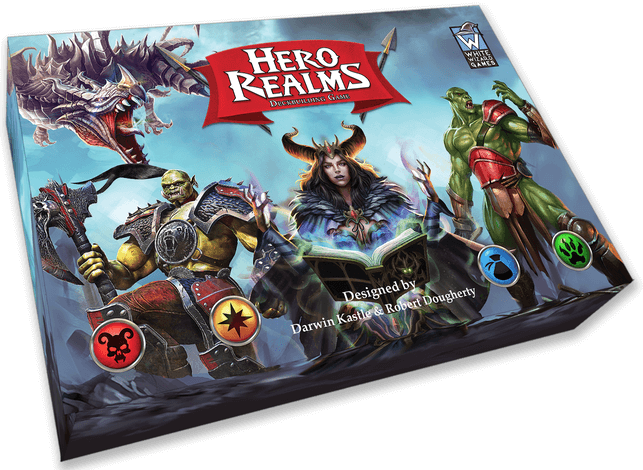 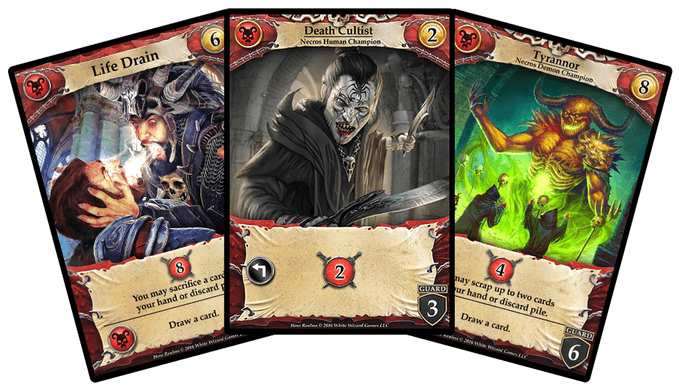 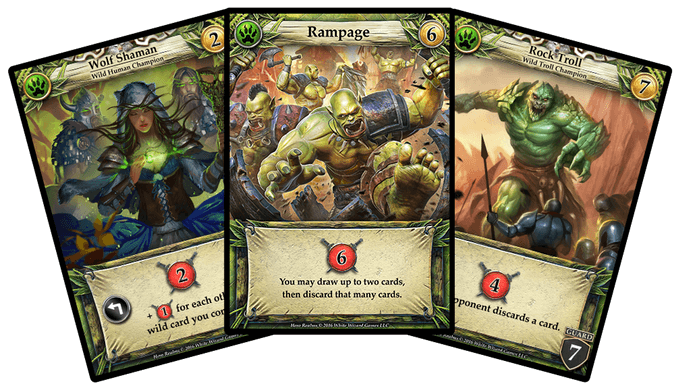 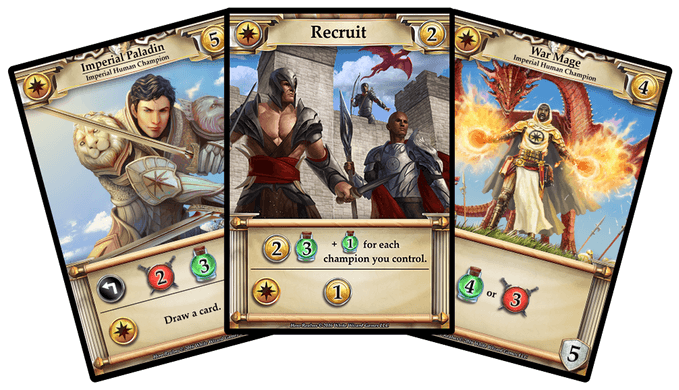 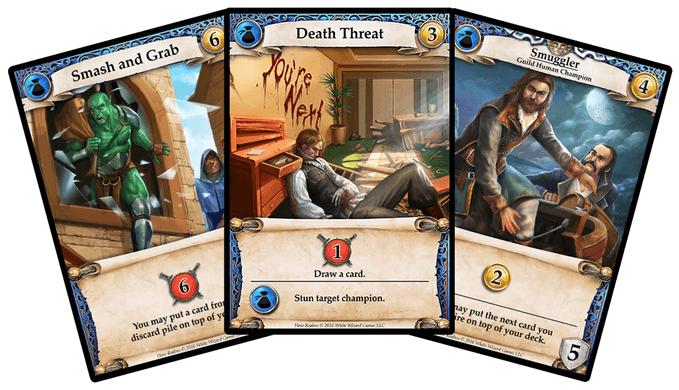