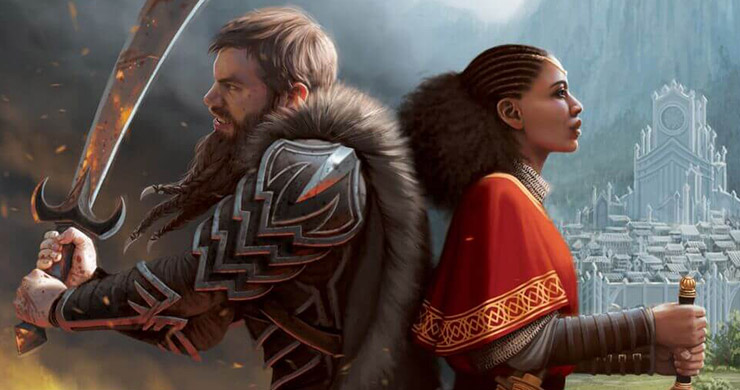 Path of Light and Shadow – Which One Will You Choose?

As the sons and daughters of the once-great houses: Foxway, Gorga, Mherzeen, and Spyre , you fight for the control of The Realms. With a team of advisors, followers and your conscripts you try to take back what is yours.

Path of Light and Shadow combines area control, deck management and city building which in this case is empire building. There are two basic aspects when you play the game: cruelty and mercy. You can utilize cards in your hand depending on those aspects.
You begin the game with some basic cards on your hand, an advisor and two cards from the path that make up your 10-card starting deck. Each player has only one piece on the board: his leader miniature. Every region in the game has defenses. In order to show how much defense a region has, you put the right amount of plastic tower pieces. There is also a tracker that tracks how merciful or cruel you are, depending on your actions.
Generally, cards have a labor value and an attack value along with some special abilities. With the labor value, you can do various actions and you can track them on your personal board. Moreover, some cards are upgradeable. When you pay the upgrade cost of the card, you gain a new more powerful card. At the end of the turn, each player will recruit one card based on the realm that they occupy. There are total of four realms in the game, each comprised of three provinces.
Once per turn, you can move your figure to an adjacent space and then you can try to conquer it. You play cards from your hand and the total amount of strength must be equal or more than the defense value. The twist in the attack is that the card with the highest attack value does not add this value to the initial attack, but instead you roll that many dice. For example, if I play three cards with attack value of 2,2 and 3, I will have 4 attack + 3 dice to roll. The dice have attack symbols and rune symbols. When you conquer a region, you draw cards that match the faction symbol on the region. You can also attack a region that is occupied by another player. The defending player then can play defensive cards. The game consists of 12 years (turns) and at the end of rounds 4, 8 and 12 there is a scoring phase that earns the players with influence. Whoever has the most influence wins the game.

The game has beautiful art, the components seems well built and there are some pretty interesting mechanisms that add to the game. Also, the options are quite a lot and the replayability of the game seems to be high enough for me.
Lastly, some words about the kickstart campaign. The campaign is pretty simple and well done. You can easily see how the game works and the pledge levels are pretty straight forward. Either you get the game or not. For the number of components, the price is reasonable enough. The shipping costs are included for the US and for the rest of the world are 35$. (Eu 20$, Canada/UK 35$, South America, Israel, Russia 50$). Also, there are a lot of kickstarter exclusives, so if you really want to get that extra components you should back it or you can get if from Essen in October.
If you want to conquer your enemies and be the one that reigns all over The Realms, check Path of Light and Shadow here. 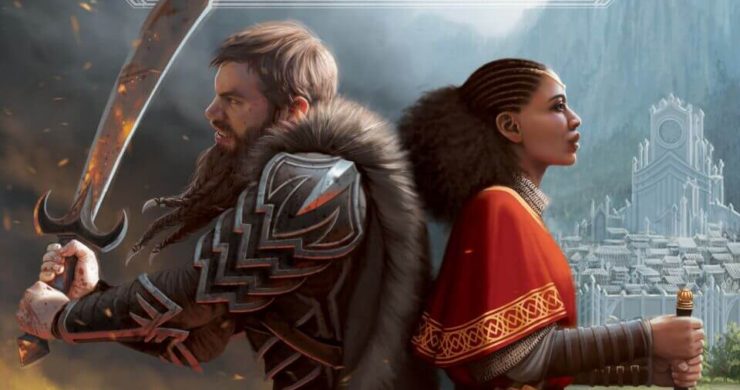 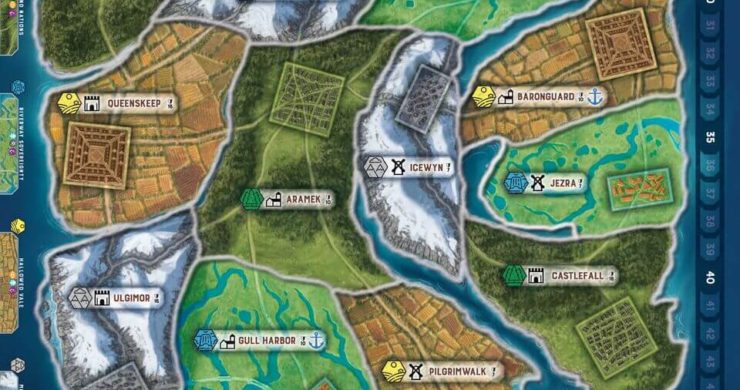 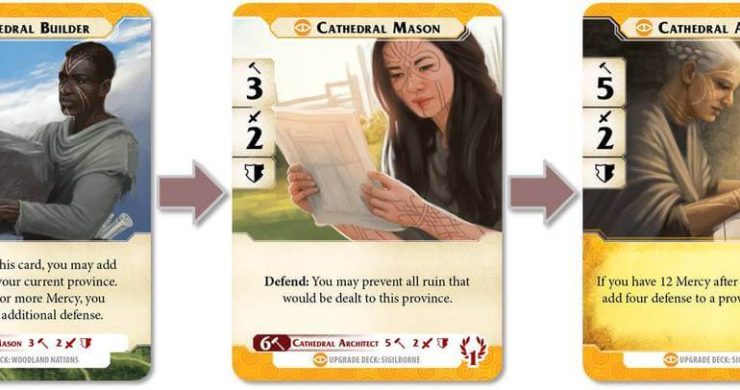 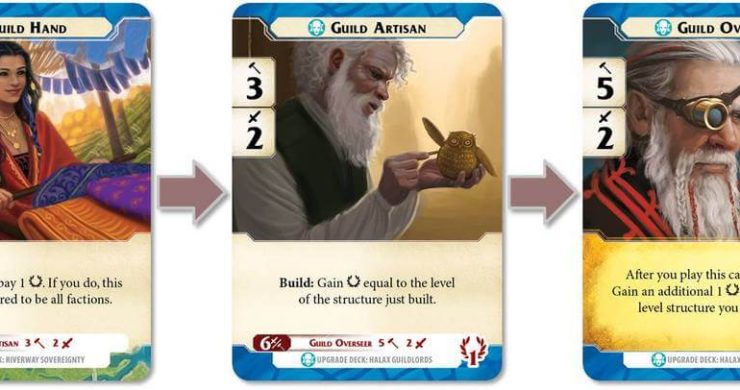 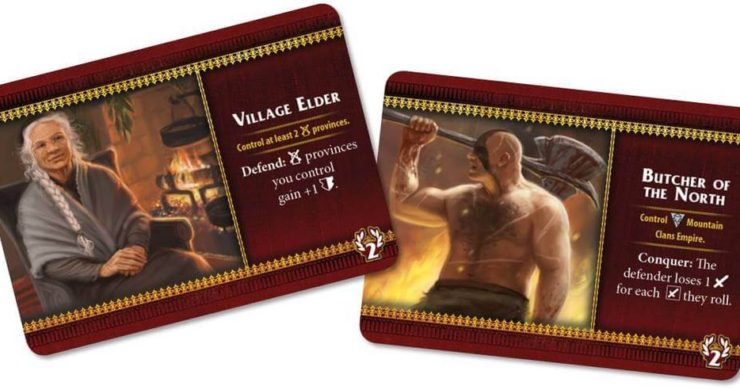 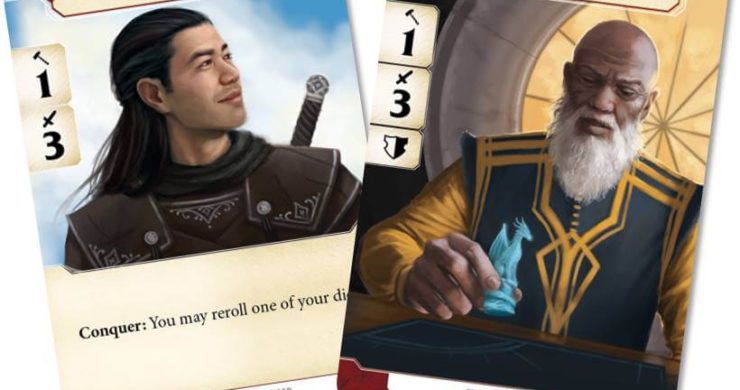 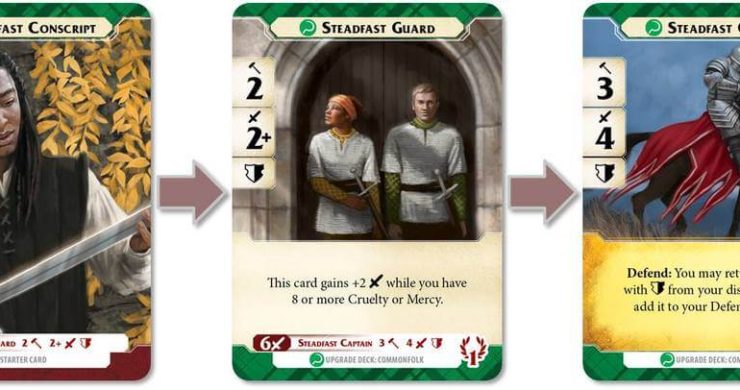 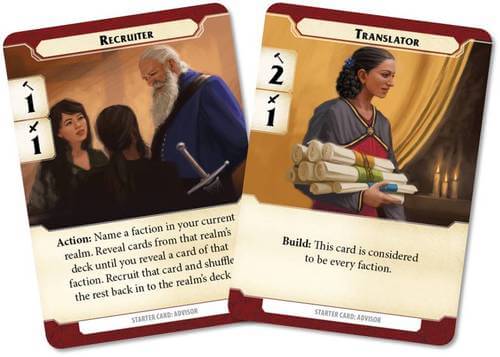