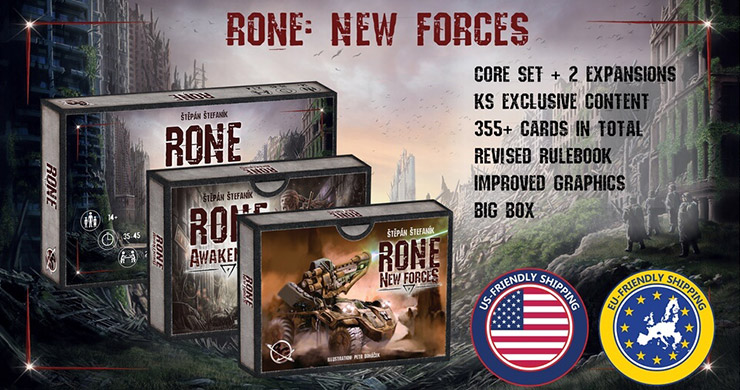 The campaign of Rone: Races of New Era  was cancelled on Kickstarter due to the shipping costs. The company had to change the shipping conditions and this time the campaign is being relaunched with free shipping worldwide! Check it out!

Rone: Races of New Era is a post-apocalyptic card game of strategy, where you play as survivors in a world that has been annihilated after a global nuclear war, which vanished everything people had created. Now, you are fighting against other survivors in order to dominate the remnants of the past.

Players have to focus both on playing their cards effectively and on killing the enemy hero. However, you should make wise decisions, since causing a great deal of damage directly to the enemy hero might be against you, because of the recycling system that the game features. According to that system, destroyed cards that have been placed to the enemy graveyard can come back to the battlefield, so waiting may be to your benefit.

New Forces is the second expansion to Rone continuing the post-apocalyptic war and introducing new recruits, new keywords and a new 3 player mode.

Rone: Races of New Era (2nd Edition) and the New Forces expansion have been running on Kickstarter and the campaign is due to end on July 6th. 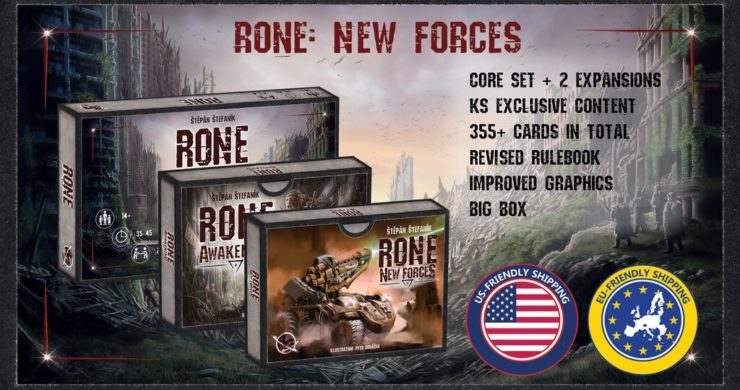 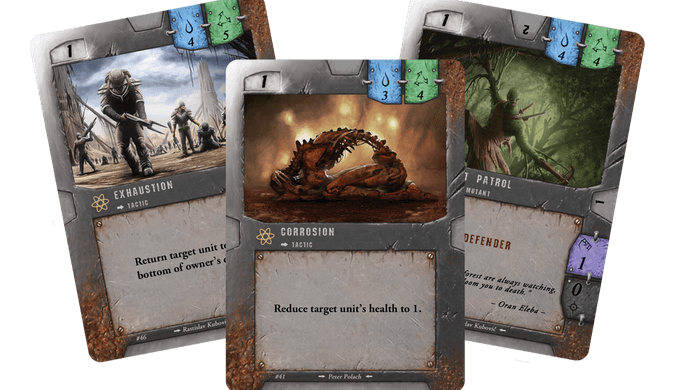 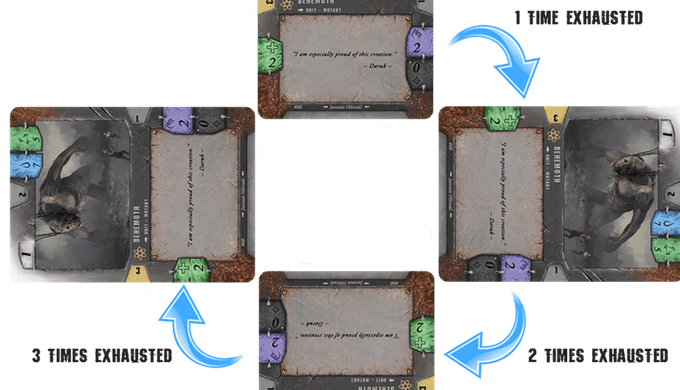