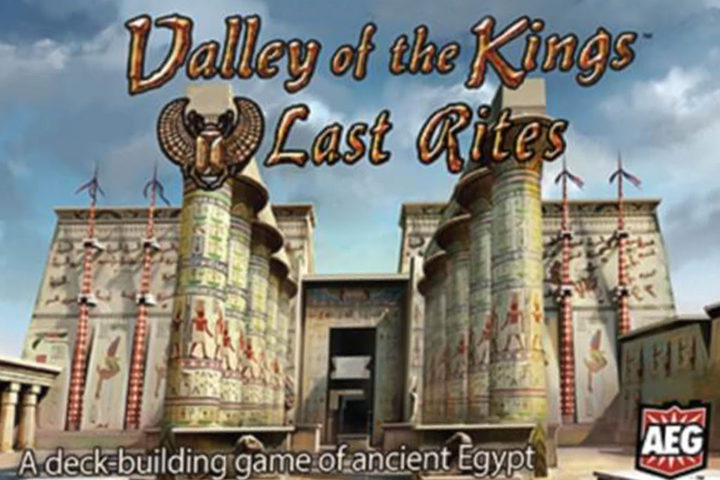 Valley of the Kings: Last Rites – Fill the Tomb With the Things You Want to Take With You…

You are Egyptian nobles at the time of the pharaohs and you are preparing for your death and burial. For this reason, you intend to fill your tomb with food, amulets, weapons and other treasures.

In order to achieve your goal, you try to obtain cards that have been placed on the table in the shape of a pyramid. You buy cards from the base of the pyramid, so it gradually breaks off and changes its structure, bringing cars that are higher in the pyramid to the base where they can be bought. In each round, the pyramid resets with new offerings.

You earn points for cards that you place from your deck into your tomb. The player who has gathered the most valuable items in their tomb wins.

Valley of the Kings: Last Rites is a standalone game, however, you can play it along with the previous Valley of the Kings. The game features a special deck building mechanism, where each card can be used in three different ways and players have to decide very carefully if they are going to use a card for its value, for the action that it has or if they will place it in the tomb in order to get victory points. The most valuable cards in their hands are also the most valuable ones for their tomb. They must have a well-organized deck and collect as many victory points as they can.