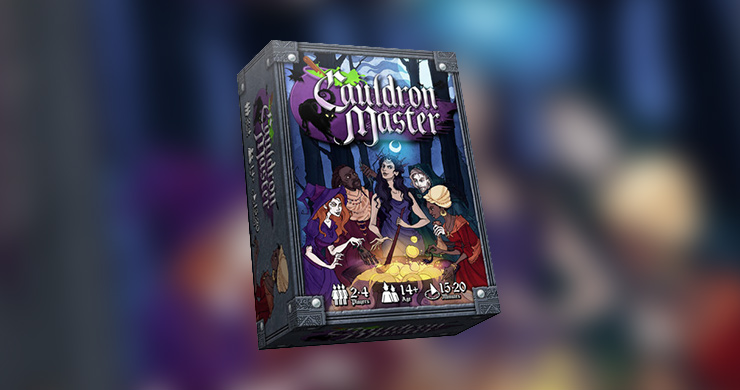 Who Will Be the Cauldron Master?

THEMATIC OVERVIEW
“Gather my sisters, the town of Salem will be bewitched sooner than later, so be cautious and collect the right ingredients as we are not the only mischievous ones around. “
In Cauldron Master, you will be part of a witch coven, collecting ingredients to concoct potions using your cauldrons. But it’s not the only one, more witches have laid their eyes on “Salem” and its unsuspecting citizens. Be fast, be conniving, be a Witch.

GAME OVERVIEW & THOUGHTS
The goal of the game is to gain the most spell points, meaning that you made the most powerful potions and your magic power is above the others. To accomplish that, you have to try and combine the right mix of ingredients in your cauldrons, as well as take advantage of your secret elixir that may give you the upper hand.
Each player will start the game with three Cauldron cards of different capacity (2,3 and 4 ingredients), five Witch cards which differ in effects and power value and one secret Elixir card that will let you score additional points.
A general supply of various ingredients will be available at the center of the play area and in each turn all players play a Witch cards face down simultaneously. The cards are revealed and the player with the lowest numbered card will be the first one to take cards from the supply, continuing in ascending order. Each Witch card depicts what kind of ingredients can be taken, so you have to choose wisely and overthink your opponents as they may take what you want before you.
When you successfully fill a Cauldron card, you will score spell points depending on the tasty mix you made, maybe some frog’s blood, a piece of a snake’s skin and a drop of a spider’s venom. Additionally, your secret elixir card may offer you some extra points, if you followed its secret recipe!
The game will immediately end if at the start of a round the ingredient deck is depleted and the player with the most spell points will be the winner. It’s suggested to play the game twice, with the player having the most points in total crowned the Cauldron Master!
Set collection is one of my favorite mechanics and one integrated in many popular games, so this one picked my interest from the start. It seems to be fast, light and has the “read my opponents” element which I also am a fan of.
If that seems like a game you would be interested in trying out make sure to check out its Kickstarter campaign and consider supporting it here. 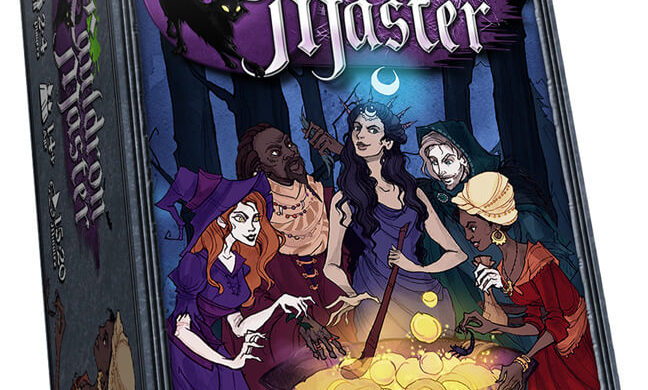 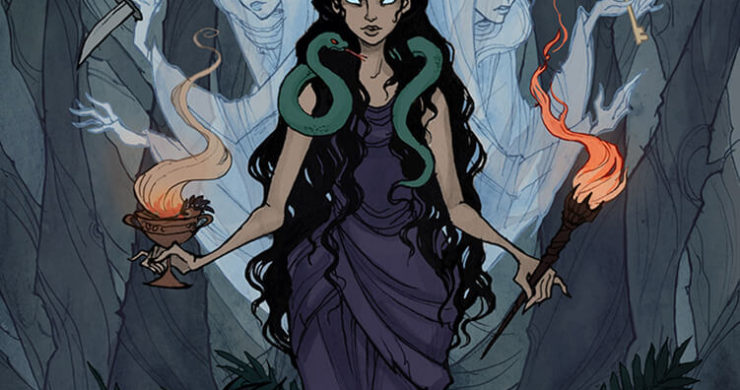 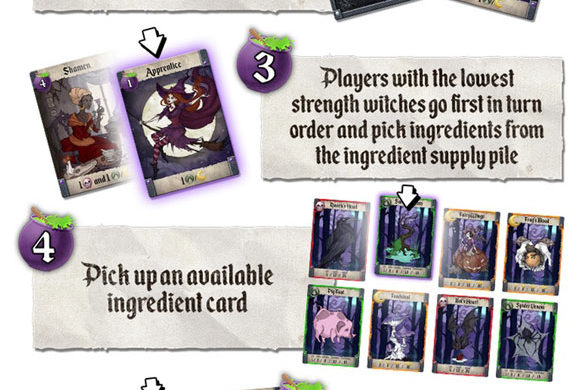 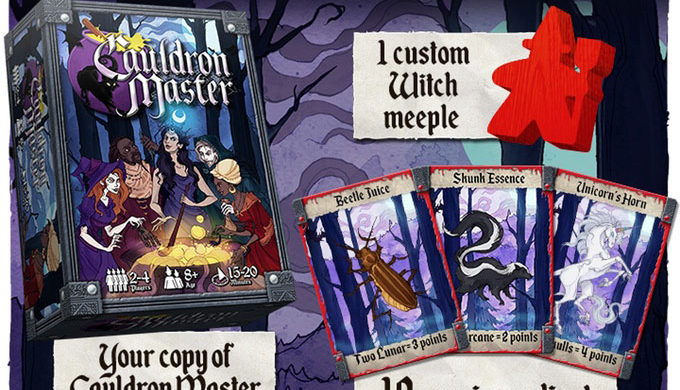 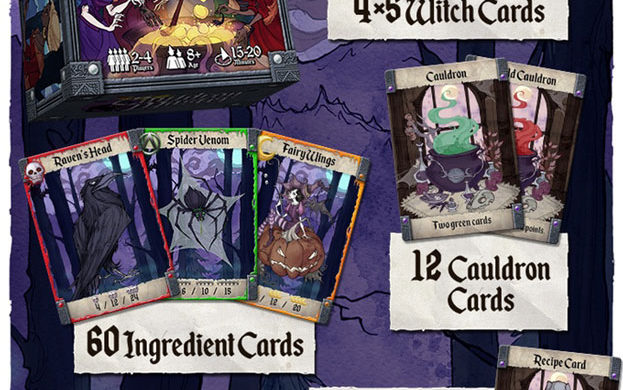