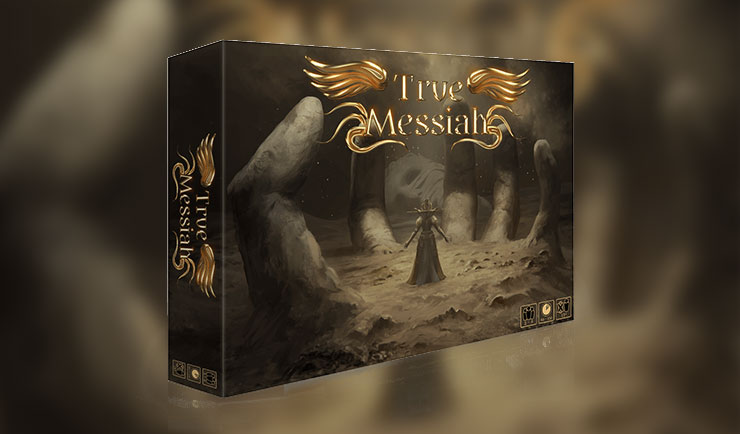 Who Will Be the True Messiah?

“It is the near future; Earth. Years ago, scientists successfully constructed the Belief Engine, a machine that warps reality based on people’s strongly held beliefs. The machine was turned on for testing, but it proved too sensitive: widespread belief in the depravity of man and imminent social collapse suddenly took on the full force of objective fact, and science skepticism rendered the Engine’s creators helpless to intervene. Without resort to a shared external reality, civilization crumbled like a sand castle in the tide.

From the ruins have now arisen cults led by charismatic, messianic figures possessed of seemingly divine powers derived from the still-functioning Engine. You are one such figure – the true one, the Messiah. It is God’s will that you build temples and marshal followers, then mold their beliefs to perform miracles and destroy your rivals. They’ll be doing the same, but don’t worry – God is on your side…”

True Messiah is a deck-building board game in which each player chooses a messiah and their goal is to destroy any enemy player. Each round, players take turns in a set order. A turn consists of four phases: one where you draw cards, recruit followers and build temples; one where you move units and perform miracles; one where adjacent units fight one another; and a wrap-up phase. At the end of each round, all players bid in secret against the other players to acquire new miracles from the Market. Most of those miracles are unique, therefore, as the game progresses, you can build a deck with completely different powers from the other messiahs. The first player to destroy any enemy player wins the game.

True Messiah has been up on Kickstarter and will be running until late October. 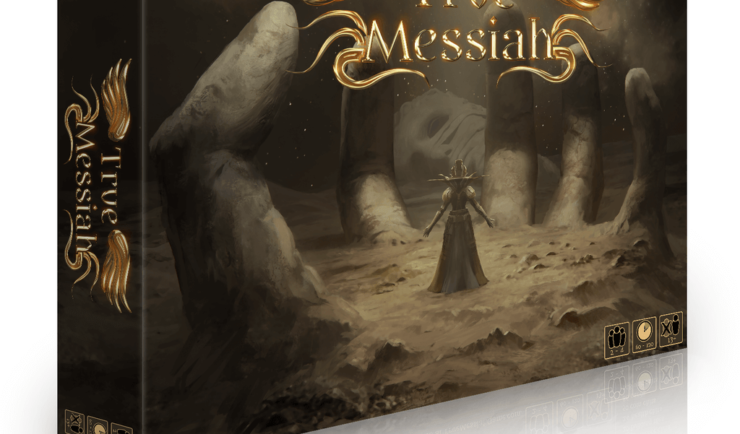 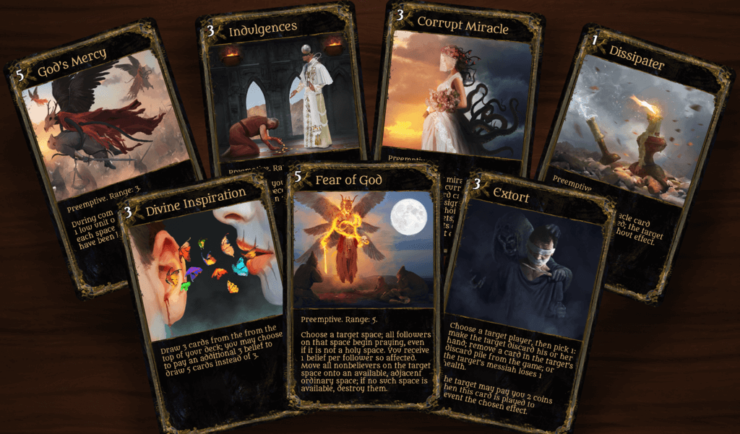 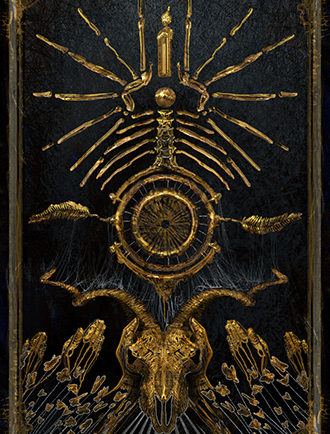