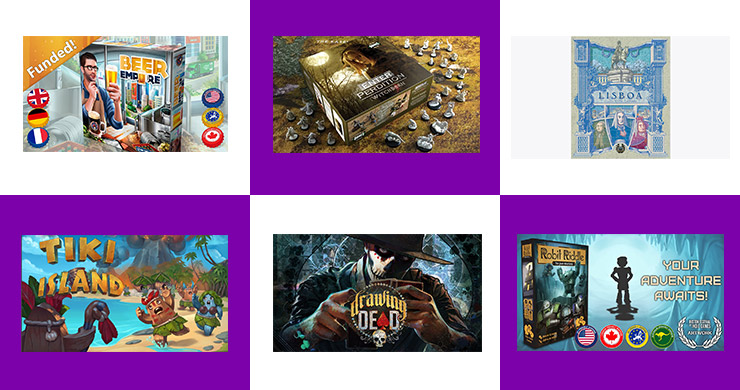 Knowledge is a fantasy-themed combat game for 2-5 players. Independently produced, it is a straight up deck builder that incorporates dice to determine results in battle. Currently 56% funded with 13 days to go.

It doesn’t get more metal than this! Cryptic Explorers is an asymmetrical sci-fi/horror game from Tempest Tome Games. 1-3 players are heavily armed explorers, while one player is the enemy looking to eliminate the explorers. The game plays like a dungeon crawler, and has a unique, macabre, black-on-black aesthetic rooted in death metal. Currently 37% funded with 13 days to go.

Gil Hova, the successful indie designer behind The Networks and Bad Medicine, has a new word game on Kickstarter, currently 88% funded. Wordsy plays much like Yahtzee but with cards and a unique points system that prevents speed from being the operative still to have to win. It also allows you to spell out words using letters not on the table, so the possibilities are endless.

Thanks for stopping by, and play more games this weekend! We’ll see you next time.