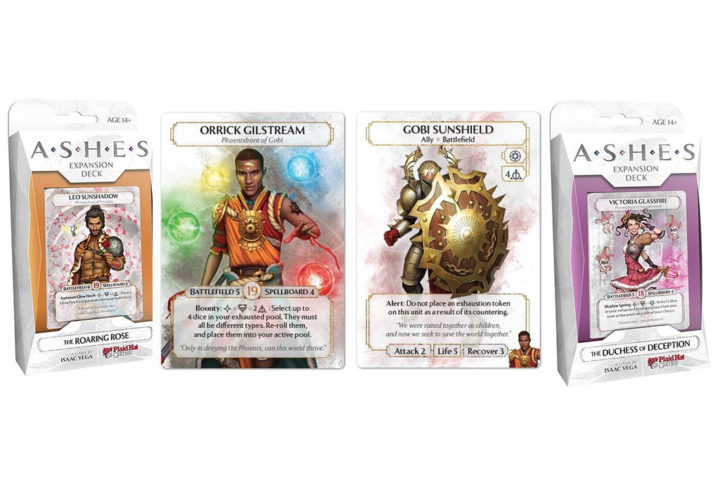 Three new Expansions for Ashes: Rise of the Phoenixborn

Here are the three new expansions for Ashes: Rise of the Phoenixborn, which you can preorder.

The first one is Orrick Gilstream & Gobi Sunshield, a set of four cards which can be added to the base-game. Orrick is one of the Phoenixborn and he comes with three Gobi Sunshield cards, while the rest of his deck consists of other cards from the game.

The Duchess of Deception is the second expansion and it contains the new Phoenixborn Victoria Glassfire with two conjurations. Victoria requires ten Illusion dice in order to play, which are included in the base-game.

The Roaring Rose is the third expansion with the new Phoenixborn Leo Sunshadow and three conjurations. Leo requires ten Charm dice in order to play, which are also included in the base-game. 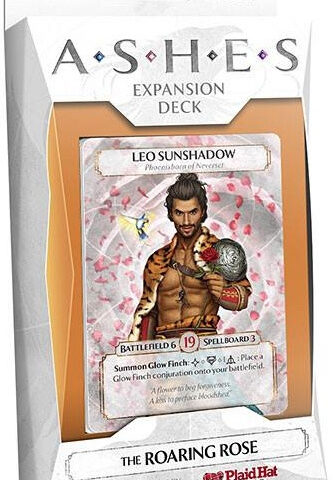 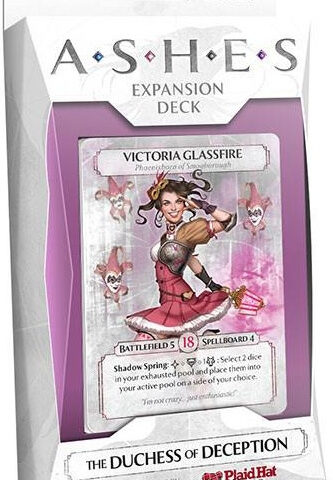 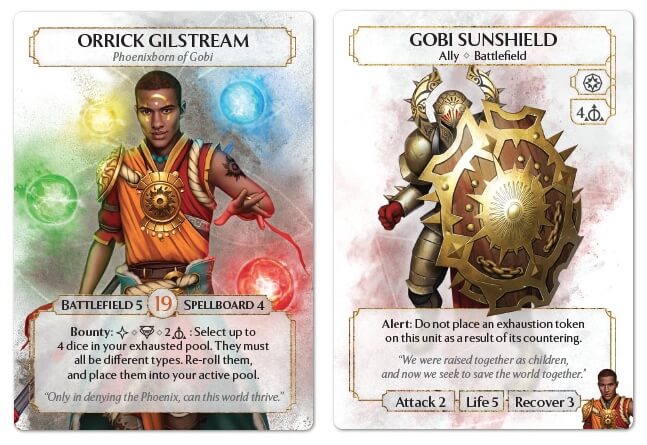