Dice Throne Adventures is live and already funded, on Kickstarter!
It’s a cooperative expansion for Dice Throne Season I & II. Using up to 4 Heroes of the base games, you can dive into an epic adventure about defeating the Mad King!
Dice Throne is a popular dueling game. Adventures adds a new layer to it. After two successful campaigns on Kickstarter, it’s coming back strong with this interesting twist!

DT Adventures is a campaign-style cooperative experience. Starting your adventure on the Crimson Sands as lvl 1 Heroes, you will play over a series of scenarios until you end your quest by defeating the Mad King!

During the game, you will explore and battle monsters until you reach the Boss’s scenario. After each session, your Hero will get stronger, steadily getting ready for the final challenge.

Your end goal, as mentioned, is to defeat the Mad King at the end of the campaign. To successfully pass a given scenario, you have to find its Boss and collectively defeat it!

Before starting your adventure, you have to randomly create the scenario Map and prepare the game area. The process is different in each scenario, coming with a unique flavor.

You will set-up your Hero as in the base game, place their standee on the starting tile, take a turn order card and a Loot die. The latter will be used to determine the type of loot you gain when necessary.

On your turn, you must either continue a Battle you are engaged in or move if you are not in a Battle.

You must move either on an undiscovered location, exploring it by flipping the tile or onto an ongoing battle! This move can be from an adjacent location or you can move through a chain of discovered locations.

Location tiles might give you Combat Points (CP), Gold, and have beneficial special effects. On the other hand, lurking monsters and negative effects might be also there. Similarly the scenario’s Boss might also gain CP. Thus, as you keep exploring, the Boss will keep getting stronger, waiting to confront you!

The Battle flow is identical to Dice Throne. You begin with an Upkeep Phase and end with the Discard Phase. The opposing Minion is controlled by a teammate, giving you a tough fight.

There are Minions of 3 different levels and a different Boss in each scenario, getting more powerful as the story unfolds.
Bosses have some tricks up their sleeves, making them a real challenge. I realized that as I was reading about the Fleeing option you have when discovering a Boss. The game gives you the chance to recollect and take a serious decision about getting into a fight or not. The benefit of fleeing is that you can come back to the scenario with all your gold and with some extra loot after a Shopping Phase. In case you get defeated, you lose half your team’s gold so you have to choose wisely.

If all Heroes are defeated, you lose the scenario and you have to repeat it. Additionally, your team loses half their gold and there might be extra rules depending on your level. When you die in DT Adventures, you have to wait until your team wins or loses.

By successfully defeating the level’s Boss, you win, gaining the corresponding rewards. If you manage to defeat the Mad King on level 4 there is a secret reward waiting for you!

After defeating or fleeing from a Boss, a Shop Phase takes place. Each team member takes as many Gold as the team managed to collect in this level. That’s the amount of gold they can spend on buying Loot cards. Players gain a number of cards according to the scenario, purchasing the Loot of their choice. Loot cards come into different levels and they are added to your deck, making you stronger for your next adventure.

There are times in the game where you will gain Loot. That’s an exciting process as you roll your loot die and check for the result! There are various rewards, like drawing cards, gaining gold, gaining Loot Cards and more. An elegant

As it’s an expansion for Dice Throne, it targets the fans of the series. Adding to the replay value of the game since it essentially gives a whole new way to play the game. If you already enjoy the quick and fun battle system of the game, you will get the chance to experience it in a thematic story.

Nevertheless, if you enjoy cooperative games this is a good chance to dive into Dice Throne. Remember though, you will need Season I and/or Season II to get access to the coop campaign as the Heroes are needed. This way, you will have a popular 2 in 1 game with gorgeous art and top-notch quality components. As a fan of the series, I can say that if you like tactical dice-chucking games, this might be the one for you.

Dice Throne Adventures was funded in a few minutes and that was to be expected given their top-notch designed campaign. You can easily find all the information needed about all their products in a stylish and colorful page.

There are some amazing options that you have to check out:

Now it’s the best time to join the epic world of Dice Throne! 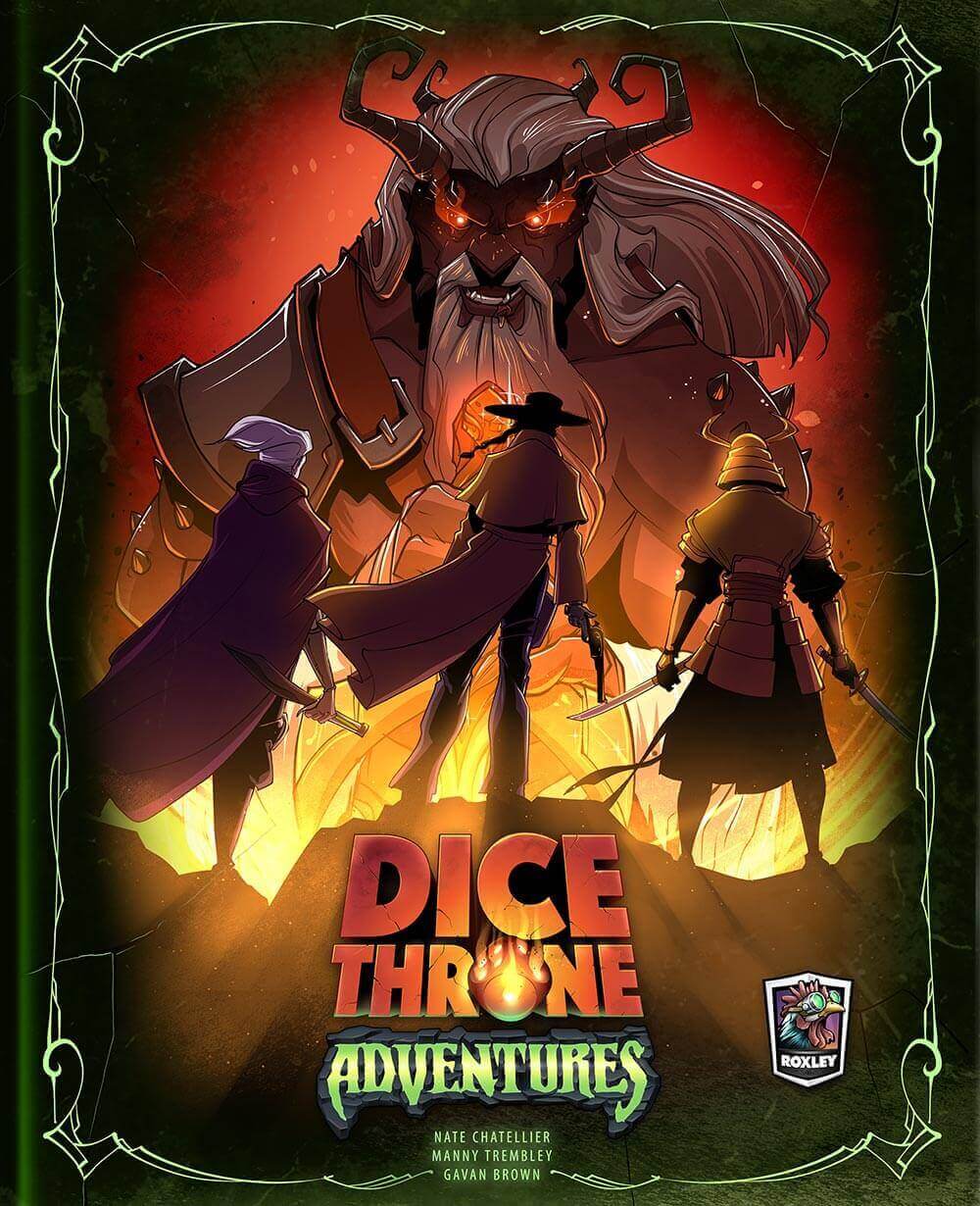