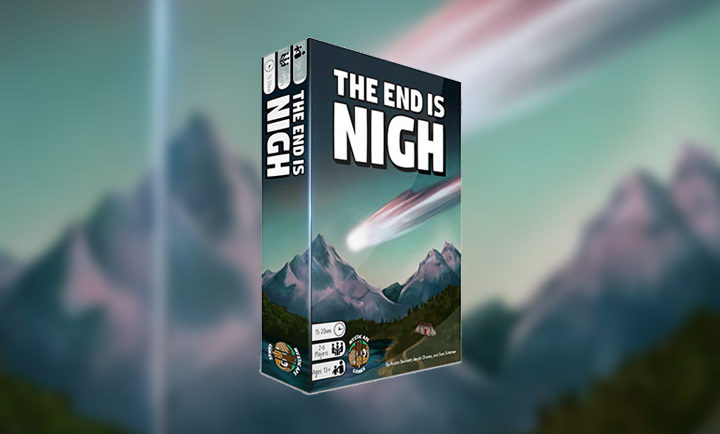 The End is Nigh… Who Will Be in the Bunker When the Asteroid Hits?

Unfortunately, those who predicted it were right. The asteroid is going to strike Earth at midnight, resulting in the annihilation of the whole human race. At least, you were one of the few lucky ones who managed to ensure their survival by securing their spot in a bunker. Of course, there are more people coming, seeking for refuge in the bunker and a chance to survive, and you will have to determine who is going to stay and who is going to leave. Be careful, for there are rumors of cult members that infiltrate and sabotage those bunkers, in order to fulfil their doomsday prophesy…

The End is Nigh is a pre-apocalyptic deduction game, where players must vote and get every cultist refugee out of the bunker. If even one of them succeeds in staying in, then humanity is doomed.

On your turn, you must question refugees to find out more about them. Each one of the refugees has their own personality, which gets activated when they are questioned. After the process of questioning has come to an end, you must vote for a refugee you think that should be exiled. When the clock hits 6:00 and 12:00, the refugee with the most votes will be kicked out. Play wisely, make the right questions and keep those cultist refugees out of the bunker.

The End is Nigh has been up on Kickstarter where it got funded on Day 1 and keeps running! 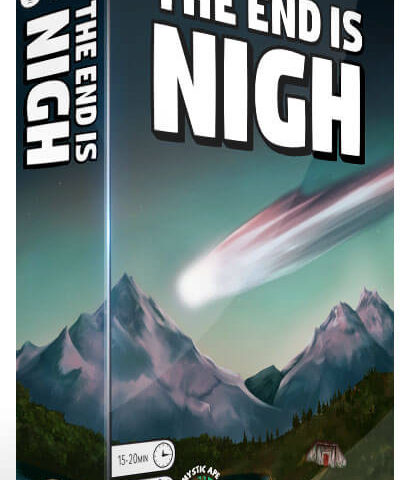 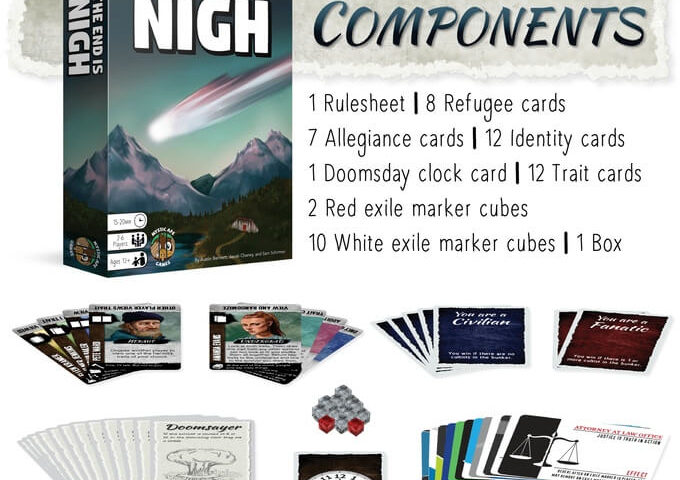