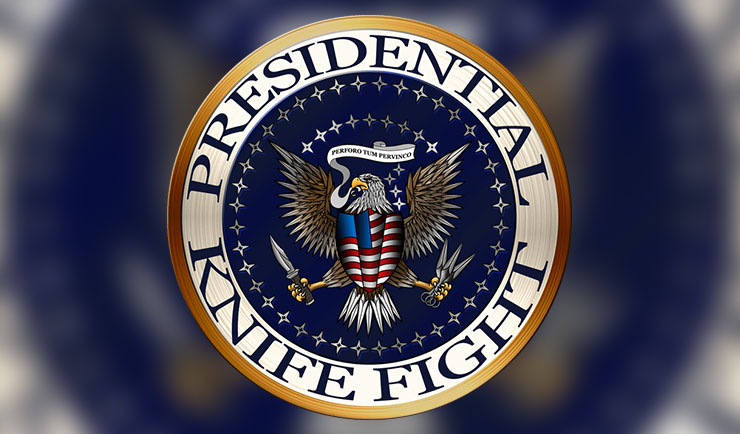 Presidential Knife Fight – The U.S. Presidents Are Here to Fight

What comes to mind when you hear of the U.S. Presidents? Probably, you are thinking of men with a serious face, dressed in costumes, having long conversations and attacking each other only through words. But what would it be like if all those former U.S. Presidents found themselves in a knife fight and could stab their way to becoming the Supreme Presidents of the United States?

In Presidential Knife Fight, players start the game with some Presidents to choose from. Each one announces the President they have chosen, along with the political party, the slaveowner status and the President’s abilities. Every turn you get three actions, and you can choose to draw new cards, play action cards, activate your President’s ability and/or stab a President next to you.

If you get stabbed to death, you can choose a new President to play with from your hand. If all of your Presidents are killed, you can choose a new one at random from the president deck, every time you come back to life. Of course, corruption is always part of politics and it could not be missing. With certain action cards and abilities you might be corrupted and if you get 5 corruption counters, your president is thrown out of office and you lose a vote from your pile.

Votes are needed in order to win the game, and you can gain them in many different ways. By killing an opponent, surviving a whole round, through specific presidential abilities, by being the last man standing or by corrupting another player to death.

The first person who manages to add 5 votes to their pile is the Supreme President of These United States!

Presidential Knife Fight has been up on Kickstarter and is set to go until late October. 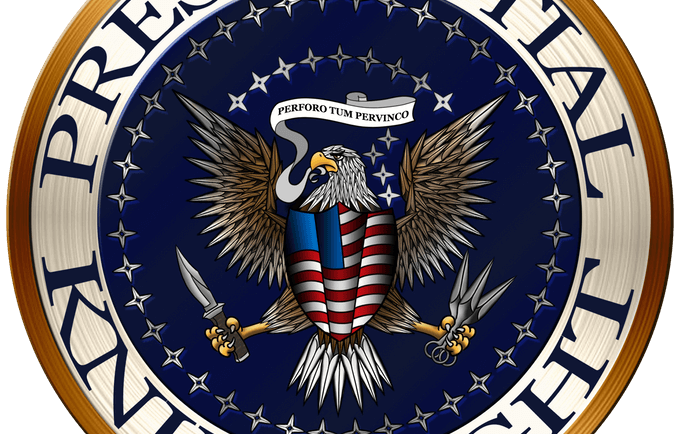 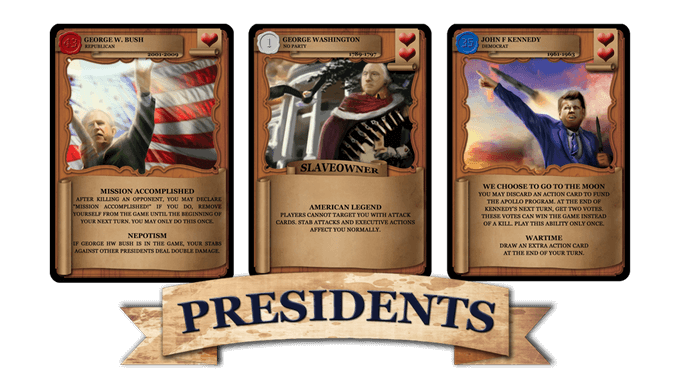 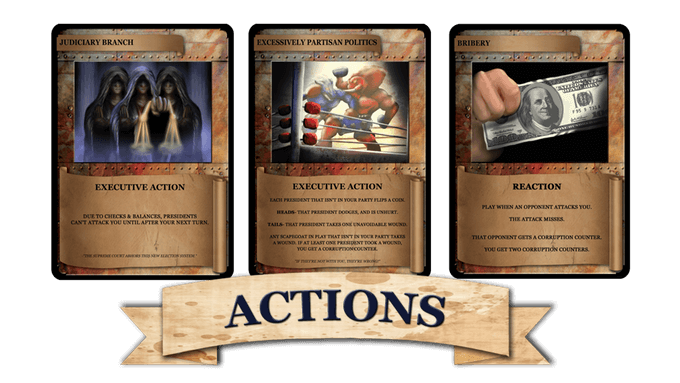 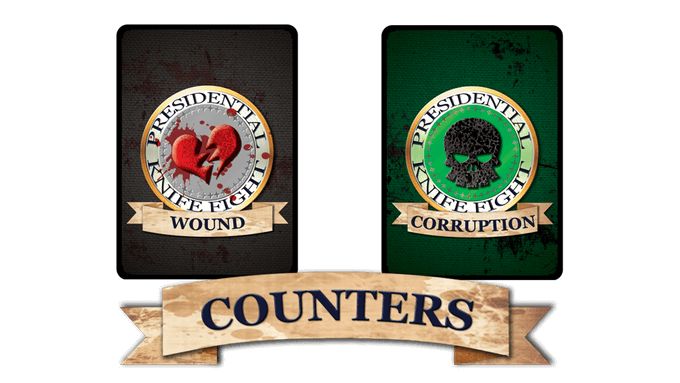 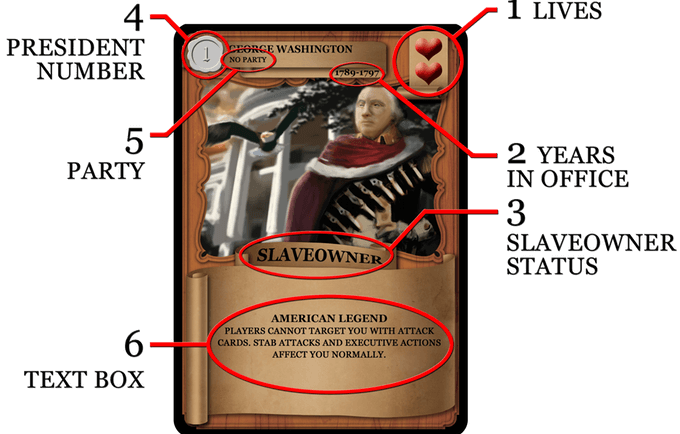 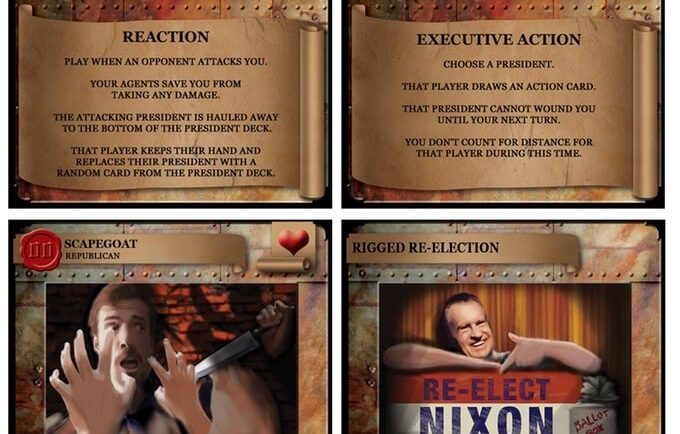 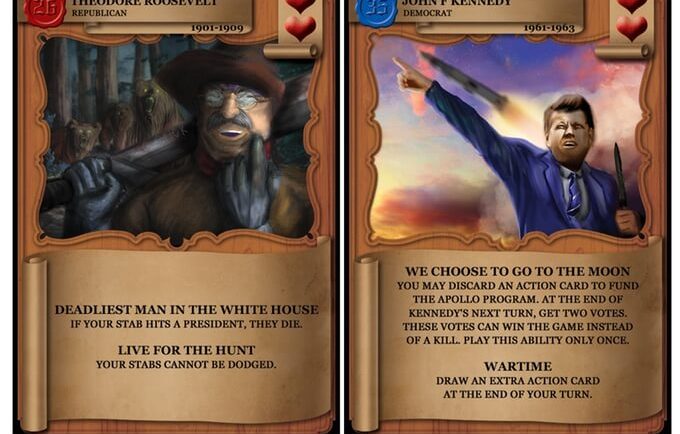