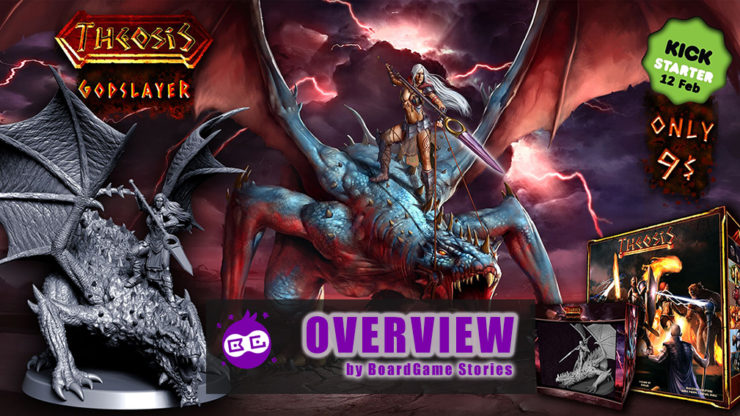 Dreamcraft Games is coming back on Kickstarter with an epic mini-expansion for their successful game, Theosis! Through this campaign, you will get the chance to get the base game also, a Kickstarter Exclusive board game. The latter means that there is not going to be a retail version of the game, so this is your chance to grab it if it piques your interest. You can also read my in-depth overview of Theosis to learn about its gameplay!

A GLIMPSE IN THEOSIS

In Theosis you take on the role of a Demigod trying to claim a place among Gods. To do so, you have to choose your mortal Heroes wisely, as they will fight for you.
The game is split between two very distinct phases. In the first phase, you will power up your Heroes and get them ready for the upcoming battle through a worker placement mechanic. In the second phase, all Heroes will fight in the arena. This battle royal will have a sole winner, ascending their master to divinity!

Inside Godslayer you will find:

WHO IS THIS GAME FOR?

The game combines aspects from “Eurogames” and from “Ameritrash” games in its two phases respectively. In addition, there is a strong lore and fantasy theme around the gaming experience. As a result, Theosis is a game that needs time to tell its story. So, this is not a filler game or a light game even though its mechanics are pretty straightforward and easy to learn. It also comes with strategy in the first phase, creating your long-term route, and with tactics on the next one, adapting your moves to the fierce battle.

The mini-expansion offers more of everything, giving you more content for greater replay value, making it a must for that price if you get or have the base game. 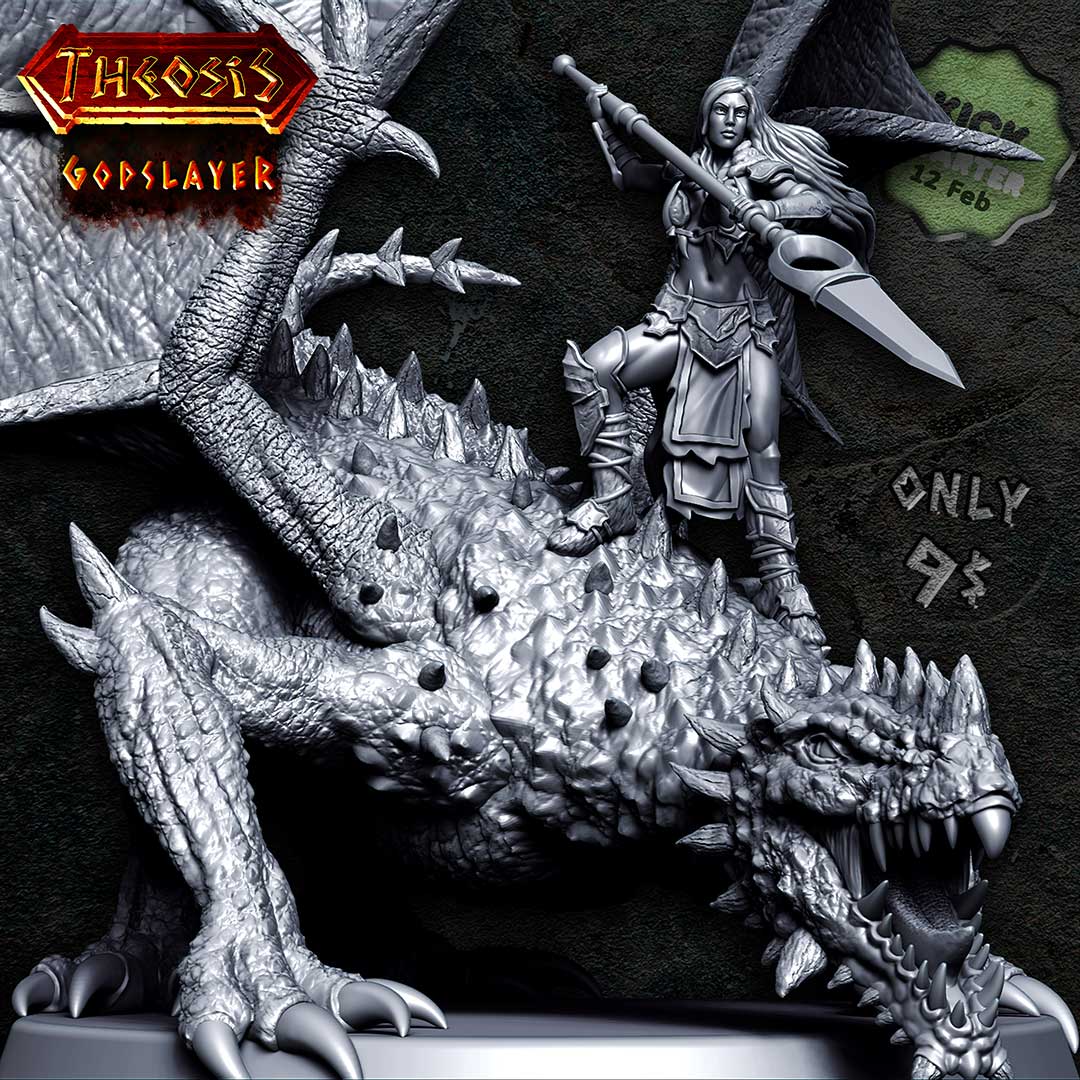 The game is already funded, giving you another chance to get your hands in the base game. If you already own that, the mini-expansion comes at the very low price of $8!

The amazing thing about this campaign is offering it with the Stretch Goals unlocked in the original one! This means that there is a lot of extra content already in the base game. Let’s take a look at these:

As you can see most stretch goals were about upgrading the game quality which is one of the most important aspects in a game for me, given there is enough content.

You can also read the Interview with the creators of the game that will offer you some interesting insights! Make sure to check out their campaign if you find the concept interesting.