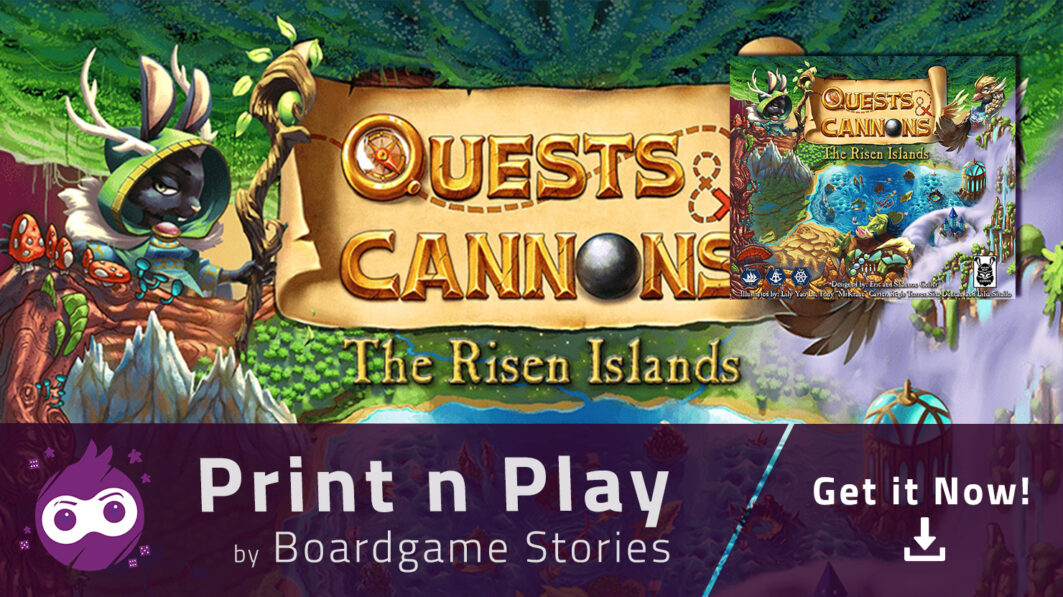 A high fantasy on the high seas competitive, sandbox-style adventure game for 1-6 players.

Quests & Cannons: The Risen Islands takes place in the original fantasy world of Miraheim, where a set of mysterious islands have risen from the sea. With the delicate balance of the world disrupted, the people of Miraheim begin to leave their homelands and to settle on the islands, finding them to be plentiful in resources. Ancient writings have begun to be uncovered telling of a mythical artifact hidden among the islands through a series of map clues that could be the key to restoring balance to the world. Players are adventurers sent from one of the three prominent kingdoms of Miraheim to ensure the prosperity of their kingdom’s settlers as well as search for this fabled treasure that could save their homes.