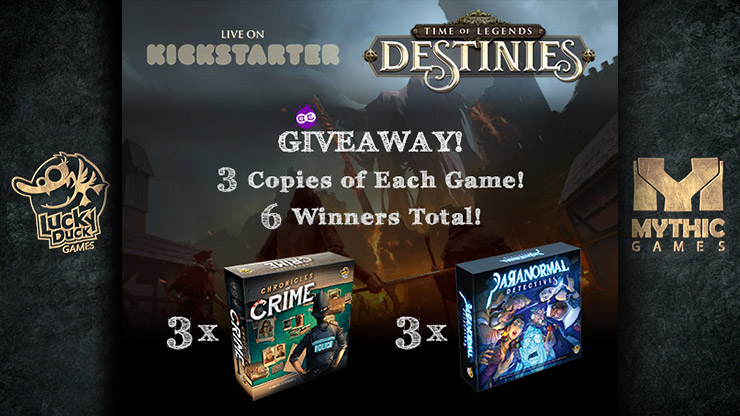 Now on Kickstarter: Time of Legends: Destinies! A competitive, story-driven, game of adventure and exploration, mixing an app and a board game.
( If you want more info here’s a Preview of the Game )

To celebrate this campaign Lucky Duck Games is giving away
3 copies of its amazing game Chronicles of Crime and
3 copies of the long-awaited Paranormal Detectives!

Enter the Giveaway for a chance to win 1 of the 6 Prizes!!!

The prizes will be given away only if the game gets funded. The prizes are shipped by the Producer. The winner is picked randomly and will be informed within a week after the draw! All giveaways follow Boardgame Stories’ Terms and Conditions!