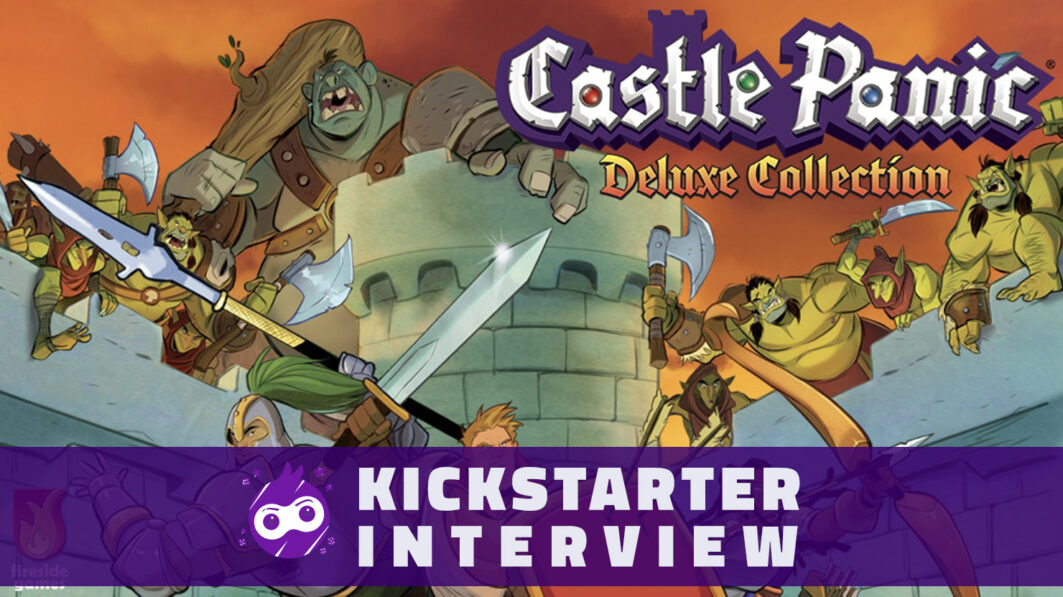 Interview with the creators of Castle Panic!

Castle Panic is now Live and Funded on Kickstarter! We had the chance to get some inside info of the game!

1. Hello! Please tell us a few things about yourself!

Fireside Games has been in operation since 2009, when we released Castle Panic. We’re known for creating accessible, thematic games that are great for luring friends and family into the hobby. Other titles you might be familiar with are Hotshots, Here, Kitty, Kitty!, Bears!, and The Village Crone.

2. Please give us some info about Castle Panic. What is included in the Deluxe Edition of the game?

3. Are there any differences in gameplay compared to the Standard Edition?

The gameplay is time tested, so we left that alone.

4. What was the greatest challenge that you faced during the designing and development of the game?

The greatest challenge was putting together a project this large. We tried to eat this elephant one bite at a time by launching a deluxe version of the base game last summer, but the overwhelming response was that backers wanted all of the expansions with the base game in one box. That was a huge effort, but we’ve pulled it off, with the new surprise expansion!

We’re most excited about the minis. We hired some of the top sculptors in the business, and they did not disappoint. The rotatable bases are so fun to play with. We can’t wait to share them with backers.

6. What is special about Castle Panic? What makes it stand out from other tower defense games?

Castle Panic was one of the first cooperative games to hit the market and has been a favorite for so many people. Some early fans are now teaching their kids to play. The base game is accessible but tense, so it delivers an exhilarating experience that’s great for ensuring a good first time for new players, and the expansions add a variety of dimensions to keep seasoned players challenged.

7. What kind of gaming experience does Castle Panic create?

8. What kind of players are going to enjoy the game?

Families and people new to gaming will most enjoy the base game. More experienced players will enjoy adding the expansions.

9. Spoiler time! What are the future plans for Castle Panic and Fireside Games?

Getting this Kickstarter together and developing the new expansion were heavy enough lifts that we don’t have any additional plans on the horizon for Castle Panic, though we can say for sure we aren’t finished with that world. We do have another game in the works we’re excited about, but we won’t be announcing that until after this Kickstarter. Stay tuned!