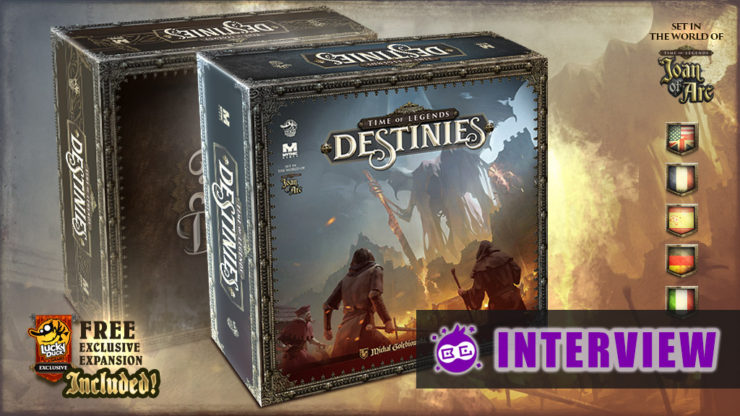 Here’s an Interview with Lucky Duck Games to learn more about Time of Legends: Destinies and the great company behind the game!