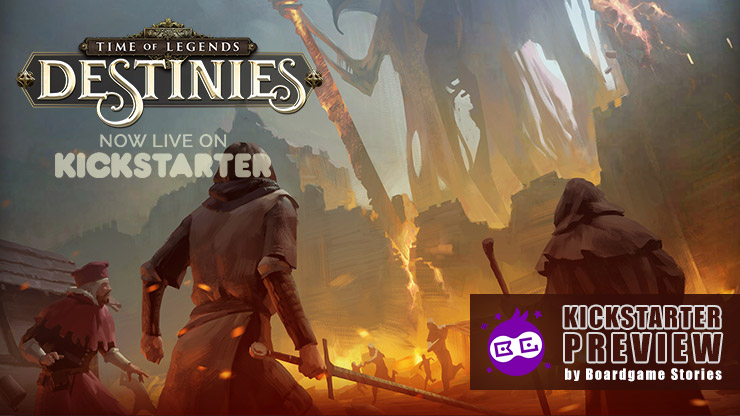 Lucky Duck Games is launching its new system called Destinies through the 1st game of a series: Time of Legends: Destinies! 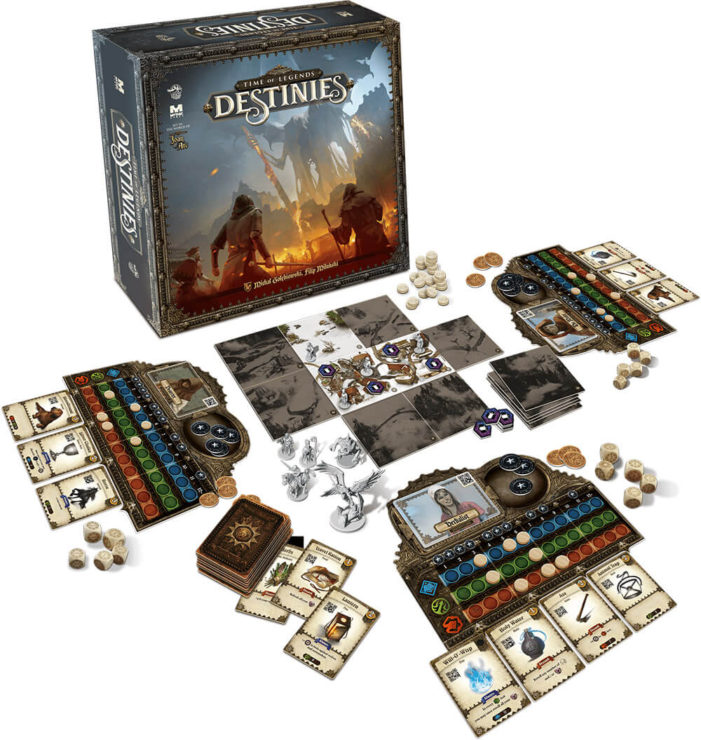 This brand-new system brings a digital DM to your table, offering an RPG-style gaming experience. From NPCs to challenging puzzles, their app has your back. As expected, Lucky Duck Games integrated the Scan&Play technology into the App. An ingenious system that you can experience in the award-winning Chronicles Of Crime. – (Another game you should check out, if you haven’t done already!)

Another unique aspect of this game is that it takes place on the well-received universe of Time of Legends: Joan of Arc, by Mythic Games. This epic collaboration skyrockets anyone’s expectations about the game!

In this preview, we will go over “The Howl” scenario, giving you a taste about how the game works. The game is a competitive story-driven, app-augmented experience for up to 3 players. Playing through a scenario with all 3 characters reveals nearly 60% of the story. This allows you to repeat the story and still have a new experience.

It’s a sandbox-type game where you travel through the land, unraveling and affecting the world’s story. Your journey towards reaching your destiny comes with a rich narrative and challenging choices.

The never-ending rain of 1315, the great hunger, the most ruthless war between England and France, the Black Death, and now… the Angel of Death is coming. The dark times are here, will you respond to that? Following your Destiny, like our only hope, Joan of Arc did. Will you become… a Legend?!

The game takes place in a rich, dark world, where you start as a commoner, trying to make a difference, following your destiny!

All players have a unique Destiny card which indicates at least two possible winning conditions. Thus, being the first player to fulfill your Destiny makes you the winner!

The App will introduce you to the given scenario and all players must follow its instructions.
You will choose a unique character (Deserter/Herbalist/Maire) and get all player components in front of you. The App indicates your character skill values and how to construct the world map.

Take the device you are using and click on any tile that is up to 2 tiles away from your location. If you end up on an explored tile, you must choose a Point of Interest to visit (explained below). In case you end up on an unexplored tile, flip it, set up the Points of Interest and choose one to visit. In that case, you also place new tiles around the newly explored one, face down (fog of war side up).

You have 2 Main Dice and 3 Effort Dice at your disposal, with both types used for skill tests (see tests). The former type is available each turn while the latter are expendable. Nevertheless, you regain an Effort Die at the start of your turn!

You can use experience points to upgrade your skills by placing a new marker on the skill row of interest. Each such marker adds to your probabilities of succeeding on a skill test.

Points of Interest are marked with their unique tokens or 3D minis, indicating an NPC (Non-player character).

When interacting with such an element, there will be certain options available to you, indicated by the App. The possible options are the following:

Events may trigger at any time, bringing great changes to the game’s state. Time Of Legends: Destinies is a breathing world through its App, so get ready to dive into a new world!

An Epic Finale indicates that a player met their Destiny’s condition and they are ready to face their… destiny. A new icon in a Point of Interest form will be available that triggers an epic finale. If you trigger your epic finale you must go through a series of tests and challenges, that may take several turns to complete or fail them.

Fulfilling your epic finale, thus your Destiny, makes you the winner of the game!

The application will be available on mobile(App Store & Google Play), PC, Mac and Linux! Letting you play the game with your device of preference.

A scenario editor will be available on Pc & Mac. A powerful tool that allows you to create your own content with the same components used in the game, and share it with the world!

Link to Joan of Arc

Time of Legends: Destinies is a standalone game but there will be some components compatible with Mythic Games’ Joan of Arc. This is great news for fans of both games!
Additionally, Destinies comes with the miniature quality that Mythic Games is known for, creating a consistent spin-off.

When diving into a game with strong narrative you have to be in the right mood. Having a clear mind, ready to be playful and adventurous are vital for a great experience. Even though the game is light in terms of complexity, it still needs your attention so you can dive into your role.
Another element to keep in mind is the app companion. Since you will be using it on each player’s turn you have to be comfortable in playing while consistently following the App. Have a good piece of thematic music playing and create a nice atmosphere to further enhance your adventure!

That’s the closest a digital RPG experience has ever been to our tables. If you are a fan of classic RPGs, the ones with a thick plot, meaningful choices and enough freedom to let your mind wander, this might be the experience you are looking for. If you are an explorer, an adventurer at heart, and you don’t mind blending the digital and physical worlds, you should dive into this one. This is not a Euro-style game where you can start thinking of a strategy while hearing the rules. It’s a game that awaits to be discovered and be molded by your choices.

Lucky Duck Games did it once again, creating one of the most professional and well-done campaign I have ever seen. It’s straightforward and clear, detailing all the information that you may need about their campaign. Even the pledges are clean! There are only two of them:

A Twist on Stretch Goals

That’s my favorite part of the campaign. Rewarding backers in meaninful ways, adding value to their support.
The Myth and Folklore expansion will be given for free to all backers. But here is the twist: Every two days backers will get to vote for Myths, Enviroment and Twists, creating the 3 one-shot scenarios of the expansion, together!

Are you a fun of game with strong narrative, that makes you travel into distant worlds? Then make sure to check out Time Of Legends: Destinies on Kickstarter! 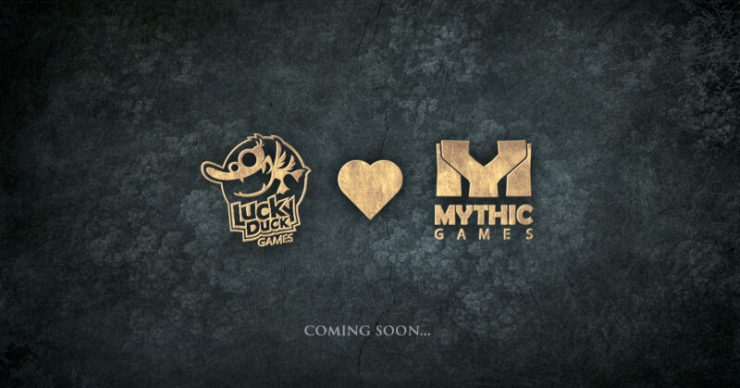