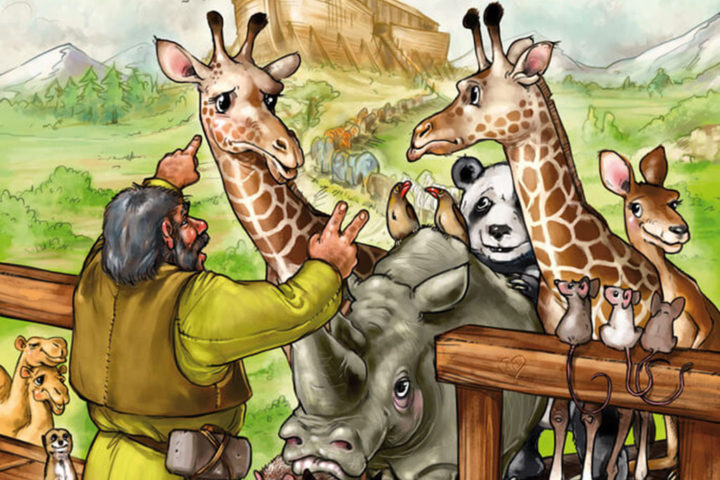 Animals on Board – Gather the Animals and Fill Your Ark!

Animals on Board is a game in which each player has an ark and aims at gathering as many animals as possible on it. But unfortunately, Noah has a monopoly on animal pairs, and what is more, he has passed a law, according to which no pairs of animals can be owned by others. Yes, that’s true! For this reason, players should gather one animal of each species or a herd of three or more animals, according to which they will collect points.

At the beginning of the game, each player draws three animal tiles, picks one and places it in his ark, without showing it to the other players. The animals that are not chosen by the players are placed face up in the center of the table, however there will always be one animal face down. Moreover, each player starts with a food crate and he cannot have more than five until the game ends.

The game ends when there are at least ten animals in an ark. Before counting the points, you should remove any pairs from the ark, because of that stupid law! Single animals score the points depicted on their tile, whereas herds score five points each.

Animals on Board seems to be a really fun and simple game with an interesting theme. So, get ready to fill up your arks! 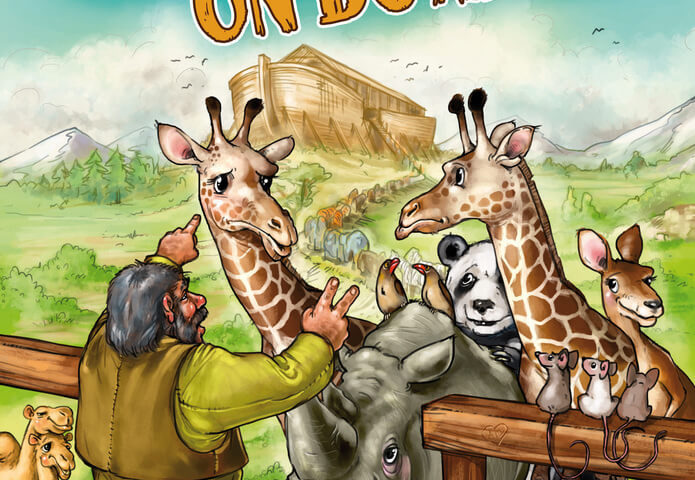 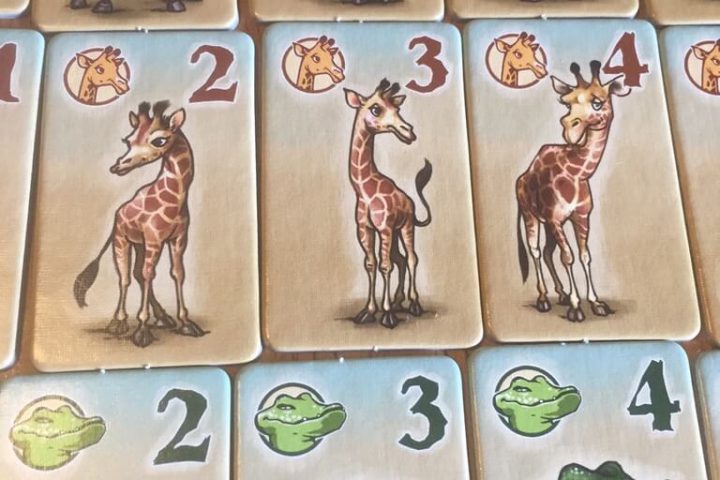 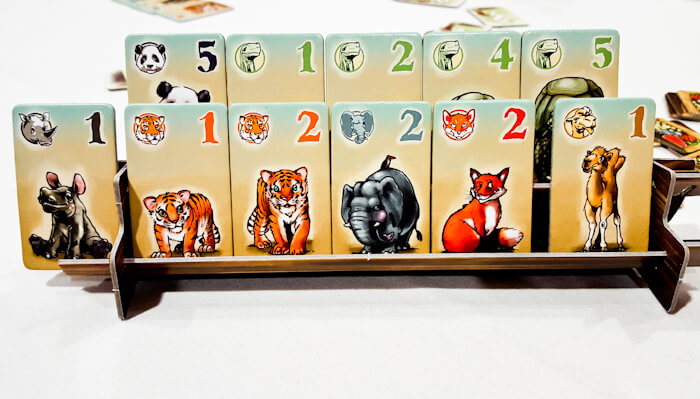