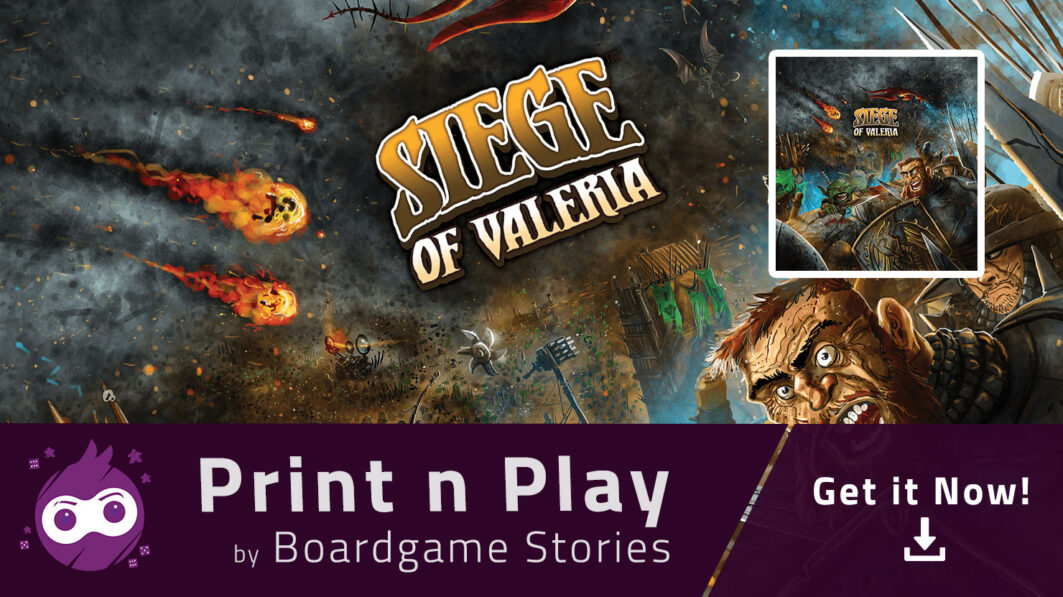 An army of monster-kin has lain siege to your fortress, but time is running out..!

Siege of Valeria is a dice and cards castle defense game designed by Glenn Flaherty.

An army of monster-kin has lain siege to your fortress. Wave upon wave of troops assault your castle walls and deadly siege engines bear down upon you. Your soldiers and wizards are assisted by hearty champions as you battle the horde, but time is running out and the walls are starting to crumble.

The game is purpose-built as a solo game. It has a stand-alone game mode and, when you’re ready for a real challenge, there’s a campaign mode where your performance in one siege affects your abilities in the next battle.

From the team of Boardgamestories…