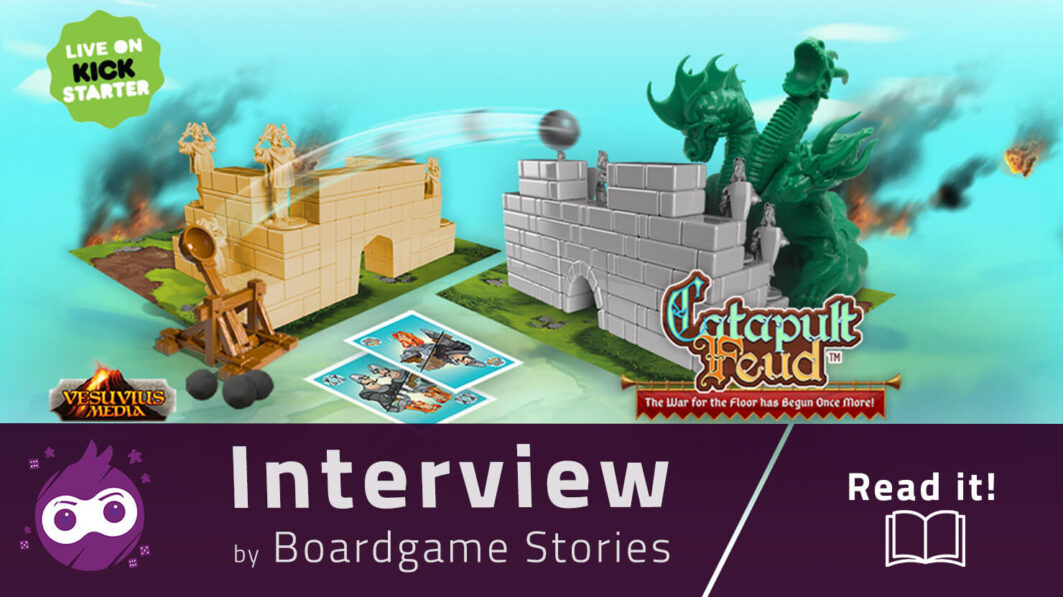 The hit family game, Catapult Feud, is back on Kickstarter with a new fiery expansion, the Hydra!

Catapult Feud is a boulder launching, castle smashing, dexterity game for the whole family. Players build castles, set up their troops, load the catapults and use cunning tactics to conquer the floor!

Designed by Kristian Fosh, the game engages the imagination by immersing players in a medieval-style battle between kingdoms. Players choose one of two families, either the Chauforts or the Cunningfields, then build a castle out of plastic bricks to fortify their troops. Using Action cards and a catapult, players launch rubber boulders in an attempt to destroy their opponent’s castle and knock over their troops. The family with the last troop standing wins the game! 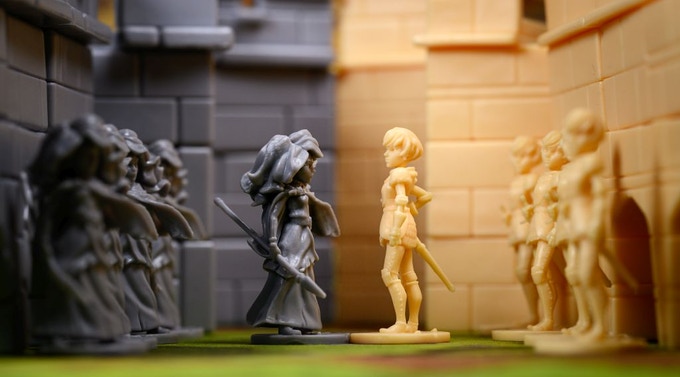 Please tell us a few things about Catapult Feud, the concept and the idea behind the game!

I designed Catapult Feud as a family game, so it would be fun for players of all ages. The weapons are all fired differently to let players find their favourite playing style and see what works for them. It’s really all about playing your way. The blocks allow for almost limitless building potential (especially with the new Architect’s Pack!) and the weapons should allow for the same level of, um, personal expression! I recommend trying out as many of the weapons as you can and seeing if you are a Catapult lobber, a Plunger puncher, a Ballista sharp shooter or all of the above! 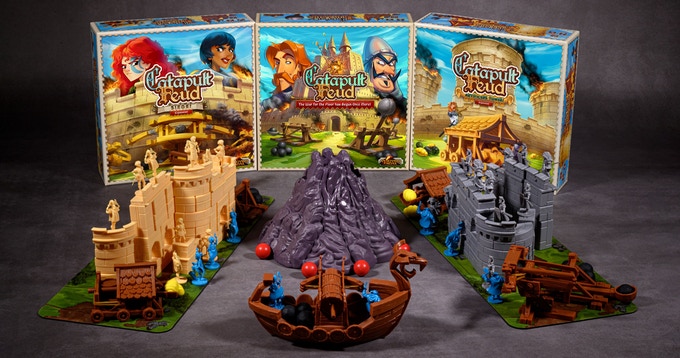 Which weapon is your favorite and why?

I’m old school and always go for the Catapult. It’s fun, has a great feeling when you launch, is accurate enough that you can aim well but it’s also made to have a luck element to it so you get an awesome feeling when you score a hit and take out your opponents crucial block and his impenetrable castle comes crumbling down! 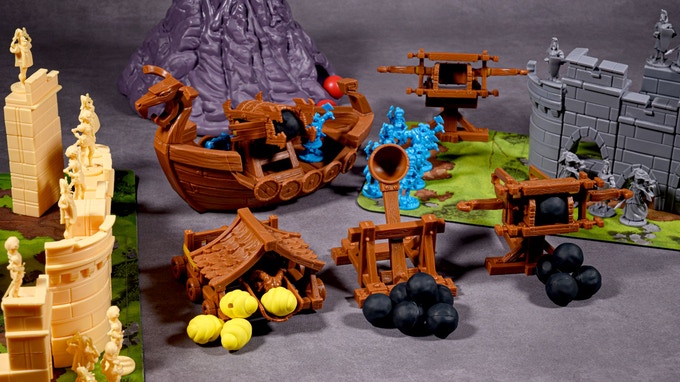 What does Hydra expansion add to the game?

The Hydra is a mix of monstrous joy and childhood nostalgia. It’s huge, intimidating, and makes for a glorious set piece. The creature has a character all its own and I always like to think it looks like the middle head is telling bad jokes that it finds hilarious and that the other two are just cringing at! And it is so good to shoot with – it’s a great balance of power and fun! 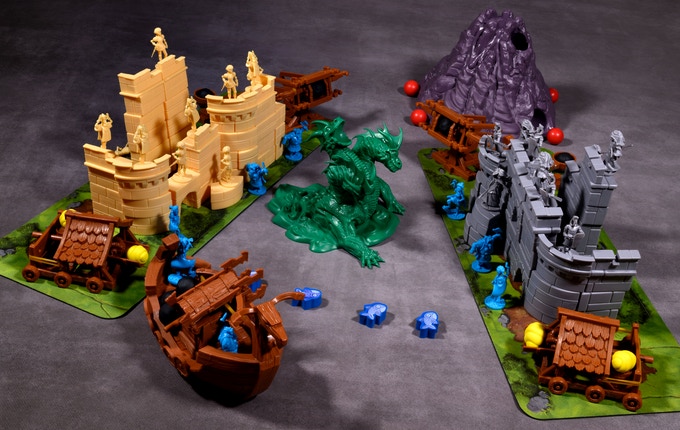 There are so many expansions and weapons. Can all these be combined together to create one massive play set and an incredible game experience?

The game has come so far since the initial two castles I was 3d printing for me and my two boys. Honestly, the more you can combine, the more incredible the castles become – which makes them all the more fun to destroy, of course! When we decided what was to go in the core box, we knew we had to give our players the same joy and fun that we’d been having since we were kids. What you get there is that joy of construction and destruction. You combine that with more bricks, more weapons and crazy characters to target and you are in for one amazing experience. That’s all we’ve ever wanted for our players, however many box sets they can bring to the tabletop or play room floor. 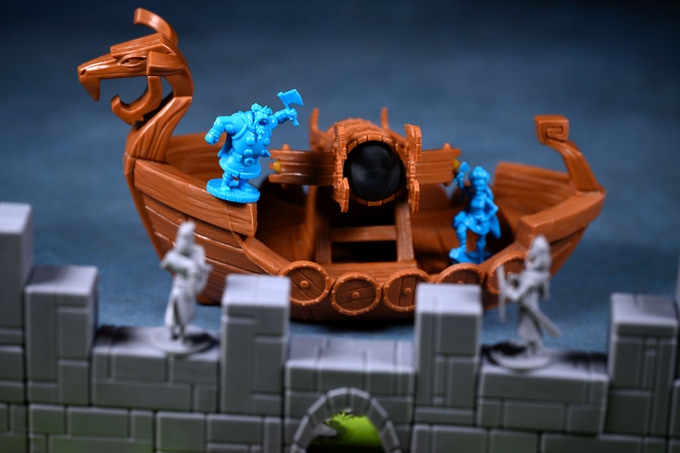 What coming up for Catapult Feud?

The great thing about Catapult Feud is that the skies the limit! New armies with their own unique castle types, themes and mats. As long as people keep enjoying it, we’ll keep expanding it! 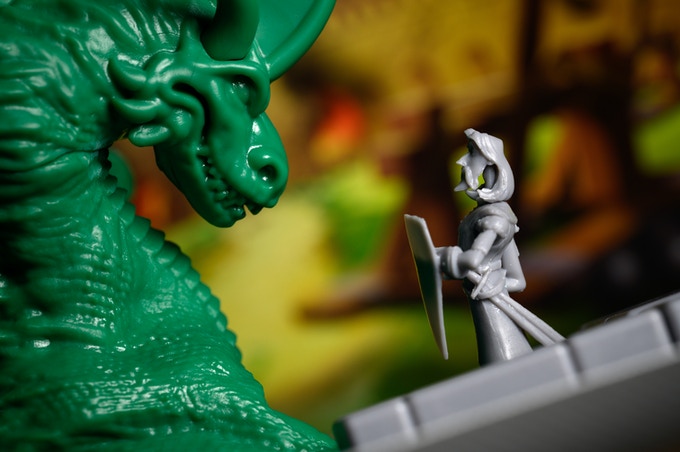