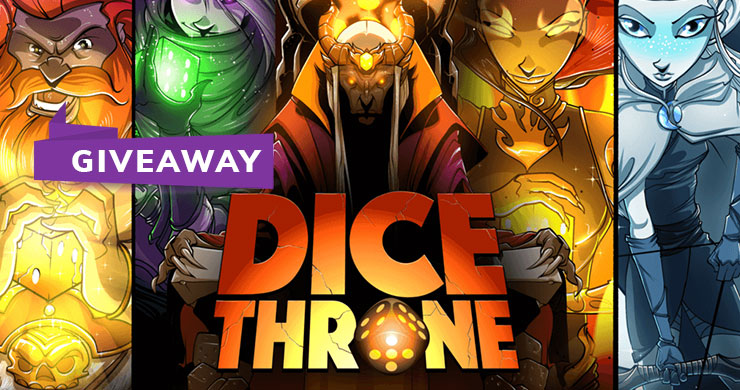 Dice Throne Giveaway and Exclusive Interview with the Creators of the Game!

Dice Throne is now live on Kickstarter!
A few days ago we published an article about Dice Throne! Today we have a giveaway of the game (scroll down) and an interview with Nate Chatellier the designer of the game.

What inspired you to make “Dice Throne”, a game that combines tactical card play and dice?
Having created games for Disney, Pixar, Nickelodeon, Nick Jr, Mattel, & even the casino floor, I have an extensive background in video game development & design. I always thought about doing my own IP. I personally loved mobile games that combined popular well-known mechanics with RPG twists (like Puzzle Quest, Bookworm Adventures, Nimble Quest, etc). I was trying to think of a mechanic that this hadn’t been done with yet and landed on Yahtzee. ‘Wouldn’t it be fun if you took the core idea of Yahtzee, but added hero classes, battles, upgrades, loot, & glory?’ I pitched the idea to the incredibly talented designer and comic book creator Manny Trembley. He loved it and we began our partnership making a mobile video game called “Dice Forge”. We put together a prototype quickly and it was already feeling quite fun. We would go on walks together and brainstorm what we could do with the brand. We frequently talked about turning it into a tabletop game one day. We both love tabletop games and kept wanting to play this incredibly fun sounding game we had a vision for. So finally, it just hit us—why wait?? Within a couple of days, we had successfully converted our digital game to a tabletop game. We had such a blast playing it, there was no doubt we had landed on something special. We changed the name to Dice Throne and never looked back.

What kind of gaming experience do you want to create with this game?
We wanted a game that was easy to learn, but also had great strategy. Something that our casual-gamer friends would enjoy, but something that our hardcore gamer friends would love just as much. We wanted something that played quickly (30 minutes), but also had amazing energy, build-up, & emotional highs. We are thrilled to say that this is exactly what Dice Throne is.

What was the greatest challenge that you faced during the designing and development of the game?
We both love rolling dice. We like the sound, the feel, and the intrigue of the outcome. But we didn’t want a game so based on luck that you might as well play Bunco. So we set out to create cards & abilities that could fix your dice, mess with your opponent’s dice, or make tactical choices on which dice to keep and which to reroll. We often hear, ‘I don’t normally like dice games, but this is incredibly fun!’ It was a fine line to walk, but we (and our countless pool of play testers) are truly pleased with the outcome!

What is your favorite element/mechanic of the game?
Dice Throne is all about the heroes. They each play so different from one another—perhaps you want to be the slippery Moon Elf, the mighty Barbarian, or the impenetrable Paladin? If larceny & stealth is more your style, then the Shadow Thief is for you. Harmonize with the Monk’s Chi, or call upon devastating magical forces as the Pyromancer. They each create totally unique game experiences. Compound that with the potential partner combinations in a 2v2 matchup and Dice Throne has an incredible amount of replayability.

What kind of gamers is this game suitable for?
In the early days we joked that this game is “casually competitive.” But this felt like a death sentence to say to the world since it would likely isolate both crowds. However, after such extensive play testing by so many gamers of all types, we have realized that this truly is an accurate depiction of Dice Throne. For the casual player who wants an easy-to-learn, quick & fun game with friends, they will feel right at home. For the competitive tournament-going player, there are so many strategies, tactics, and countertactics to learn, they will keep coming back for more. It has even been satisfying to watch spouses who normally don’t play games together due different style-preferences, thoroughly enjoy playing Dice Throne with each other.

When will be the launch of the Kickstarter campaign?
January 25th, 2017 (please tell all of your friends!)

Can we expect more Heroes coming to seize the throne through an expansion or a successful campaign?
Absolutely! We have sooooo many ideas for new heroes and we receive frequent hero suggestions from play testers as well. The base game includes 4 heroes (Barbarian, Moon Elf, Shadow Thief, & Pyromancer). Through kickstarter stretch goals, we hope to unlock the Monk & Paladin. If all goes accordingly, we plan on releasing new heroes with regularity (and even new game modes, such as a co-op boss battle)!

What would be your number one tip for new designers out there?
Consider the games that are most fun to you. Why are they fun? What new twists or mashups can you design based upon the games that you enjoy most? Make something that you love. We have put a huge amount of hours into developing Dice Throne, but it’s such a passion project, it has never felt like work.

What else can we expect in the future from Mind Bottling Games?
As long as our fans are asking for more Dice Throne (heroes, game types, etc), we hope to give it to them. After that? Well, let’s just say that there is no shortage of game ideas bottled up in our minds! 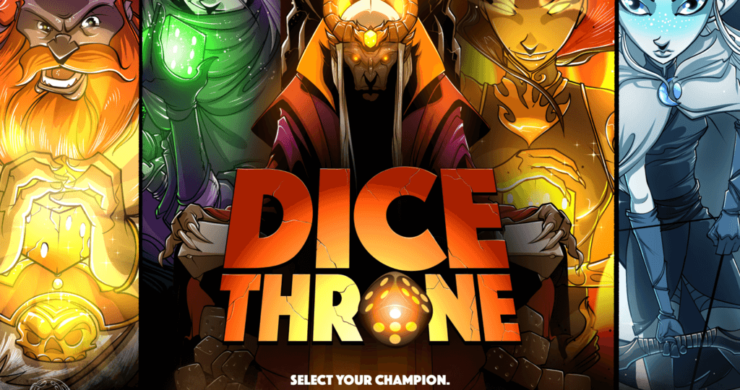 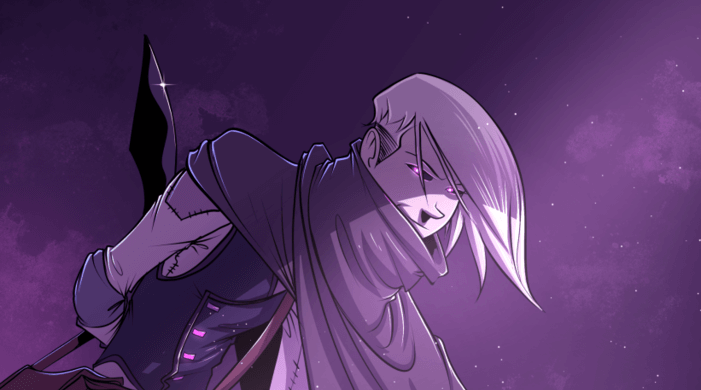 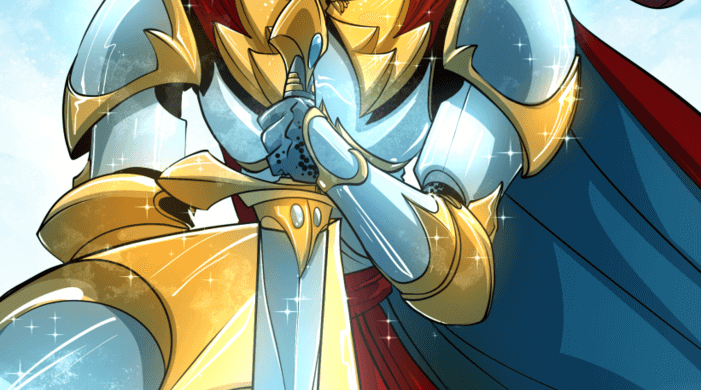 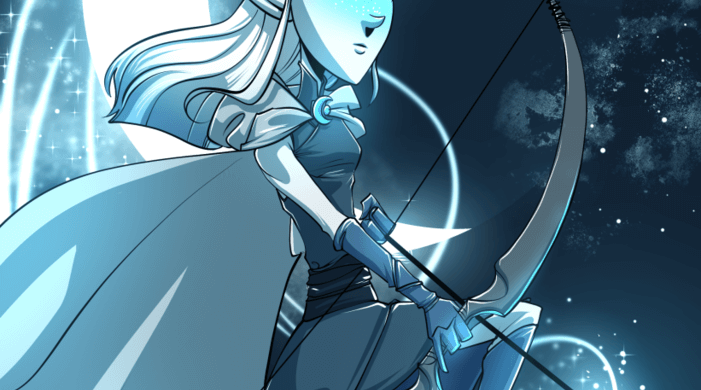 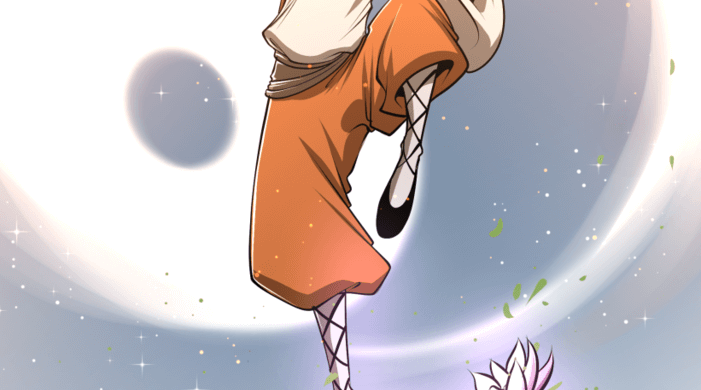 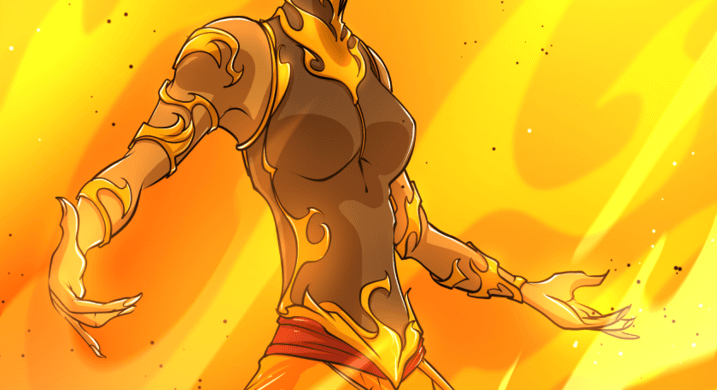 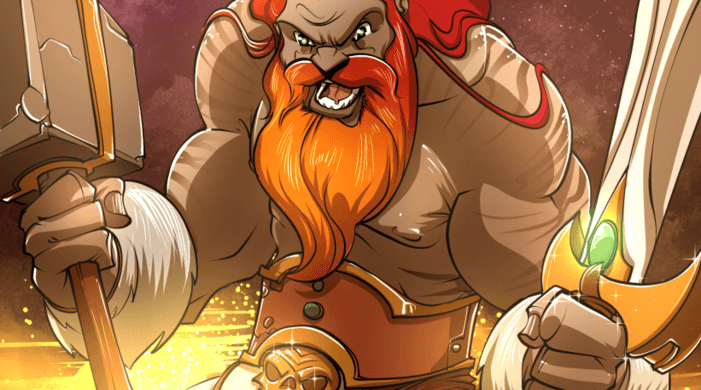 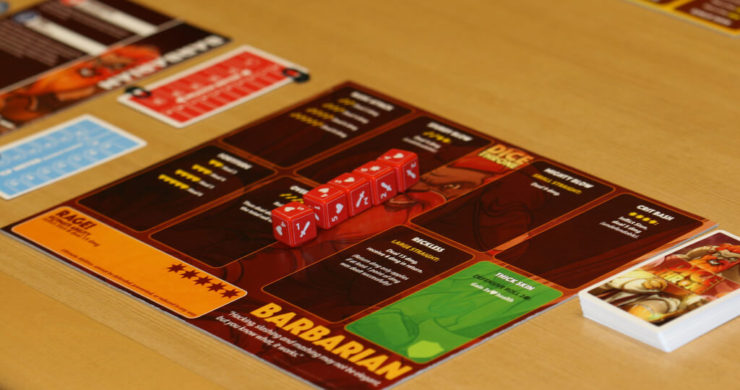 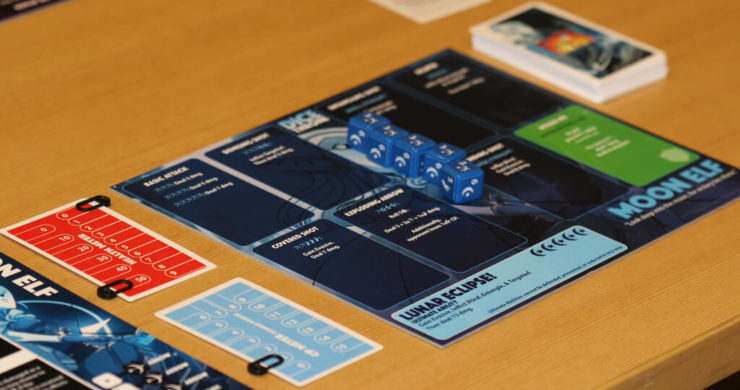 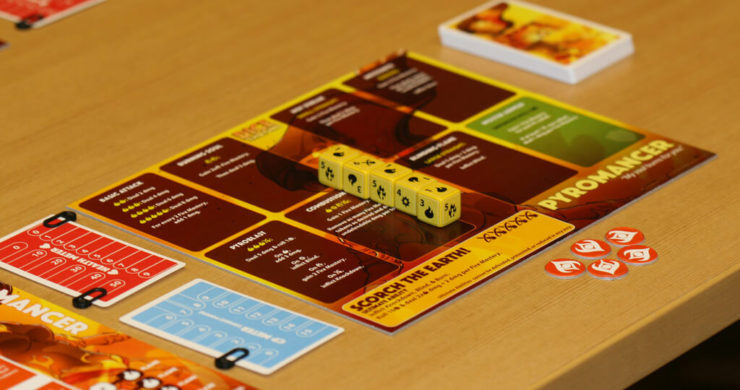 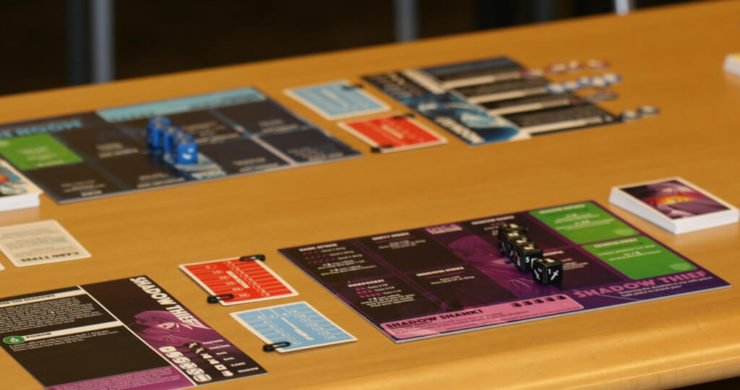 Mind Bottling Games is giving away 3 copies
of this great game!

3 Lucky Winners will get a copy of Dice Throne!
Complete the actions below and get as many entries as you can for a chance to win!
Get an extra entry by commenting on this article! Help Dice Throne get funded and get a chance to win a copy of the game!

The Giveaway ends the same day the Kickstarter Campaign of Dice Throne ends. The winners are picked randomly and will be informed within a week after the draw! All giveaways follow BoardGame Stories’ Terms and Conditions!