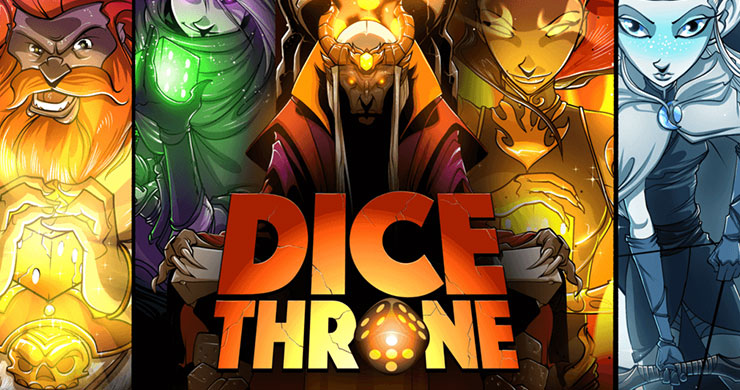 Dice Throne – Coming Up on Kickstarter

We are really excited to announce that in 3 days from now Dice Throne will be on Kickstarter!
On the same day BoardGame Stories will make a giveaway with 3 copies of the game! Stay tuned!

Dice Throne has been selected by PAX to be part of the PAX South Indie Showcase which will take place on 27th – 29th of January in San Antonio, Texas!
About a month ago Nate Chatellier reached out to us and asked us if we could make an article and a giveaway of his game!
I clicked on the link he sent me and as I scrolled down the website I was feeling more and more amazed by what I saw and especially by the artwork of the game. Then I scrolled back up to see the video (the one I’m sharing below) and that was it! The game totally had me! I was like “…man I wish I had this game on my table right now!…” Even now, that I’m writing this article I feel exactly this way!

Dice Throne is a game where each player chooses their hero and tries to reduce their opponent’s life to zero before others do. The strategy you are going to develop and your gameplay depends on your hero choice, so picking the right hero for you is a key factor in this game. You may choose to play with the impenetrable Paladin, the stealthy Shadow Thief, the slippery Moon Elf, the mighty Barbarian, the Monk or the Pyromancer.

Each hero comes with a hero board, where all decisions are made during battle and which depicts the hero’s Offensive Ability, the Defensive Abilities, the Ability Cost, the Ultimate Ability and the Status Effect area.

Each turn consists of various phases. The Upkeep Phase, where players apply any status effects, the Income Phase, in which you gain 1 combat point and the Draw Phase for drawing a card from your draw pile. Then, the first Main Phase follows, during which you play Main Phase Action cards and Hero Upgrade cards, while you may also sell cards. The first Roll Phase comes next and it’s the offence, where you roll dice and activate abilities. In this phase, after your first roll, you may set aside any dice that you would like to keep and then re-roll the rest of the dice, having in this way a total of three rolls.

The final outcome of the dice will determine the ability you will activate according to the Ability Cost. The second Roll Phase follows and it’s the defense, in which if your opponent deals damage to you as a result of their Roll Phase, your Defensive Ability may be activated. Then, there is the second Main Phase, which takes place after the combat ends and it is identical to the first Main Phase. The Discard Phase is the last one before your turn ends and this is where you sell cards until you are within the maximum 5 card limit.

Dice Throne is going to launch on Kickstarter on January 25th and is an easy-to-learn game that takes a lot of strategy, however it can be played by all kinds of gamers.  It looks like a great game, super fun, with great mechanics and I would love to see it funded so I get a chance to play it!

Nate Chatellier was kind enough to provide us with images of the game and the exceptional artwork created by Manny Trembley. 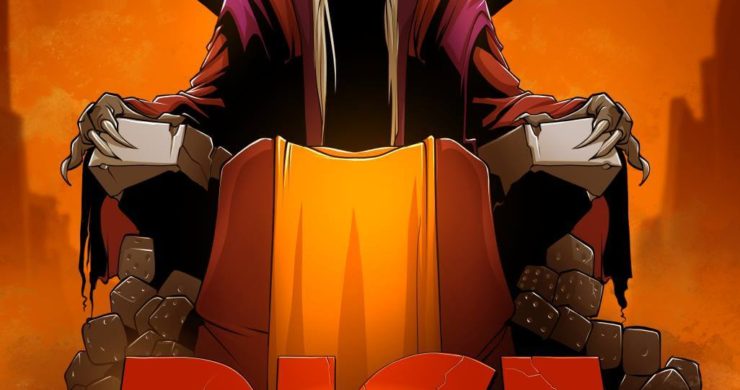 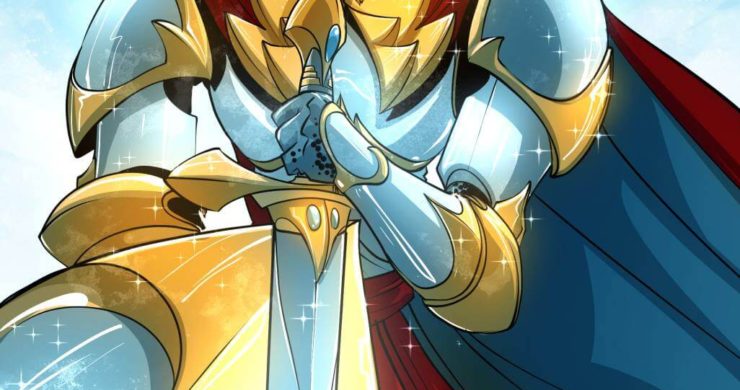 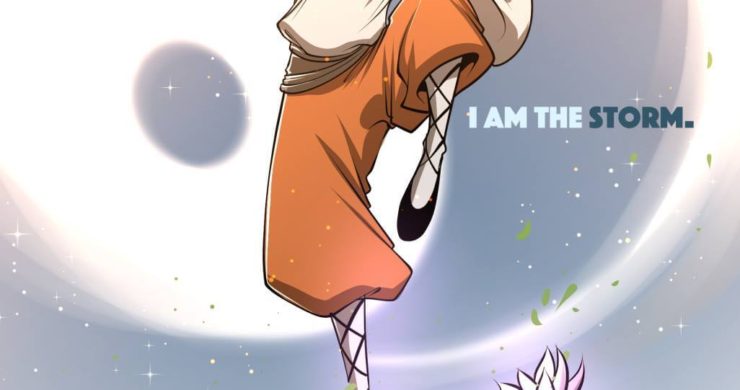 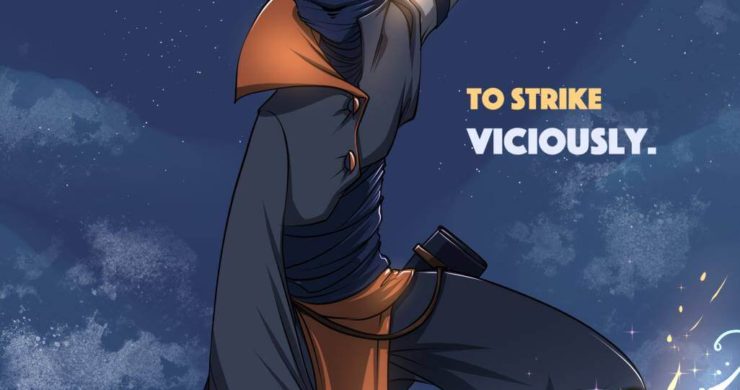 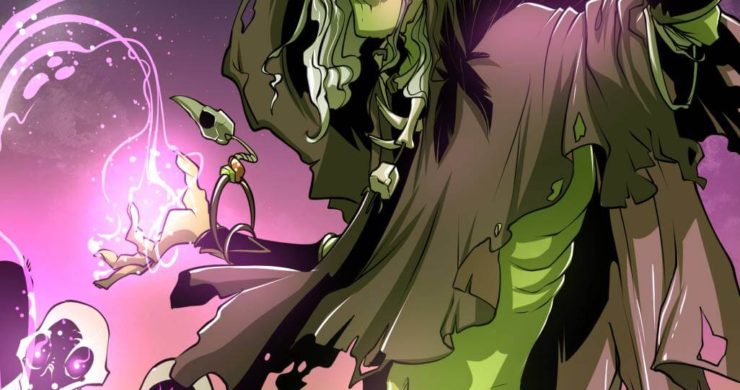 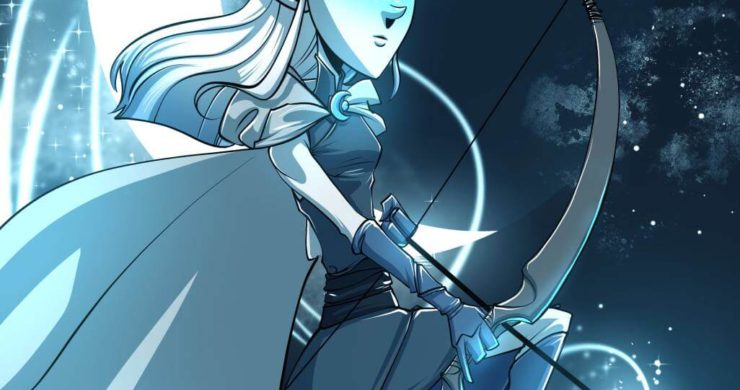 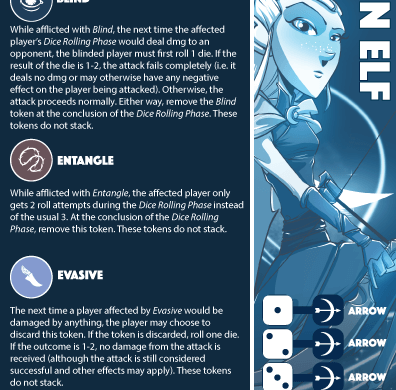 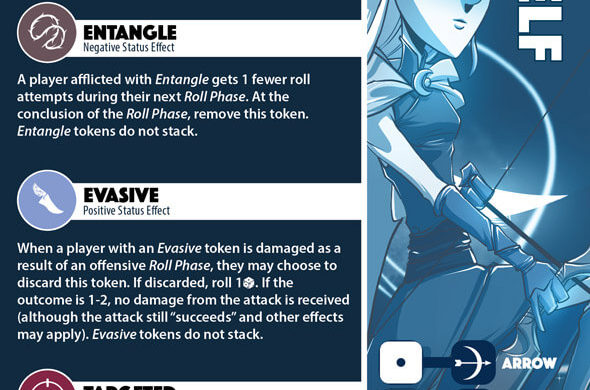 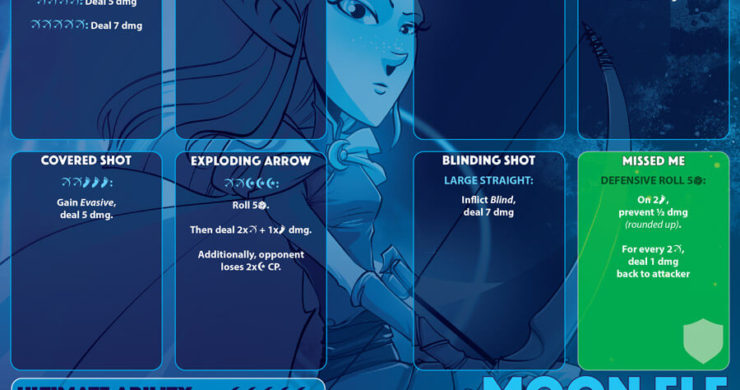 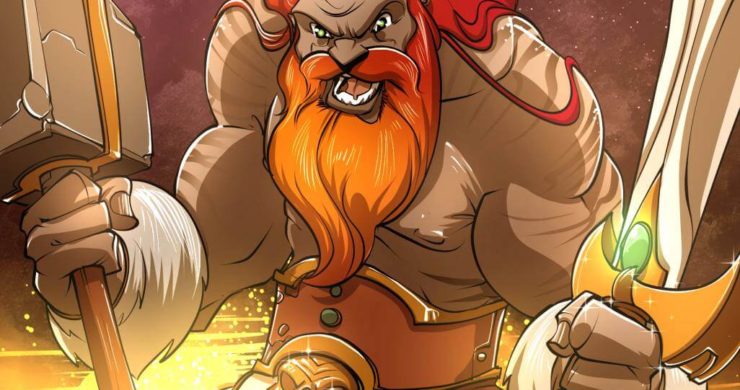 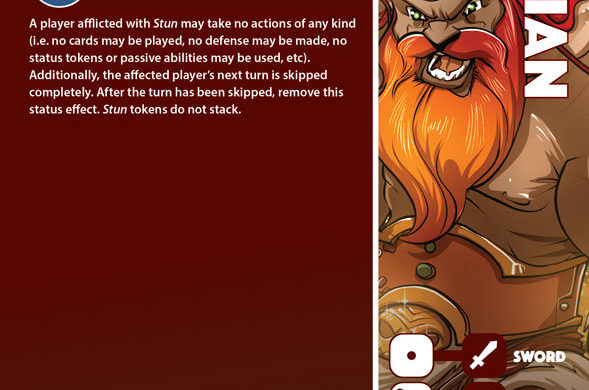 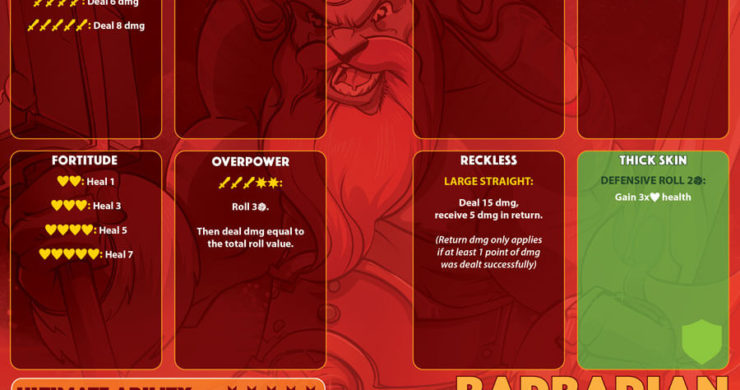 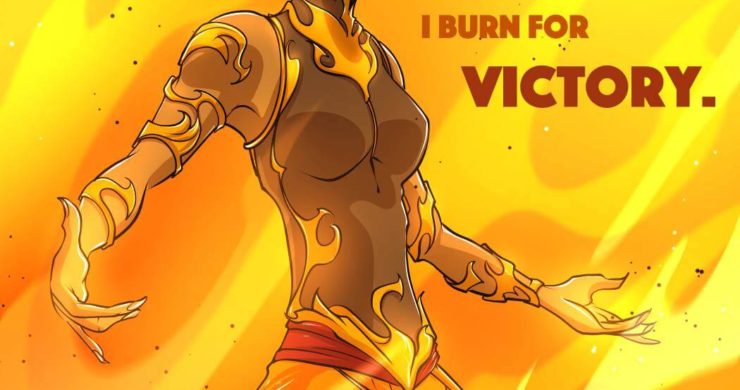 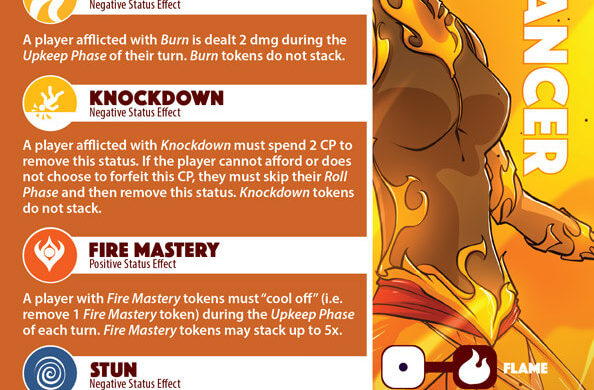 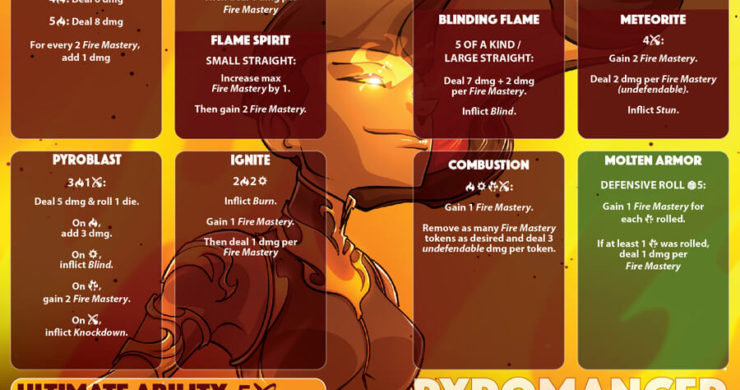 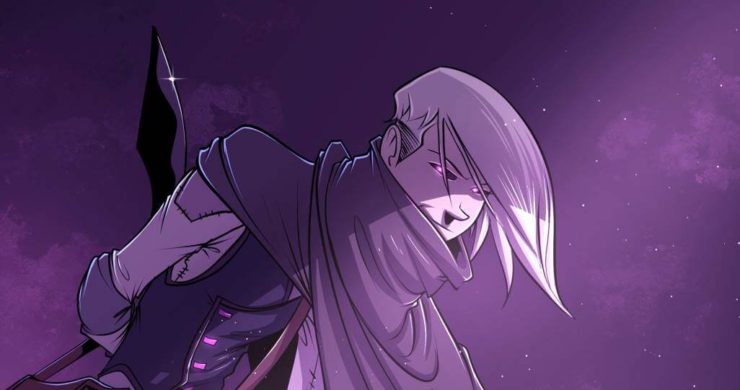 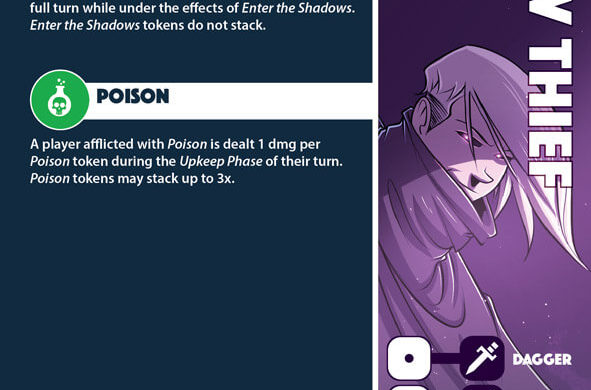 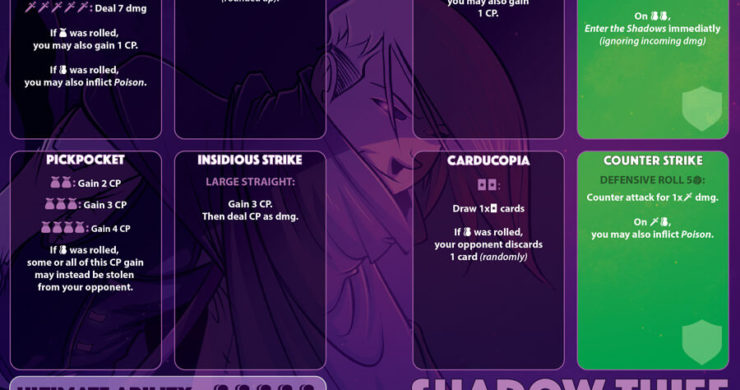