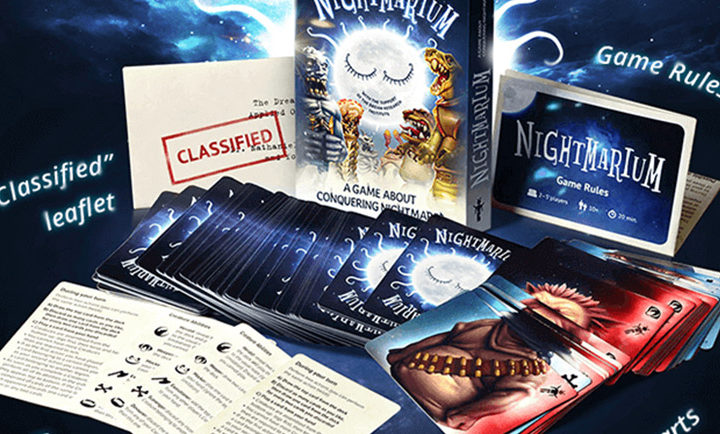 Nightmarium is not a new game, but it has already been a great success in Russia and Eastern Europe, and now is expanding with an English edition.

Nightmarium is a fast game, where you have to create surreal creatures by combining their body parts and then trigger their hair-raising powers. However, you should be careful, since these creatures are not to be trusted and may become unstable and hostile, and eventually you may lose control of them. They are capable of attacking each other or even disintegrating, but the truth is that you need them, in order to achieve victory and become the ultimate Master of Terror!

You use the “body parts” cards to make your creatures. Some parts can only be used in one place, whereas others can be used in many different places on a creature. Each part has a special ability on it. When you have completed a creature, placing every part to its body, you perform all of its abilities, which are activated one at a time in a very specific order. Moreover, you cannot refuse to perform them. These abilities can help you do many different things, such as playing an extra card from your hand, drawing extra cards, removing parts of enemy creatures and more. After all abilities have been performed, you’d better be prepared for what is going to happen next!

The player who has completed five creatures immediately becomes the winner of the game.

Do you sleep well at nights or do you by any chance have terrifying creatures in your dreams..?

Nightmarium has been running on Kickstarter and there are still a few more days to go. 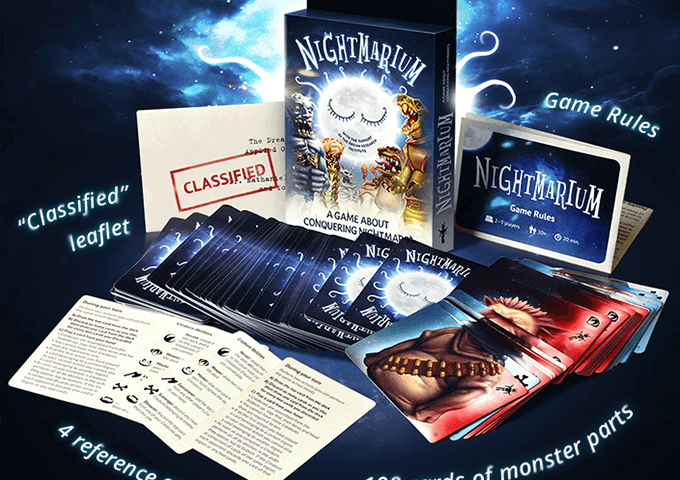 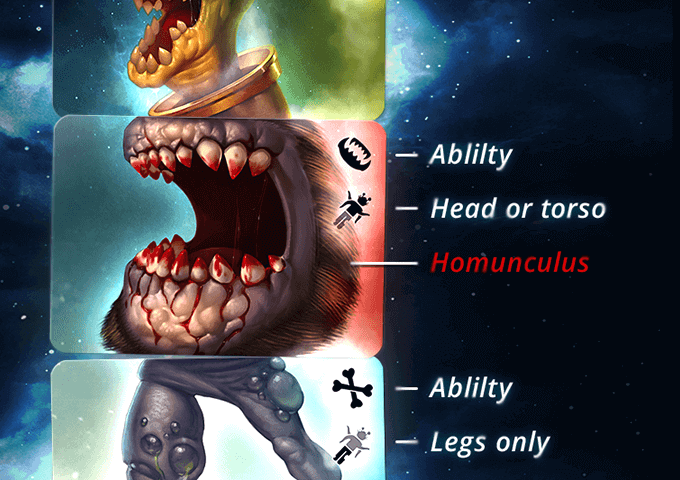 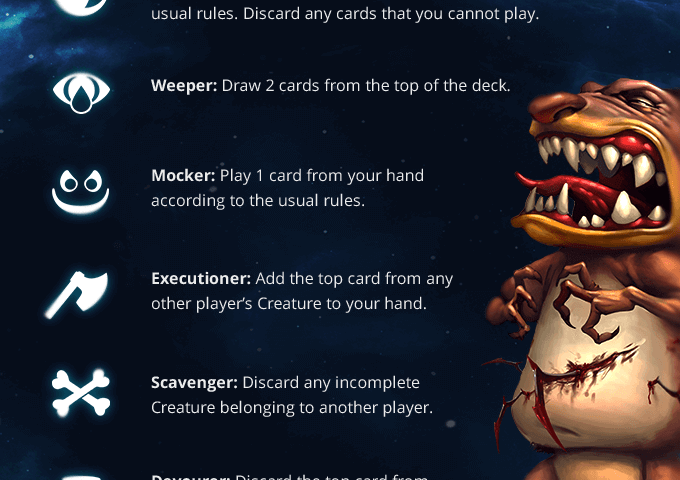